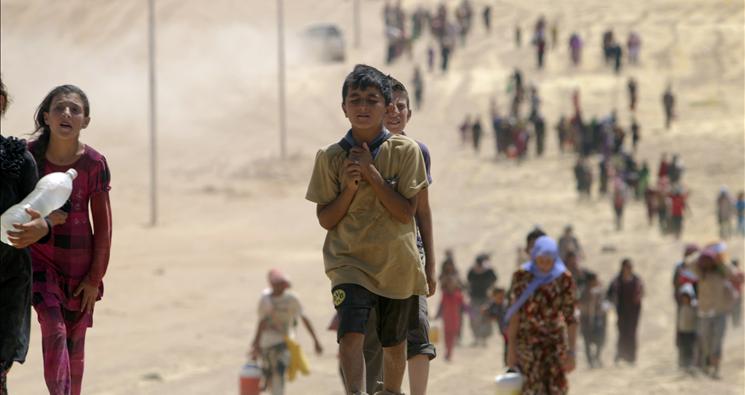 For months ISIS and Hamas have committed unimaginable war crimes.

Yet President Obama just told the world, “we don't have a strategy.”

Even worse the United Nations has sided with Islamic terrorists against Israel. They’re investigating Israel – not the terrorists – for war crimes.

How many more Christians and Jews must be slaughtered before we will act?

Stand with us and send a clear message to President Obama and the U.N.: Confront jihadists, defend Israel, and protect Christians. Sign our petition today.

To President Obama and the United Nations:

Jihadists are murdering Christians and seeking to destroy Israel. The world must confront jihadist terrorists before it is too late. Stop focusing on pursuing Israel for alleged war crimes – for defending its citizens. Target terrorists and stop the slaughter of Christians.

We’re working in Congress, the UN, and Jerusalem to confront jihad, defend Israel, and protect Christians. Support our work today.