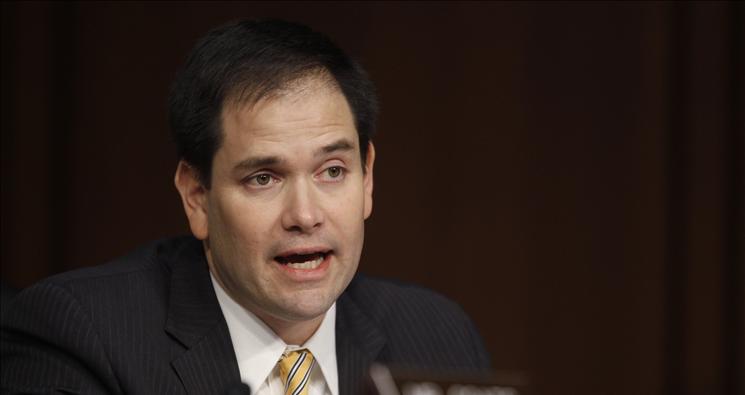 Opposition to funding our enemies is building.  Just days after news that Congress cut the State Department’s request for Egypt funding, Senator Marco Rubio of Florida introduced an Amendment calling for tough new conditions on aid.  Speaking from the Senate floor, Senator Rubio noted that foreign aid isn’t charity but is designed to “further our national interests.”

Senator Rubio’s conditions require Egypt to demonstrate with actions, not just words, that it an ally of the United States.  The list of conditions is long, but include a requirement that the Secretary of State certify:

(A) The Government of Egypt has adopted and implemented legal reforms to protect the political, economic, and religious freedoms and human rights of all citizens and residents of Egypt.

(B) The Government of Egypt is not acting to restrict the political, economic, or religious freedoms and human rights of the citizens and residents of Egypt.

(C) The Government of Egypt is continuing to demonstrate a commitment to free and fair elections and is not taking any steps to interfere with or undermine the credibility of such elections.

And until such a government exists, it should not see another dime of taxpayer money.