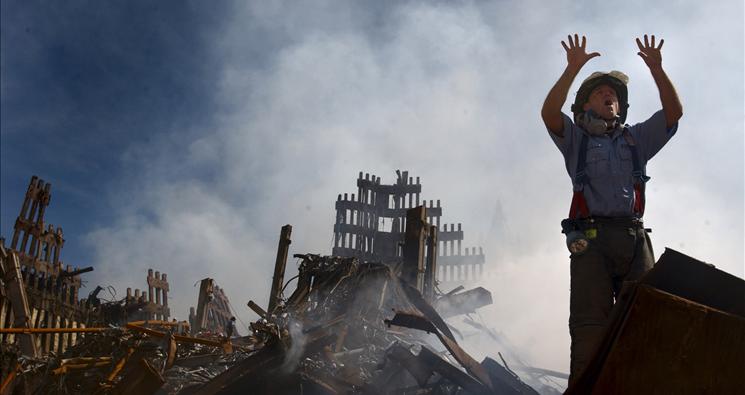 As the 10th anniversary of the horrific events of 9/11 approaches, the nation will remember the tragic terrorist attacks that murdered thousands. It will be an especially difficult time for the families and friends who lost loved ones that fateful day. But for those attending the memorial at Ground Zero, it will be even more difficult.

New York Mayor Michael Bloomberg says no clergy – of any faith – will be invited to participate, and there will be no prayer to commemorate the anniversary of 9/11. Stand with the ACLJ and help send a united message to Mayor Bloomberg:

Change the policy. Permit prayer — a powerful source of comfort for so many who are still suffering. Prayer must be a part of the 9/11 anniversary. Add your name to our Letter of Protest now!

As a concerned citizen, I’m outraged by your plans to exclude clergy and prayer from the national ceremonies marking the 10th anniversary of 9/11. Faith played a vital role in the aftermath of that tragic day — and faith should not be so blatantly absent from its commemoration.

Prayer is a powerful source of comfort for many who are still suffering — and it should be a part of the 9/11 anniversary. I stand with the American Center for Law and Justice — and countless other Americans — in urging you to change your damaging policy now.

Please encourage your friends to sign and donate by sharing this petition.
Latest in
Establishment Clause