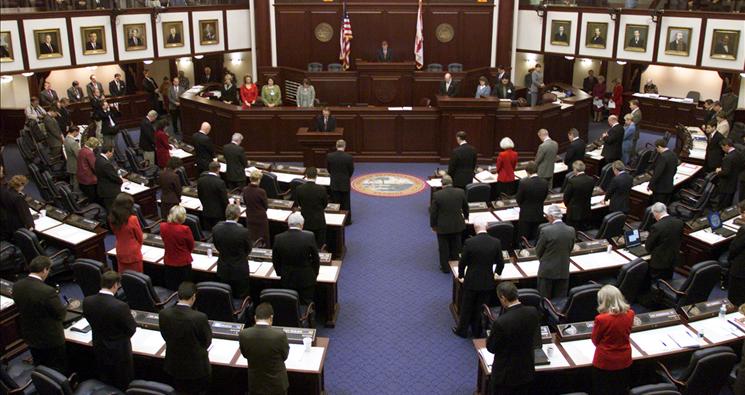 Congress Takes Steps to Support Prayer at School Board Meetings

In the wake of a string of recent attacks on public prayer in the courts – a state appellate court struck down a day of prayer proclamation and a federal appeals court held prayer at one town’s board meetings unconstitutional – Members of Congress are taking action.

Representative Tim Walberg (MI-7), a member of the Congressional Prayer Caucus, along with thirty-three co-sponsors, has introduced a resolution expressing support for prayer at school board meetings. H.Res. 662 specifically urges courts to correctly apply the landmark Supreme Court ruling in Marsh v. Chambers, which upheld the constitutionality of public prayer at the opening of “deliberative public bodies.”

In Marsh, the Court held:

The opening of sessions of legislative and other deliberative public bodies with prayer is deeply embedded in the history and tradition of this country. From colonial times through the founding of the Republic and ever since, the practice of legislative prayer has coexisted with the principles of disestablishment and religious freedom. In the very courtrooms in which the United States District Judge and later three Circuit Judges heard and decided this case, the proceedings opened with an announcement that concluded, "God save the United States and this Honorable Court." The same invocation occurs at all sessions of this Court.

However, since Marsh was decided in 1983, various courts have applied its analysis with vastly different results. Specifically in relation to school board prayer, many courts have chosen to apply the ruling in Lee v. Weisman, holding school sponsored prayer unconstitutional, instead of Marsh.

Thus, some courts have chosen to consider school boards in the context of a public school as opposed to viewing them as deliberative bodies where prayer has been held constitutional.

The proposed resolution encourages courts to consider school board prayer cases under a Marsh analysis and uphold the constitutionality of opening such sessions in prayer. The resolution begins by recognizing “the freedom to practice religion and to express religious thought is a fundamental and unalienable right guaranteed under the United States Constitution” and that “the United States was founded on the principle of freedom of religion and not freedom from religion.” The resolution:

(1) recognizes that school boards are deliberative public bodies, and should be free to engage in prayer at the beginning of meetings;

(2) recognizes that school boards are deliberative public bodies, and should be free to engage in prayer at the beginning of meetings consistent with the prayer practice upheld in Marsh v. Chambers;

(3) recognizes that prayer before school board meetings is a protected act in accordance with the fundamental principles upon which the Nation was founded; and

(4) expresses support for the voluntary practice of prayer at the beginning of meetings of legislative bodies and other deliberative public bodies, including school board meetings.

The ACLJ supports this resolution and urges Congress to pass it. We also urge courts to apply Marsh and uphold prayer as a constitutionally sound practice in keeping with a long history of opening legislative and other deliberative sessions in prayer in America.