What is Impeachment? | American Center for Law and Justice
Search  |  Logout  |  Login  |  Register 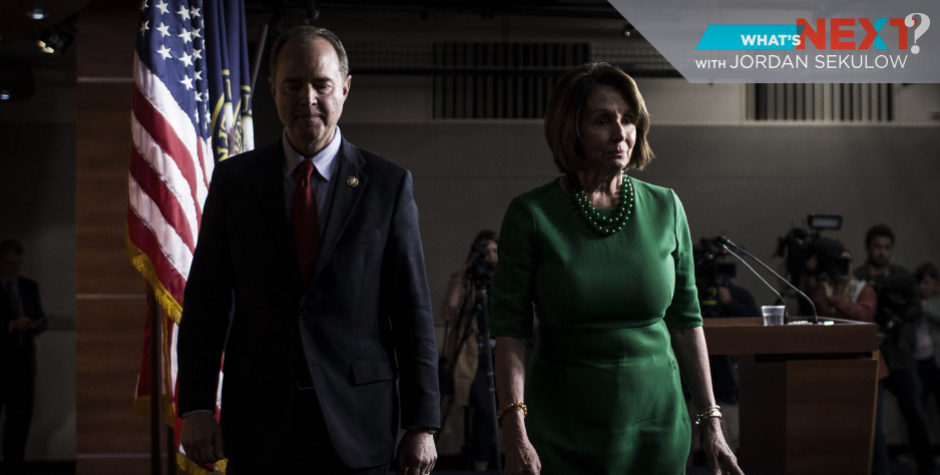 There’s been a lot of discussion and even Congressional hearings (only a few have been public) over impeaching the President of the United States. Many people are aware, but also many do not know exactly what “impeachment” means. Some think impeachment automatically means the removal of the President.

That’s NOT what it means.

According to the Congressional Research Service:

The impeachment process provides a mechanism for removal of the President, Vice President, and other “civil Officers of the United States” found to have engaged in “treason, bribery, or other high crimes and misdemeanors.” The Constitution places the responsibility and authority to determine whether to impeach an individual in the hands of the House of Representatives. Should a simple majority of the House approve articles of impeachment specifying the grounds upon which the impeachment is based, the matter is then presented to the Senate, to which the Constitution provides the sole power to try an impeachment.

What has been voted on thus far has been the opening of an impeachment inquiry on the President of the United States, Donald Trump. That is to say, the U.S. House of Representatives has voted to formalize a process that investigates or looks into a reason to “charge” the President of the United States with “high crimes and misdemeanors” and send that process over to the Senate.

In the event that articles of impeachment are brought before the House and are passed, the Senate will conduct a trial, which will have the Chief Justice of the Supreme Court John Roberts preside with the House appointing managers or prosecutors (members of the House to manage the case) with the Senate Members serving as jurors. It takes a two thirds-vote of the Senate to remove a President. Senator Lindsey Graham has indicated that impeachment is dead on arrival in the Senate.

It is clear that the Senate has sole power to try an impeachment case, and if the Senate votes by a two-thirds majority, it can convict.

A conviction on any one of the articles of impeachment requires the support of a two-thirds majority of the Senators present. Should a conviction occur, the Senate retains limited authority to determine the appropriate punishment. Under the Constitution, the penalty for conviction on an impeachable offense is limited to either removal from office, or removal and prohibition against holding any future offices of “honor, Trust or Profit under the United States.” Although removal from office would appear to flow automatically from conviction on an article of impeachment, a separate vote is necessary should the Senate deem it appropriate to disqualify the individual convicted from holding future federal offices of public trust. Approval of such a measure requires only the support of a simple majority.

Impeachment does not mean, nor guarantee removal of a President.

In my opinion, there is nothing in the current situation that rises to the level of an impeachable offense. But I’ll cover that in another post.

Countdown to Impeachment Trial: What You Need to Know

As we count down to the impeachment trial, we’re telling you what you need to know. On today’s Jay Sekulow Live , we discussed next week’s impeachment trial and President Trump’s legal team. The formalities are basically over at the United States Senate. The trial begins on Tuesday. Now the first...

Speaker Nancy Pelosi has announced a Wednesday vote – that’s tomorrow – to name the house managers and send the articles of impeachment over to the U.S. Senate, beginning the trial. On today’s Jay Sekulow Live we discussed Wednesday’s impending vote that will send the impeachment process over to...