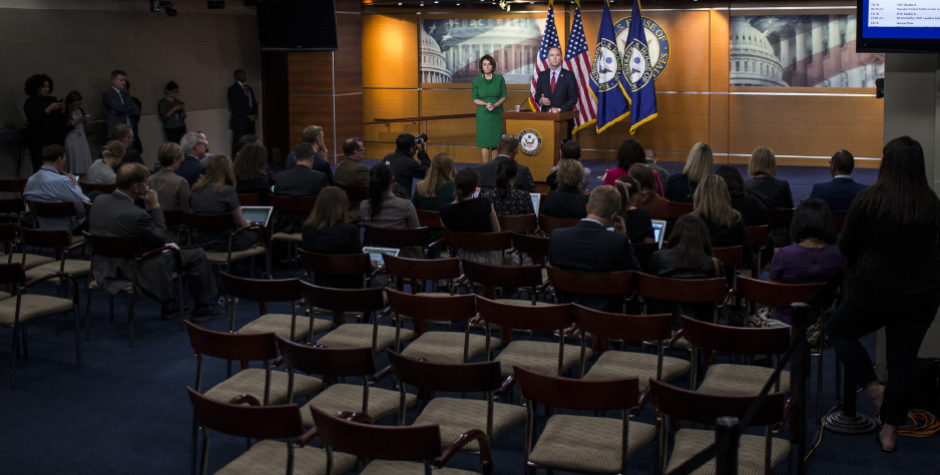 The Facts About the Ongoing Impeachment Inquiry

The Facts About the Ongoing Impeachment Inquiry

Since Speaker of the U.S. House of Representatives Nancy Pelosi summarily announced an official impeachment inquiry--something that in itself is absurd and unprecedented in the 243-year history of the United States, she continues to double down on her action—all while trying to protect her caucus politically, and simultaneously trying to appease the left-wing fringe of her party.  It is no easy task.  However, it is a conundrum of her own making.

Recently, when questioned about why the full House of Representatives did not vote to start the inquiry, Pelosi stated that there was nothing in the Constitution, the law, or precedent pointing to the need for such a vote.  She was correct on the Constitution and the law.  She was dead wrong on the established precedent that in previous official impeachment proceedings a vote was taken in the full House.

Further, the plain meaning of words matters.  The United States Constitution provides that the House of Representatives has the power of Impeachment (Article I, section 2) and that "the Senate shall have the sole Power to try all Impeachments…[but] no person shall be convicted without the Concurrence of two-thirds of the Members present" (Article I, section 3). The President, Vice President, and all civil officers of the United States are subject to impeachment.

Article 1, Section 2 also states, “The House of Representatives shall choose their Speaker and other Officers; and shall have the sole power of Impeachment.” Literally, in one sentence, the Constitution addresses two matters:  the selection of the Speaker of the House (and other officers) and impeachment.  The case can be rightfully made that it is the full House that chooses the Speaker.  In other words, Nancy Pelosi cannot proclaim herself as the Speaker.  The full House has voted for every person to assume this office for the entire history of the United States.  The plain meaning of this clause would also imply that it is the full House that launches an impeachment process—including an inquiry that would logically precede any vote on Articles of Impeachment.

But in addition to the plain, simple meaning of this part of the Constitution, precedent also indicates how all impeachment proceedings should begin.  In all three previous impeachment proceedings in our history, the process began with a full vote of the House to investigate the President. This includes the impeachment of Andrew Johnson, the process regarding Richard Nixon, who resigned knowing he would be impeached and probably removed from office,  and that of Bill Clinton.

While precedent does not carry the weight of the Constitution or statute, it is nonetheless critically important.  Here is why:  regular order and following previously established procedures reassures the American electorate and is indicative that our elected representatives understand the seriousness of such an action—because impeachment is in fact overturning an election.  It says to citizens, “You elected this person, but we are overruling your choice.” It has never been done as simple political revenge; it requires bipartisan investigation and debate.  Following the precedent of the impeachment process of three previous U.S. presidents is a signal that the inquiry is not a merely partisan, blatantly political act.  While there may be political motives, established precedent and process gives the American people reassurance that there is more to the investigation than mere politics.  It implies that there will be a fair hearing and all evidence will be considered.

In the past, a full vote of the House meant that both political parties would operate together in this solemn task.  As it is today, the Republicans (the minority party) are not allowed to issue subpoenas in this inquiry, cannot call witnesses, and at times have been denied the ability to cross examine witnesses.  Further, the impeachment proceedings today are being done in secret, behind closed doors. In the past, the American people witnessed the proceedings of the impeachment inquiry. It was not done in the dark, as a clandestine strategy of the majority party. All of these actions by the majority party in Congress do nothing to reassure the American people.  It fosters distrust and smacks of underhandedness and that the Left has something to hide.

The adage “Light is the best disinfectant” applies here.  If the Democrats believe that President Trump is guilty of treason, bribery, or other “high crimes and misdemeanors,” it is incumbent upon them to allow the American people to see the evidence, hear the testimony, and to trust that their elected representatives have their best interests at heart.  It also requires a vote of the full House to begin the process. To those who elected Republicans to represent them in the House of Representatives, their interests are being denied.  The Members of Congress who represent these millions of Americans are not allowed to be equals in this impeachment inquiry.

Out of all the duties and powers of Congress outlined in the Constitution, few are more solemn and sobering than the impeachment of a President.  It is one of the most serious and impactful actions that Congress can take, along with the declaration of war.

House leadership should be going out of their way—above and beyond the mere requirements of law—to show the people of this country that they take this matter seriously and reluctantly, as it was in the past three impeachment processes.  Even a hint of subterfuge or deception must be avoided.  Our Constitution, our history, and especially congressional precedent demand a process where all voices are heard, all evidence included, and where both parties have the power to investigate all of the relevant facts.  It must also be done in front of the American people, as it is their votes, their interests, and their constitutional republic that are at stake. 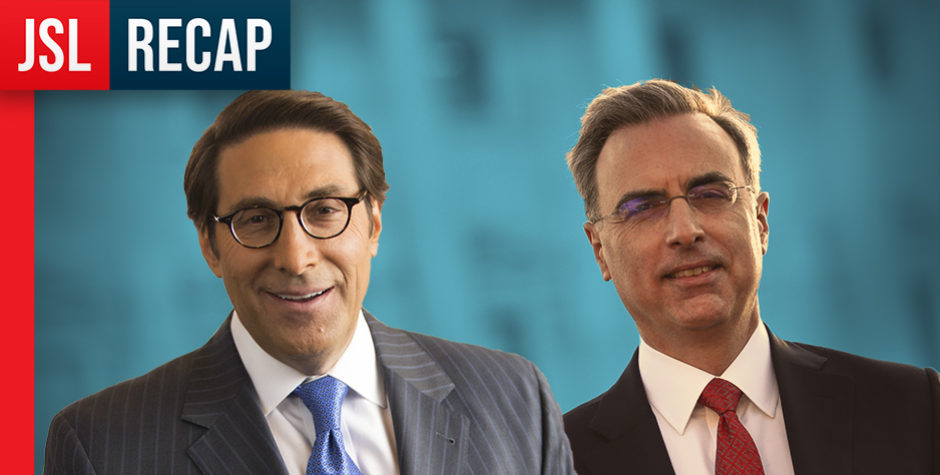 Countdown to Impeachment Trial: What You Need to Know

As we count down to the impeachment trial, we’re telling you what you need to know. On today’s Jay Sekulow Live , we discussed next week’s impeachment trial and President Trump’s legal team. The formalities are basically over at the United States Senate. The trial begins on Tuesday. Now the first...