Sitting in traffic this week, I noticed a decal on the rear window of a car in front of me.  It read:  Fighting Hate.  Teaching Tolerance.  Seeking Justice.

I have thought about this decal often over the last couple of days.  I have pondered the sermons and acts of protest and civil disobedience by men like Martin Luther King, Jr. and his peers in the just and moral struggle for equality and civil rights.  I think Dr. King and his supporters did exactly what the decal indicated. One quote from Dr. King that is apropos for today is, “Let no man pull you low enough to hate him.”

So many of the political leaders and demonstrators in recent weeks seek to claim the mantle of men and women like Dr. King, Rosa Parks, and even Congressman John Lewis, who died last weekend.  However, for so very many of these actors in the recent civil unrest, their claims to be walking in the footsteps of Dr. King and others ring hollow.  Their actions are a denial of the deeply held principles of these civil rights giants of our past.

Dr. King’s unequivocal stance of non-violence and loving even one’s enemies is foreign to much of what we are witnessing, to say nothing of Dr. King’s patriotism and love for the country he was seeking to transform.  In the 1960s, some disagreed with Dr. King and even hated him.  But virtually no one could doubt his gratitude for being born in a country that allowed him to call out its deficiencies and inconsistencies and call for change: a call for America to live up to the ideals declared in the Declaration of Independence and the Constitution.  Dr. King and others made a positive and permanent mark on America.

In light of where we are today in 2020, it begs the question: Can you really fight hate by hating?  Is “teaching tolerance” applied only to others being tolerant of you and your opinions—not the other way around?  Is it acceptable to seek justice by tearing down the principles of justice on which our nation was born?  How is it not hateful to assault law enforcement officers who are present at a demonstration simply trying to protect one’s constitutional right to demonstrate?  How is it just to loot and burn down the buildings of your fellow citizens?  In the cancel culture environment in which we find ourselves as Americans, does “teaching tolerance” truly involve such rabid intolerance as we are witnessing in cities all across the United States?  Is lawlessness and violence the legitimate answer to injustice?

Twenty years ago, I was the rector at an Episcopal church in Topeka, Kansas.  That is also the home of the Westboro Baptist Church and the family of Fred Phelps. You may recognize them: The Phelps clan are infamous for being present to protest at the funerals of U.S. military members.  But they are known for many other “demonstrations” as they proclaim that “God Hates America” with their neon-colored signs.  (The ACLJ was aggressively involved in helping localities prevent this hateful group from disturbing and disgracing the funerals of our military heroes.) In addition to showing up all across America with messages of hate and intolerance, they demonstrated every week at various churches across the city of Topeka. My parish church was one of those where they showed up literally at every church service.  Standing on the walk and at the front door of our church, they would yell obscenities at people coming to worship, calling us out for not embracing their views and assuring all who entered that God hated us, too.

A dedicated member of my church, who was also a leading attorney in the city, sought relief from the courts on behalf of the church.  For fear of inflaming the Phelps, no other local church joined with the parish as they sought protection and relief.  The case wound its way through the courts until finally a Court of Appeals ruled that the Phelps demonstrators had to stay at least one hundred feet away from the doors of our church during any posted service. The Westboro Church appealed to the U.S. Supreme Court who refused to hear the case and the lower court’s ruling stood.  It was a victory for the church I served and brought much-needed relief.

Years later I asked Jerry, the attorney, about this legal drama that literally took years to resolve.  I asked him what he took away from this experience, what was the lesson?  His response was, like the man, humble and profound.  Jerry stated that the biggest temptation in this epic legal battle was to return hatred and contempt for the hatred and contempt being blasted at our church.  The temptation was to use similar tactics and to spew the venom right back at the Phelps family.  In short, it would have been easy to act like, and adopt the practices of, those we were opposing.  He resisted the inclination to do that, but the temptation was real.

What we are witnessing today are often not calls to reform our government or the police—but to dismantle our constitutional republic and to defund the police.  The rhetoric decries the very democratic principles and moral values on which our nation is founded.  These voices are often cheered on and joined by political leaders like Alexandria Ocasio-Cortez and others.  They are given tacit support by the likes of Ted Wheeler, Mayor of Portland, and Lori Lightfoot, Mayor of Chicago.  The political expediency of an election year means that many of our nation’s elected leaders are often mute on the issues or weigh their words carefully as they soft-pedal a response, if a response is given at all.  For example, when asked about the tearing down of a statue of Christopher Columbus, one act among a plethora of such by anarchists and rioters recently, Nancy Pelosi’s response was a glib “people will do what they do”; this from the third-ranking official in the U.S. government.

Do we really want mob rule?  At what point is it acceptable to resort to the tactics of one’s perceived enemies, tactics that demonstrators and politicians claim to condemn?  At what point is it justified to respond to inequalities and inequities with cruelty, vengefulness, and a total lack of decency and manners—to say nothing of morality?  In fact, it is shameful and unjustifiable to take legitimate matters of concern over race, law enforcement, or any other issue and pervert them with calls for destruction.  This is true whether it is the destruction and defacing of police stations or federal buildings, local businesses, or the destruction of our constitutional principles of liberty, justice, and the rule of law.  This is not only a matter of breaking the law, though it is that. It is also indecent and it is immoral.

Now is the time for Americans of all religions, races, and political leanings to state categorically:  This. Is. Not. Who. We. Are.  In the name of all that is decent, kind, and democratic, enough is enough.

The U.S. Senate and President Trump are remaking the judiciary. On today’s Jay Sekulow Live , we discussed the fact that the U.S. Senate has confirmed the two hundredth federal judge nominated by President Trump. Nearly a third of the federal appeals court judges in the United States have been... 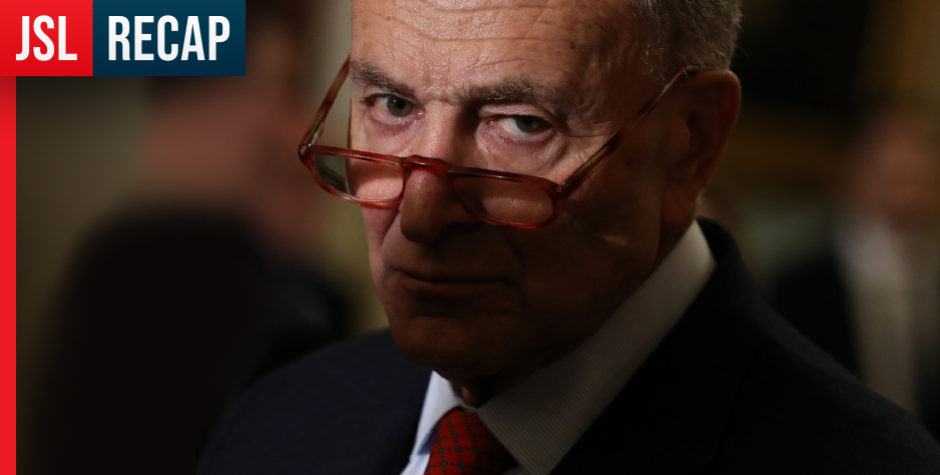