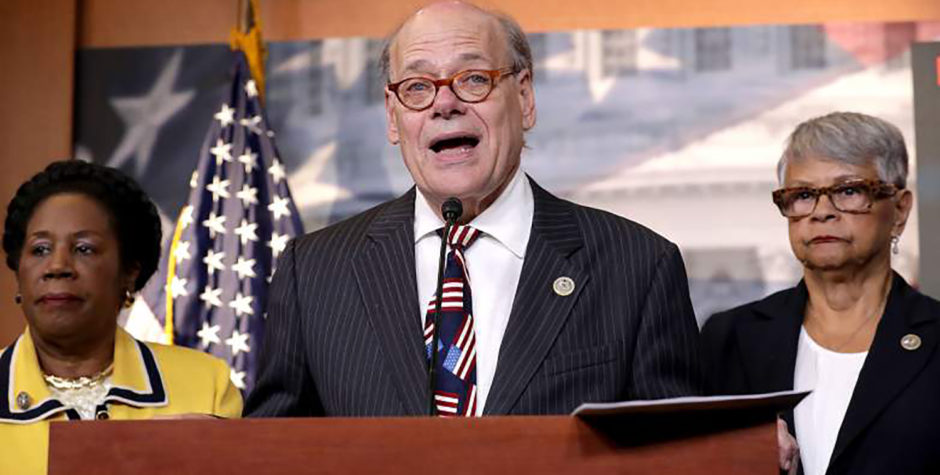 According to the abortion industry’s own statistics, nearly 1,000,000 innocent babies are slaughtered via abortion in the U.S. each year. Two-thirds of those abortions are committed on babies who are eight weeks gestation or younger.

Recently, I attended the House Judiciary Subcommittee on the Constitution and Civil Justice’s hearing (which ended on a rather heated note) on H.R. 490– otherwise known as the Heartbeat Protection Act of 2017.  The Heartbeat Protection Act of 2017 was introduced in the House earlier this year, and would ban abortions performed when a baby’s heartbeat has been detected.

If passed, this Act would save hundreds of thousands of innocent babies in the U.S. each year, as most babies have a detectable heartbeat within 6-8 weeks of gestation.

So, it will be no surprise when I tell you that this Act is highly contested by pro-abortion groups and politicians. The Subcommittee’s hearing proved just that. The hearing was well attended by both pro-life and pro-abortion supporters. Many women (and a few men) in purple NARAL shirts lined the rows in front of me.

Congressman Steve Cohen (TN-9), who opposes the Act, tried to justify his pro-abortion stance in his opening remarks. He stated:

The Chair talked about “Life, Liberty, and the pursuit of Happiness.” I love Thomas Jefferson’s philosophies in many ways, but he was a man of his time. And “liberty” did not include African-Americans who were slaves, and [of] which he had many. And life didn’t necessarily—ah—liberty didn’t include women. Women didn’t have a right to vote, and were second class citizens. I would suggest that the importance of life is there.

The Congressman’s analogy is accurate in many ways, but his conclusion is flat wrong. Throughout history, people have justified the violent and horrific acts perpetrated upon their fellow humans by dehumanizing their victims. We don’t have to go far back into history to see the consequences of such thinking – slavery in the United States and throughout the world, eugenics, and the holocaust of World War II.

Even now we see the consequences of ignoring the inherent value of human lives with the current genocide of Christians in Iraq and Syria and the genocide of 57 million U.S. babies who have been slaughtered in their mothers’ wombs since Roe v. Wade.

Instead of learning from history, we are repeating it. Innocent babies, whose voice and protest cannot be heard from the womb, have been dehumanized and made “second class citizens.”

But the Congressman further stated:

And if you believe in life, you should believe in Medicaid, healthcare, nutrition for people who are here, utility payments for people who need it, for safety, and preventing the eventuality of back room abortions—where only the wealthy can afford to go to where they may be legal, making poor women even more poor.

The Congressman vehemently claimed to believe in life—yet during the hearing, when the recorded sonogram of a baby was played on a screen, the Congressman was more interested in looking at his phone and talking to the people around him than in watching the little baby and his testimony of life. In fact, most of the pro-abortion people in the room refused to watch the video. They purposefully looked away, and sent out angry tweets instead. One woman behind me swore and asked how much longer they would be subjected to the video – the video of a beautiful, living, healthy baby in utero. They steadfastly refused to acknowledge life and to look on the face of the innocent baby who represented so many other yet-to-be-born children whose lives now hang in the balance.

So calloused and anti-life are those on the pro-abortion side that one witness actually audibly laughed after a Congressman described dismemberment abortion and asked her whether she thought it was humane. She failed to answer the question.

Ms. Star addressed the opening remarks that skewed the debate to the subject of Medicaid. She eloquently stated:

When it comes to mixing the abortion issue with the challenges that we face in many of our hard-hit communities, I feel it disingenuous that the issues of Medicaid would come up, and other opportunities for us to re-address what has happened in our most distressed zip codes. The way that Planned Parenthood targets these particular zip codes with abortion. Abortion is the leading cause of death in the black community today. Since Roe v. Wade was legalized, 20 million humans have been killed inside of the womb[s] of black women. And then on Halloween, Planned Parenthood tweets out that the black women are safest if they abort their child rather than bring it to term. . . .

Abortion feeds a narrative that women are victims. That they have no control over their sexual impulses. And as a result of that narrative being forced down into our hardest-hit communities, we are seeing now recklessness in sexual activity, and marriage has collapsed. In the 50s, 70% of black adults were married. Today that number is 30%. This is causing a lot more social pathologies that have to be addressed in different types of legislation. Not the Heartbeat Bill. The Heartbeat Bill is to protect the innocent.

In response, Congressman Cohen lit into the witness, calling her “ignorant.”

Ms. Parker is far from ignorant, and is fully qualified to address the topic as she did. As a pro-life woman, I am appalled at the disrespectful and demeaning way in which the Congressman spoke to her. But this is just one example of the dramatic distraction techniques that pro-abortion supporters must use in order to divert attention from the real issue—babies are being slaughtered.  They cannot accept logic and facts…and when their own analogies and words are used against them, they throw a temper tantrum and stomp off with a false sense of injustice.

Despite the vitriol targeted against the pro-life supporters of the Act, it is encouraging to know that there are strong pro-life advocates in Congress. The continuing decline in abortion rates across the U.S. is also encouraging, and illustrates the importance of continuing the fight against abortion at all stages of pregnancy.

Here at the ACLJ we are fighting for life in many different ways, and at many different levels. We strongly believe in being a voice for the voiceless, recognizing the humanity of every human being, and protecting that life.