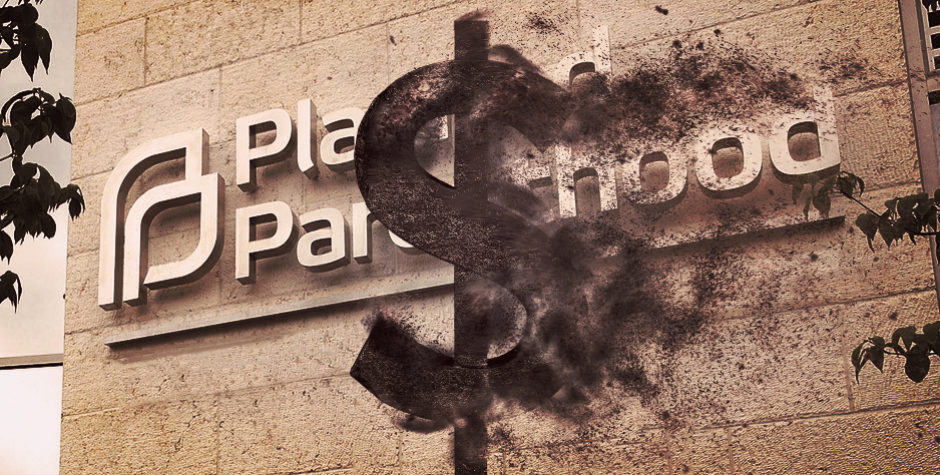 Earlier this year, the Trump Administration dealt a painful blow to Planned Parenthood and other abortion businesses through a new rule blocking millions from abortion providers.

Now is the first deadline for the abortion industry to prove it’s complying.

The ACLJ has been involved in this fight to block taxpayer funds under Title X from going to the abortion industry for decades. We submitted official public comments in support of the rule. We also asked ACLJ members to take action and submit their own comments, and you responded in droves. ACLJ members submitted over 13,000 individual comments, and accounted for 10% of all comments received by HHS. That’s incredible. Together, we took action, and our combined voices were too strong to ignore.

Last month we told you how, despite Planned Parenthood and pro-abortion states’ legal actions to block it, the new Department of Health and Human Services (HHS) rule blocking millions of tax dollars under Title X from abortion providers was going into effect immediately.

HHS has announced the first date for Planned Parenthood and other Title X recipients to provide “assurance” of compliance is Monday, August 19th.

Because this is a major blow to abortion businesses like Planned Parenthood who have enjoyed using tax dollars through Title X to fund their abortion empire, HHS allowed an appropriate timeline for organizations to make necessary operational changes, and prove they are making significant steps toward complying and no longer utilizing Title X monies in a way that subsidizes their abortion business. HHS has set forth a timeline for compliance and reporting requirements to maintain – or lose – eligibility for Title X funds:

In the past, the U.S. Department of Health and Human Services, Office of Population Affairs (OPA), has exercised enforcement discretion in appropriate circumstances and taken into consideration the time needed for policies to be amended or updated and approved by boards, and for training of personnel in its 4,000 sites on such new or revised policies.

OPA is committed to work with grantees to assist them in coming into compliance with the requirements of the Final Rule.

Even though HHS is giving Title X recipients nearly 8 months to become fully compliant with these new Title X rules, Planned Parenthood has already announced that it will forgo all $60 million dollars in taxpayer funding it normally gets from Title X.

This is a huge victory for life and ensures that Title X funding will no longer be used to subsidize the abortion industry and will go entirely to those entities that only provide  comprehensive family planning services.

As HHS has made clear:

Grants under Section 1001 assist in the establishment and operation of voluntary family planning projects which provide a broad range of acceptable and effective family planning methods and related preventive health services that include natural family planning methods, infertility services, and services for adolescents; highly effective contraceptive methods; breast and cervical cancer screening and prevention services that correspond with nationally recognized standards of care; STD and HIV prevention education, counseling, testing, and referral; adolescent abstinence counseling; and other preventive health services. The broad range of services does not include abortion as a method of family planning.

And as the express language of Title X provides:

None of the funds appropriated under this title shall be used in programs where abortion is a method of family planning.

The new HHS rules simply implement  Title X in the way that Congress originally intended. Yet , despite abortion being clearly prohibited, previous administrations did not implement Title X as Congress intended; and as a result, Planned Parenthood has gotten its hands on roughly $60 million dollars of Title X funding each year. In fact, Planned Parenthood has accounted for as much as 41% of the services funded by Title X.

Planned Parenthood joined forces with more than 20 states’ attorneys general, suing to stop the new rule. But in a victory for life, the 9th Circuit Court of Appeals rejected their request to impose an emergency stay, after it also temporally blocked injunctions ordered by lower courts in California, Oregon, and Washington – agreeing with arguments we made in our amicus briefs.

That’s the goal. We cannot stand by and let our tax dollars be taken from us only to be handed over to Planned Parenthood so it can kill hundreds of thousands of innocent unborn babies every year.

This is a monumental victory for life and ACLJ members were instrumental in achieving it. This is proof we are winning our battle against taxpayer funded abortion. Every tax dollar we can take away from Planned Parenthood is a step closer to saving a defenseless life.

This win is only the tip of the iceberg. Planned Parenthood receives over $500,000,000 dollars of your tax money every year, even while reporting record profits.

We have much more work to do if we’re going to take down this abortion giant. The ACLJ is dedicated to eliminating taxpayer supported abortion on demand, defending the rights of pro-life professionals and counselors, and fighting for the lives of precious unborn babies.

The 9th U.S. Circuit Court of Appeals rejected a request from more than 20 states, Planned Parenthood and the American Medical Association to suspend the rules while their case against them is litigated, according to The Associated Press.

A three-judge panel and an 11-judge panel had already decided that the rules could go into effect while the administration appeals district court rulings against them. Oral arguments will be held next month.

As stated in the 9th Circuit opinion:

Now the 11 judge en banc panel will hear the case on its merits in late September. But this move is a resounding victory for life, allowing the HHS rules to remain in effect, and requiring abortion providers to begin providing assurances of compliance or lose funding.