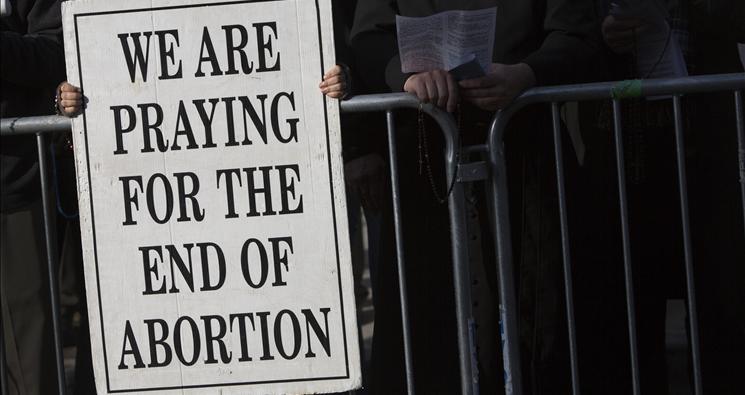 Today, a unanimous Supreme Court struck down a pro-abortion Massachusetts law which made it illegal for anyone to speak on the public sidewalks – otherwise known as exercising the First Amendment – within 35 feet of abortion clinics, calling the measure an “extreme step” in silencing free speech.

Massachusetts, with the support of the Obama Administration that helped defend the law, attempted to shut down pro-life speech surrounding abortion clinics with these “buffer zones” which are intended to keep abortion in and keep pro-life speech out.  (I attended oral arguments and wrote about more of the facts of the case here.)

The high Court noted that Massachusetts had numerous options available to it to prevent any real issue that might arise, but instead chose to pass a law that “categorically excludes nonexempt individuals from the buffer zones, unnecessarily sweeping in innocent individuals and their speech.”  This is something the First Amendment of the United States Constitution strictly prohibits.

Simply put, the Supreme Court held that “creating 35-foot buffer zones at every clinic across the Commonwealth is hardly a narrowly tailored solution.”

Massachusetts was clearly trying to target pro-life speech, and thankfully the Court struck down its veiled attempt to do so.  Unfortunately however, the majority failed to recognize the viewpoint and content based discrimination inherent in a law targeting speech in front of abortion clinics.  The majority held that the law was “content neutral.”

Bizarre as it is, the Court’s majority held that “There is no suggestion in the record that any of the clinics authorize their employees to speak about abortion in the buffer zones.”  I’m not sure what other topic employees of an abortion clinic would be authorized to talk about in the scope of their employment.  But the Court did say that “It would be a very different question if it turned out that a clinic authorized escorts to speak about abortion inside the buffer zones.”  The majority stated that if abortion clinic employees were authorized to talk about abortion, then it would pose “a clear form of viewpoint discrimination that would support an as-applied challenge to the buffer zone at that clinic.”

So while the Supreme Court rightfully struck down this clearly unconstitutional law, there is much to be done to undue the abortion distortion present in the Supreme Court’s free speech case law.

As Justice Scalia (joined by Justices Kennedy and Thomas) explained in his concurrence, the “Court’s practice of giving abortion-rights advocates a pass when it comes to suppressing the free-speech rights of their opponents,” has created “an entirely separate, abridged edition of the First Amendment applicable to speech against abortion.”  That’s the abortion distortion.

While the unanimous opinion does much to turn back the abortion distortion, calling into question the entire concept of abortion buffer zones, there is much work left to undue the powerful and illogical distortion of the First Amendment promoted by pro-abortion radicals.

One more point about this case.  Many in the mainstream media, the government of Massachusetts, and the Obama Administration have mischaracterized this case as an “abortion protesters” case.  The unanimous Supreme Court excoriates that misnomer, stating, “That misses the point. Petitioners are not protestors. They seek not merely to express their opposition to abortion, but to inform women of various alternatives and to provide help in pursuing them.”

It’s just one more step in rolling back the abortion distortion and defending the free speech of those who are saving the lives of the unborn, but it’s a step in the right direction.

It’s a fight that we at the ACLJ have been aggressively engaged in for decades (including filing an amicus brief in this case).  The battle for the lives of the unborn will continue to rage on, but for those on the front lines of this battle, this is a significant victory.  It will save lives.