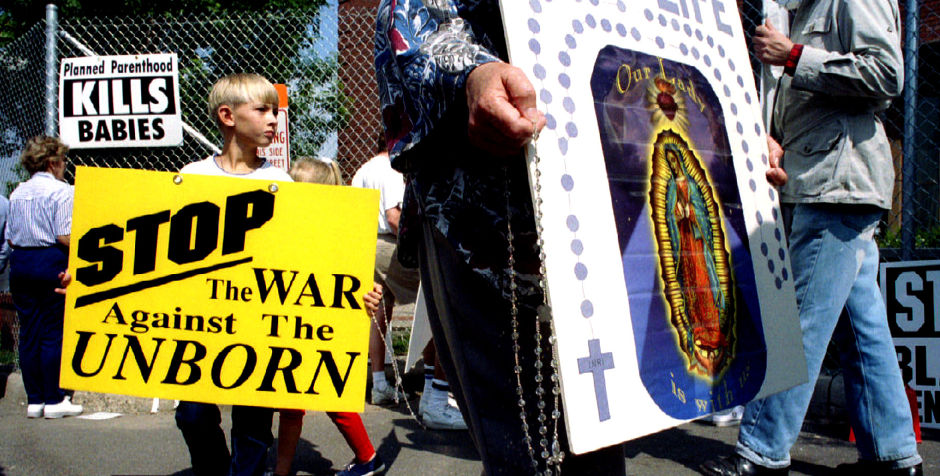 Last week, we told you about the abortion industry teaming up with the California legislature to shut down crisis pregnancy centers (CPC’s) throughout the state.  Now, we’re taking California to federal court to defend the lifesaving work of these pro-life centers.

As we explained, the newly enacted so-called Reproductive FACT Act compels CPC’s, under pain of financial penalties, to speak a governmental message wholly opposed to their mission and purpose.  CPC’s must inform their already vulnerable clients, in a manner dictated by the government -- and even before they are seen by a licensed medical professional -- that they can obtain an abortion on the taxpayer’s dime.

The law orders the CPC’s to either post a large sign in their waiting rooms or hand clients a notice when they walk through the door with the not-so-subtle message that – no matter what these CPC people may tell you – we, your Nanny State, think you should consider abortion and, hey, we’ll even pay for it for you.  If they refuse, the law forces CPC’s to pay crippling penalties, merely because they refuse to promote abortion.

No surprise that this law is the brainchild of the notorious abortion lobbying group, NARAL Pro-Choice America.

Coercing pro-life centers to promote a pro-abortion ideology in this fashion is beyond outrageous.

Outrage alone, however, will not stop state and local officials from enforcing the Act against pro-life pregnancy centers.

We have just filed a lawsuit in the U.S. District Court for the Northern District of California on behalf of three CPC’s: LivingWell Medical Clinic, Pregnancy Care Center of the North Coast, and the Confidence Pregnancy Center.

Each of these pro-life clinics is dedicated to helping women in need with the promise of a pro-life message.  They not only provide medical services, but offer material and emotional support as well.  Indeed, time and time again, these CPC’s have been there to lend a helping hand and a comforting shoulder to women looking for more than a result of a pregnancy test.  No government agency can provide what these, and other CPC’s throughout California, provide.  And no government should tell these CPC’s what they can or cannot say to women who seek them out for help.

The State of California should be honoring the charitable work of CPC’s, not targeting them for attack.

The contention of the lawsuit, filed against the California Attorney General and a host of local officials, is that California’s speech mandate violates the First Amendment.  Forcing these CPC’s to speak the pro-abortion message of the State is not just offensive to their faith-based mission and purpose, it offends the right to free speech guaranteed under our Constitution.

As the Supreme Court wrote decades ago: “the right to speak and the right to refrain from speaking are complementary components of the broader concept of individual freedom of mind.”  For this reason, “it is . . . a basic First Amendment principle that ‘freedom of speech prohibits the government from telling people what they must say.”

CPC’s should not have to play the part of a ventriloquist’s dummy, uttering whatever pro-abortion message the government wants them to say.  If the right to free speech means anything, it means the right not to be commandeered by the government to speak against your conscience and beliefs.

With this lawsuit, we hope to end, once and for all, the recurring attempts by NARAL, Planned Parenthood, and others to shut down CPC’s and the pro-life message they advance.

We will keep you posted as this important case moves forward through the federal courts.