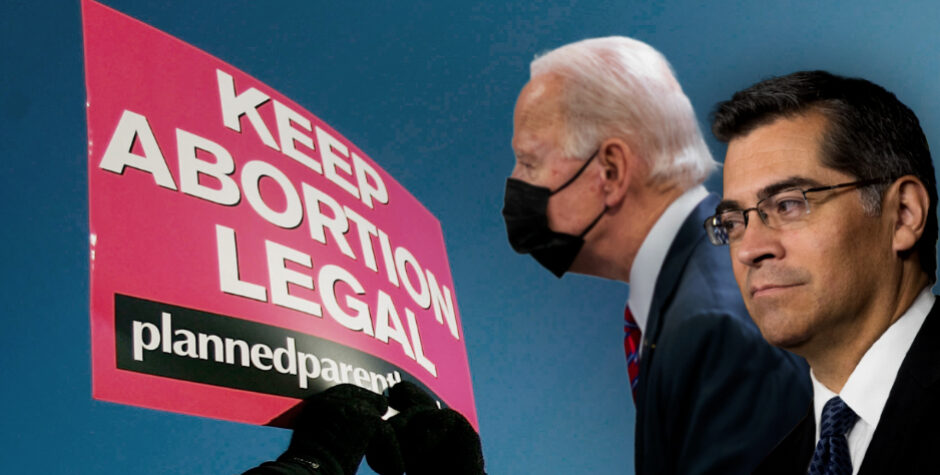 President Biden has just nominated quite possibly the MOST PRO-ABORTION Secretary of Health and Human Services EVER.

We’ve directly defeated Becerra’s attempt to fine, punish, and shut down pro-life pregnancy centers at the Supreme Court. We helped deliver a shocking defeat to Becerra’s lawsuit to block a rule that defunded Planned Parenthood. He sued Little Sisters of the Poor to force them to pay for abortion pills, fought to allow race- and gender-based selective abortions, tried to overturn pro-life laws – not only in California, but NATIONWIDE – and prosecuted pro-lifers.

At a time when our nation faces an ongoing pandemic, President Biden has nominated someone to lead the Department of Health and Human Services (HHS) who has ABSOLUTELY NO medical experience and has shown an undying dedication to abortion above all else.

We’ve been fighting Becerra in court – and winning – for years; now we must demand the Senate reject his nomination.

We cannot allow a combative, anti-life, abortion activist to use HHS to target pro-lifers, promote abortion, and fund Planned Parenthood. Take action with us.

As we battle President Biden and Becerra’s pro-abortion, anti-life agenda in court, have your gift DOUBLED to defend unborn babies.