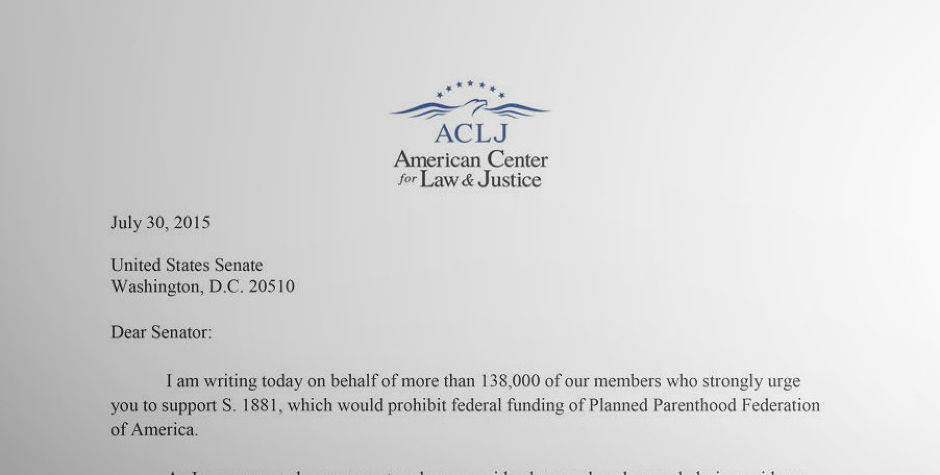 Frankly, it’s evil.  I’ve deposed these abortionists before.  I know the cold calculated evil they perpetrate.  Now the American people are seeing it firsthand.

Hopefully this investigative journalism will finally urge Congress to defund Planned Parenthood and use that more than $500 million taxpayer dollars – each year - to truly provide quality, life-saving health care for women and children.

In the latest video, while sifting through the butchered remains of an aborted baby to harvest the slaughtered child’s organs, a Planned Parenthood abortionist says, “It’s a baby.” A Planned Parenthood Medical Assistant exclaims, “Another boy!”

This level of inhumanity should repulse the core of every freedom loving American.  We are far better than this barbarity as a nation.

As we’ve previously reported, by “Planned Parenthood's own reporting, we know that they perform 327,653 abortions per year. We can also estimate that they provide services to roughly 4,000 prenatal clients and make only 1,880 adoption referrals per year. When approximately 327,000 of 333,000 pregnant mothers are funneled into abortions, it's not difficult to determine the business model of Planned Parenthood.”

There have now been numerous videos revealing high-level Planned Parenthood officials haggling over the price of slaughtered baby organs, joking over lunch with wine about Lamborghinis, and talking about how they try to skirt federal laws to pad “their bottom line.”

So I am sending the following letter to every single U.S. Senator to urge them to do the right thing and defund Planned Parenthood.

I am writing today on behalf of more than 138,000 of our members who strongly urge you to support S. 1881, which would prohibit federal funding of Planned Parenthood Federation of America.

However, Planned Parenthood has no right to federal funding while those investigations and prosecutions are conducted. The videos in question depict an indefensible disregard for human dignity. I am confident that an overwhelming majority of American taxpayers would not feel comfortable providing their hard-earned tax dollars to subsidize the sale of human hearts, lungs, brains, and other organs. S. 1881 provides that all funding pulled from Planned Parenthood will remain available to local health departments, community health centers, and other entities that provide women’s health.

The American taxpayers should not be forced to subsidize the business of selling human body parts. Please vote in favor of S.1881 to conclusively ensure they do not.

Please contact your elected representatives as well. Every voice speaking up for the voiceless can help.

Sign our urgent petition to investigate and defund Planned Parenthood.