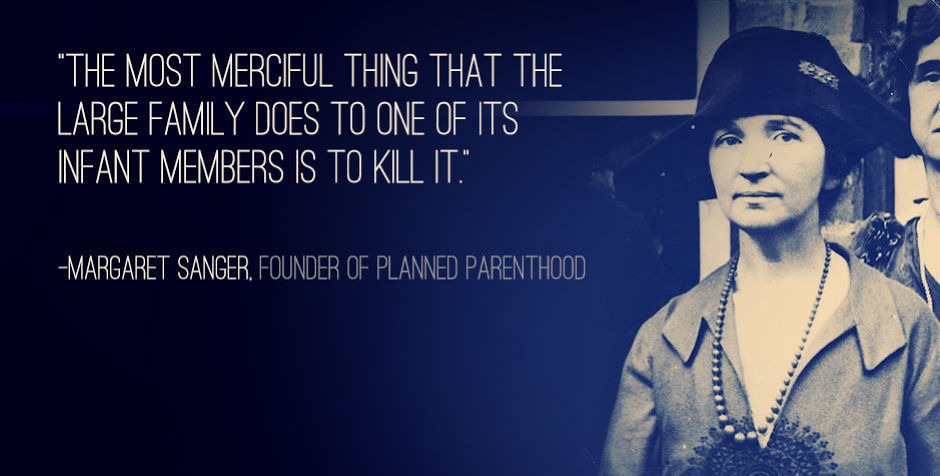 Most right-minded people look at children as gifts from God. Not Margaret Sanger, founder of Planned Parenthood. She did not like children.

Sanger was a life-long, unapologetic eugenicist. She believed that society could—and should—create a superior race of people free from those whom she deemed the “unfit,” which would lead to world peace.

As part of her overall plan to achieve world peace, she wanted Congress to appoint a Parliament of Population Directors. One objective of that group would be to “apply a stern and rigid policy of sterilization, and segregation to that grade of population whose progeny is already tainted or whose inheritance is such that objectionable traits may be transmitted to offspring.”

Once the “unfit” were sterilized or segregated, there would be a “definite inexorable ruling that the population [of the “fit”] should increase slowly at a specified rate,” and America would then “organize and join an International League of Low Birth Rate Nations to secure and maintain WORLD PEACE.”

Sanger’s eugenic ideology led her to found Planned Parenthood, this country’s largest abortion provider, which continues to give out the Margaret Sanger Award each year as its “highest honor.”

Sanger’s evil worldview was the vision of a person who did not value all human life equally and who thought she was qualified to determine who lives, who dies, and who never gets to be born to bring about her version of a utopian society. She is not a person who should be honored.