No, The Sidewalk Outside an Abortion Clinic Is Not a Pro-Life Speech Free Zone | American Center for Law and Justice
Search  |  Logout  |  Login  |  Register 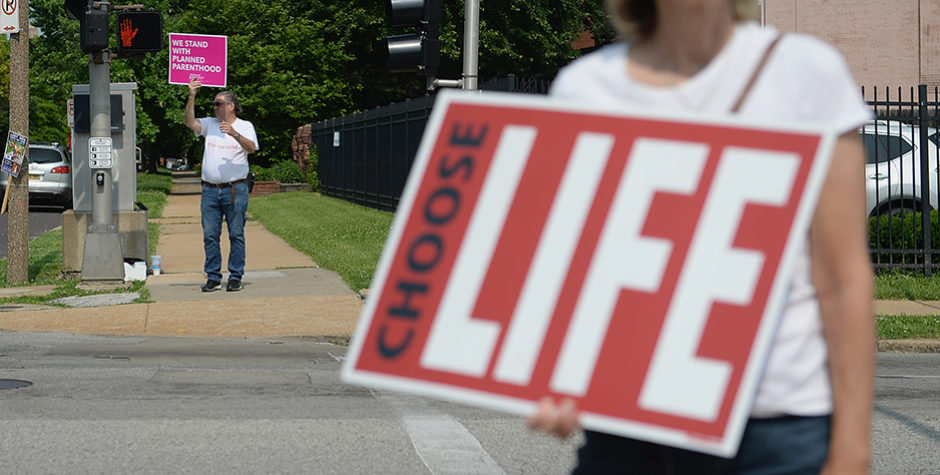 No, The Sidewalk Outside an Abortion Clinic Is Not a Pro-Life Speech Free Zone

Amidst today’s liberal, abortion on demand climate, it should not be a surprise that many localities have enacted laws specifically in an attempt to protect abortion clinics and silence peaceful pro-life speech – sidewalk counseling for women seeking abortions.

It is becoming more and more important that pro-life advocates understand their right to freedom of speech under the First Amendment. Thankfully, the ACLJ was recently successful in securing the rights of our client to engage women on the public property outside of abortion facilities in Charlotte, NC. The willingness of our client and others like her to minister to women seeking an abortion saves lives.

The city passed a rather subjective noise ordinance, Charlotte City Code § 15-61, in June of 2019. The Ordinance created a 150-foot “noise buffer” extending from health care facilities’ property lines, making it unlawful to produce amplified sound or “intentionally produce, intentionally cause to be produced, or intentionally participate in producing any sound so unreasonably loud that, because of its volume, it unreasonably disturbs, injures, or endangers the health, peace or safety of patients in the facility.”

There are no decibel gauges to explain what level of sound would be unreasonable and no other set standards for the appropriate level of sound. The lack of a clear standard for what constitutes as “unreasonably loud” or “disturbs . . . the patient” prevents individuals from knowing whether their speech violates the Ordinance.

The critical issue for our client was that, theoretically, even speaking in a calm voice to a woman within this buffer zone would violate the law. Commenting on matters of public concern, such as abortion, through the spoken word, prayer, and the distribution of literature is speech that lies at the heart of the First Amendment’s protections. Using a conversational tone as the vehicle for this speech is most certainly protected by the Constitution.

This speech – whether others consider it to be agreeable or disagreeable – is given the greatest protection from government infringement on public sidewalks and public streets, as examples of traditional public forums. See, e.g., McCullen v. Coakley, 134 S. Ct. 2518, 2528–29 (2014) (recognizing First Amendment right to engage in pro-life leafleting and sidewalk counseling). Counseling on the public areas outside of abortion facilities is a classic example of First Amendment activity in a traditional public forum that receives heightened protection from government infringement.

Although certain noise ordinances have been upheld as constitutional for the safety and protection of the locality’s citizens, the Supreme Court affirmed that the ordinances must have clear and objective criteria for determining what speech violated the restrictions, such as maximum decibel thresholds. See Grayned v. Rockford, 408 U.S. 104, 108 (1972). Understanding when one’s conduct violates the law is an integral part of “our republic,” and “a speculative possibility that a man’s conduct violated the law should never be enough to justify taking his liberty.” United States v. Davis, 139 S. Ct. 2319, 2335 (2019).

Because Charlotte’s Ordinance contained no numerical standard to gauge “unreasonable” sound or other qualifiers that can clarify what speech is prohibited, individuals are unable to determine whether they are violating the ordinance. This lack of specificity could result in the infringement of First Amendment rights in a traditional public forum.

The ACLJ reached out to the Charlotte City Attorney asking for assurances with a Demand Letter that cited the law and the requirements of the Constitution. We are pleased to share that the City Attorney heard our argument, and responded with a guarantee that our client will not be in violation of the ordinance if she maintains a conversational tone with women inside the abortion clinic’s buffer zone and that she can retain that letter as an assurance that the City will not prosecute her. We ensured the rights of our client to continue to follow her convictions, and we will continue to fight for the constitutional rights of all U.S. citizens including the unborn.