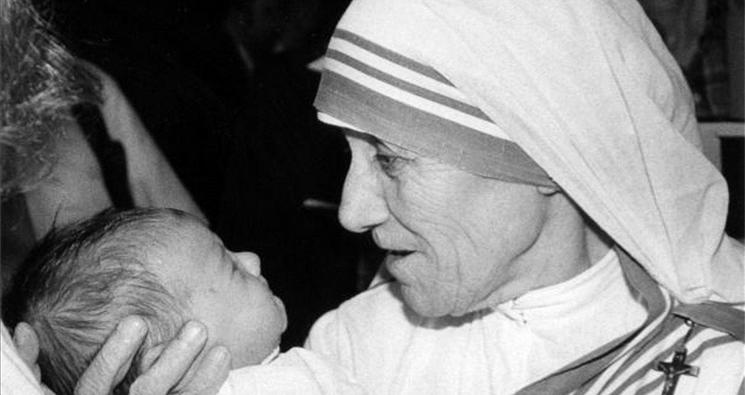 Mother Teresa’s Defense of the Unborn at the U.S. Supreme Court

Mother Teresa’s Defense of the Unborn

Many know of the incalculable work that Mother Teresa did for the poor and destitute children of Calcutta, but her tireless work defending the defenseless in society did not stop with those who have been born, but extended to the unborn. She fought equally as hard for unborn children around the world, fighting the evil of abortion.

In 1994, Mother Teresa filed an amicus brief with the United States Supreme Court in the case of Loce v. New Jersey. In that case, individuals who were convicted of blocking an abortion clinic argued that they were defending the rights of the unborn, their right to life. While the Supreme Court refused to take the case, Mother Teresa’s poignant defense of the unborn bears remembering today.

She explained that in working to care for mothers and their children in need, she gave a “special focus” to “mothers who feel pressured to sacrifice their unborn children by want, neglect, despair, and philosophies and governmental policies which promote the dehumanization of inconvenient human life.” She continued, “And it includes the children themselves, innocent and utterly defenseless, who are at the mercy of those who would deny their humanity.”

Mother Teresa began her defense of the unborn with the principles on which America was born:

In another sense no one in the world who prizes liberty and human rights can feel anything but a strong kinship with America. Yours is the one great nation in all of history which was founded on the precept of equal rights and respect for all humankind, for the poorest and weakest of us as well as the richest and strongest. As your Declaration of Independence put it in words which have never lost their power to stir the heart:

“We hold these truths to be self-evident: that all men are created equal; that they are endowed by their creator with certain inalienable rights; that among these are life, liberty, and the pursuit of happiness. . . .”

A nation founded on these principles holds a sacred trust: to stand as an example to the rest of the world, to climb ever higher in its practical realization of the ideals of human dignity, brotherhood, and mutual respect. It has been your constant efforts in fulfillment of that mission, far more than your size or your wealth or your military might, that have made America an inspiration to all mankind.

She then turned to America’s “infinitely tragic and destructive departure” from these same ideals in Roe v. Wade.

She summarized the Court’s erroneous reasoning in that fateful decision as few others could:

It was this Court's own decision in 1973 to exclude the unborn child from the human family. Roe v. Wade, 410 U.S. 113 (1973). You ruled that a mother, in consulation with her doctor, has broad discretion, guaranteed against infringement by the United States Constitution, to choose to destroy her unborn child. Your opinion stated that you did not need to "resolve the difficult question of when life begins." 410 U.S. at 159. That question is inescapable. If the right [to] life is an inherent and inalienable right, it must surely obtain wherever human life exists. No one can deny that the unborn child is a distinct human being, that it is human, and that it is alive. It is unjust, therefore, to deprive the unborn child of its fundamental right to life on the basis of its age, size, or condition of dependency. It was a sad infidelity to America's highest ideals when this Court said it did not matter, or could not be determined, when the inalienable right to life began for a child in its mother's womb.

America needs no words from me to see how your decision in Roe v. Wade has deformed a great nation. The so-called right to abortion has pitted mothers against their children and women against men. It has sown violence and discord at the heart of the most intimate human relationships. It has aggravated the derogation of the father's role in an increasingly fatherless society. It has portrayed the greatest of gifts--a child--as a competitor, an intrusion, and an inconvenience. It has nominally accorded mothers unfettered dominion over the independent lives of their physically dependent sons and daughters. And, in granting this unconscionable power, it has exposed many women to unjust and selfish demands from their husbands or other sexual partners.

Human rights are not a privelige conferred by government. They are every human being's entitlement by virtue of his humanity. The right to life does not depend, and must not be declared to be contingent, on the pleasure of anyone else, not even a parent or a sovereign. . . .

You must weep that your own government, at present, seems blind to this truth.

Mother Teresa went on to point out how the right to life is a universal human right, noting that a German court had declared, “The unborn child is entitled to its right to life independently of acceptance by its mother; this is an elementary and inalienable right which emanates from the dignity of the human being.”

She concluded urging the Supreme Court to “consider the fundamental question of when human life begins and to declare without equivocation the inalienable rights which it possesses.”

As Mother Teresa so eloquently put it, America “was founded on the proposition--very old as a moral precept, but startling and innovative as a political insight--that human life is a gift of immeasurable worth, and that it deserves, always and everywhere, to be treated with the utmost dignity and respect.”

These are the ideals that we fight for on a daily basis at the ACLJ – ideals that transcend nationality and represent the very essence of how God created us as human beings.

Everyone who believes that one day America will return to what Mother Teresa called the “all-embracing conception and assurance of the rights which your founding fathers recognized as inherent and God-given” and end the greatest human rights abuse of our time, the killing of innocent unborn babies, should read Mother Teresa’s inspiring brief in its entirety.