Majority of Young Americans are Pro-Life, Favor Making All or Most Abortion Illegal | American Center for Law and Justice
Search  |  Logout  |  Login  |  Register 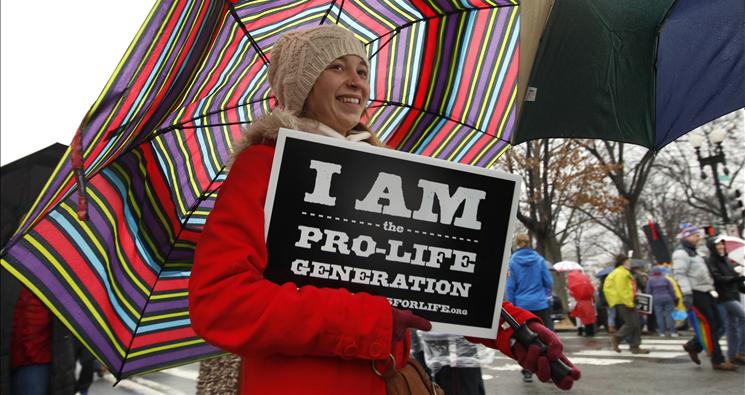 Majority of Young Americans are Pro-Life, Favor Making All or Most Abortion Illegal

Buried deep in a report, which has received a lot of fanfare and criticism and has been used by media elites to declare that social conservatism is a dying cause, is a stark and poignant fact that gives hope that the pro-life movement is far from antiquated.

The report is a College Republican National Committee report that surveys the youth vote, what 18 to 29 year old registered voters care about and their views on many of the pressing political issues of the day.  That report shows that a majority of young adults oppose abortion; and not only do they oppose the barbaric life-ending practice personally, they believe that in all or most cases it should be illegal.

As the report notes, “Despite a great deal of rhetoric broadly declaring young voters to be ‘liberal on social issues,’ the data do not show that young people are significantly more likely to be pro-choice.”

Here is the data based on the March 2013 CRNC survey:

This conclusion is backed up further by a recent Harvard Institution of Politics survey of young Americans which “yields 50% who lean toward prohibiting abortion in the vast majority of cases.”

This comports again with recent polling among all Americans where a majority or at the very least a plurality are pro-life and believe abortion in most circumstances should be illegal.

As the youth report correctly notes, despite how it is portrayed in the media, it is the Left not the pro-life majority that holds extreme views on abortions. Remember it is Planned Parenthood and their pro-abortion allies on the Left that are seeking to profit from Gosnell’s infanticide.  The Left’s “position of pushing for abortion to be legal in all cases and at all times, including some recent laws around how to handle medical care for babies born alive during abortion procedures, is what is outside the norm of where young voters stand.”

Far too often we succumb to the false assertion that the youth of America do not care about life and that we should abandon our pro-life advocacy if we want to reach the younger generations.  This just isn’t true.  The truth is young Americans care about life more today than ever before.