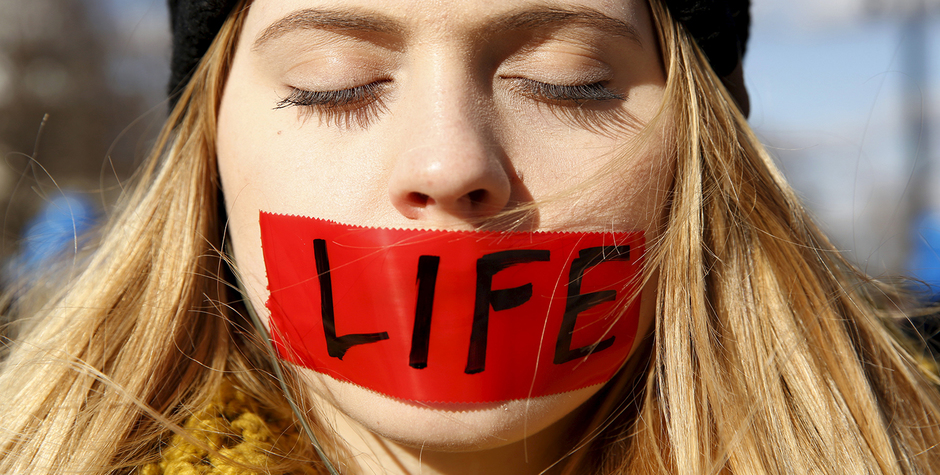 Looking for the Silver Lining

Assuming the role of Supreme Medical Review Board, the Court took a magnifying glass to scrutinize the Texas regulations for any flaws or redundancies that would excuse striking the regulations down.

Especially disheartening was the Supreme Court's swallowing of the pro-abortion myth that abortion is safer than childbirth. Said the Court (p. 30): "Nationwide, childbirth is 14 times more likely than abortion to result in death." This claim is total hogwash, as we demonstrated at length in our friend-of-the-court brief.

In support of this canard, the Supreme Court relied solely upon the declaration of one physician, who in turn relied upon her own study. Joint Appendix pp. 271-72. We identified this very same study in our amicus brief (p. 11) and pointed the Court to analyses that thoroughly refuted it. Moreover, the Solicitor General of Texas, at oral argument, referred the Court to our amicus brief, by name, on the question of abortion safety. Transcript of Oral Argument pp. 53-54. Unfortunately, the Court did not listen.

Is there any good news at all? Let me try to identify a few silver linings in this decision.

First, there are the dogs that did not bark.

Nowhere does the decision claim that abortion regulation is a form of "sex discrimination" or a "war against women." Pro-life attorneys had been concerned that the pro-abortion wing of the Supreme Court might, in light of the widely acknowledged intellectual bankruptcy of Roe v. Wade (1973), try to find a new legal foundation for abortion under the Equal Protection Clause, thereby rendering all abortion regulations, however modest, a form of sex discrimination. That did not happen.

Nowhere does the decision claim that states are forbidden from regulating abortion as a special case. Justice Ginsburg, in her separate concurrence, alluded to the pro-abortion trope of "Targeted Regulation of Abortion Provider" (TRAP) laws. The majority did not pick up on this notion. After all, as the Supreme Court has previously and repeatedly recognized, "Abortion is inherently different from other medical procedures, because no other procedure involves the purposeful termination of a potential life." Harris v. McRae (1980).

Nowhere does the Court claim to abandon the partly strict, partly deferential "undue burden" test from Planned Parenthood v. Casey (1992). That decision left both sides of the abortion controversy unhappy, as it means some regulations will be upheld but it is difficult to predict which ones will survive the Court's murky standards. The pro-abortion wing did not manage to push the Court to revert to the pre-Casey "strict scrutiny" standard that made regulation of abortion all but impossible.

Nowhere does the decision impugn the state's motives. While the Court concludes that the challenged regulations are ultimately unjustified, the Court does not accuse the state of having some sinister purpose. Nor does the opinion drip with hostility to pro-life efforts to stem the abortion tide.

Second, there is the implicit approval of what states can do to assure at least minimal safety in abortion practices and weed out dangerous practitioners.

The Court frankly acknowledges (p. 27) the "Kermit Gosnell scandal" in which a Philadelphia abortionist ran a truly horrible, unsanitary, predatory operation for years before finally being exposed, prosecuted, and convicted.

"Gosnell's behavior was terribly wrong," the Court declares, recognizing that states have a valid interest in deterring such "deplorable crimes." The Court specifically points to Texas's "requirement that [abortion] facilities be inspected at least annually" as one remedy to the Gosnells of the world.

Moreover, the Court faults Texas, not for regulating abortion, but for adding extra layers of regulation that do not seem, to the Court, actually to enhance women's health. For example, the Court struck down the requirement that every abortionist have admitting privileges at a local hospital. Explained the Court (pp. 21, 23):

The plain implication is that Texas should have been content with its preexisting requirements. Likewise, when invalidating the Texas requirement that abortion facilities meet the same standards as "ambulatory surgical facilities," the Court pointed out (p. 28):

In other words, Texas was already thoroughly regulating abortion, so, in the Court's view, the new layer of requirements was not warranted. Thus, while the two provisions challenged in this particular case did not survive, the Court has identified a long list of alternatives that Texas already has adopted, and which other states could adopt, to protect women against unsafe abortion practices.

Finally, the Court presents an idealized vision of abortion practice as a worthy goal of state regulations, namely (p. 36), avoiding "abortions in crammed-to-capacity superfacilities" and instead preferring "the kind of individualized attention, serious conversation, and emotional support that doctors at less taxed facilities may have offered," because rushed, crammed facilities "would be harmful to, not supportive of, women’s health." Frankly, given the track record of numerous assembly-line abortion mills, mandating a Marcus Welby style of medicine would effectively shut down all those abortion businesses that rely upon volume processing of patients to maximize profit margin.

The decision in Whole Woman's Health was a defeat, to be sure. But the Supreme Court has made clear that good-faith efforts to protect abortion-seeking women from shady practitioners can remain a state priority. Requiring annual, unannounced clinic inspections, recordkeeping and reporting, various safety standards, and genuine individualized attention to abortion patients all should remain on the menu of worthy options for states wishing to avoid another Gosnell scandal.

Until we are able to change hearts and minds on the abortion issue and reverse the series of wrongly decided abortion cases, states can continue to pursue these options to protect as many lives (both women and unborn babies) as possible.