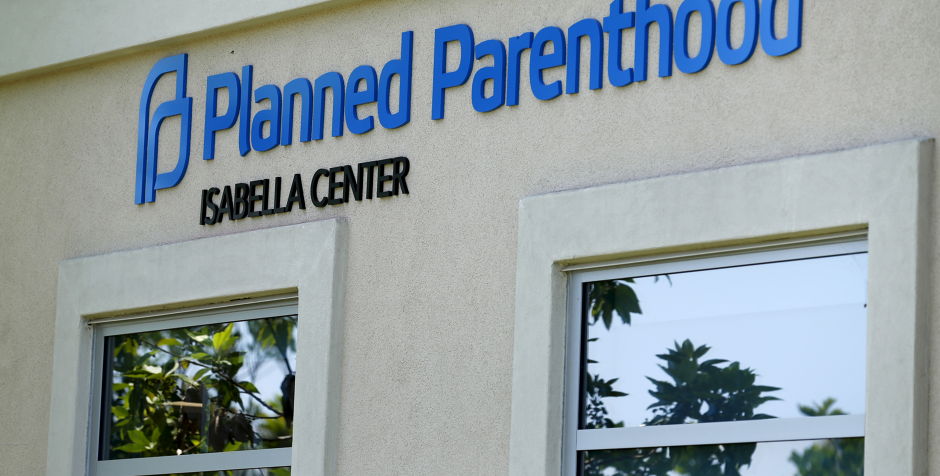 At the ACLJ, we now represent The Center for Medical Progress (CMP) – the pro-life investigative journalism group that has now released five shocking videos of Planned Parenthood abortionists discussing the sale of body parts, as well as abortion techniques used to harvest the body parts during abortions.

We represent CMP – along with its founder David Daleiden and board member Troy Newman – defending them in a federal lawsuit filed by the National Abortion Federation (NAF) – a lawsuit aimed at stopping the release of similar videos involving NAF.

Yesterday, The Center for Medical Progress released their latest chapter in the ongoing investigative journalism revealing the barbaric practices of the abortion industry.

We have written before about the previous videos and various federal statutes concerning the illegality of the buying, selling, and use of organs and tissue from aborted babies.

The latest video has footage that is harder to watch than anything previously. Babies’ arms. Babies’ legs. Eyeballs. All distinct and separate and picked apart.

And this new video reveals for the first time that Planned Parenthood is not only interested in selling body parts, but is actually caught on-camera discussing another revenue stream – the harvesting and sale of an entire baby – “intact fetal cadavers” as the abortionist calls it.

But it is the statements made by the clinic director, where the full horrific picture of what is happening is revealed.

Here are a few of the more shocking and revealing statements made by Planned Parenthood abortionists in the latest video:

Referring to babies as “products of conception” and discussing how to get what the researchers need: “And under the scope of where we probably have an edge over other organizations, is our organization has been doing research for many many years. And we’ve had studies in which the company or the investigator has a specific need, for certain portion of the products of conception.”

On Dissecting Babies & Selling Parts, But Being Grossed Out By Snot: “It would be exciting too if you needed it dissected, because LaShonda and I are the most Curious George of the group. I know it’s sickening on some level, but it’s fun. […] Except for snot. That’s my- I can’t do it.”

On Changing Abortion Procedures To Get Intact Fetal Tissue: “And we bake that into our contract, and our protocol, that we follow this. And we deviate from our standard in order to do that. So, you know, we can do it in a way that we’re still verifying that everything is there for the safety of the patient, but then we maintain the integrity of that sample. So yeah, that’s definitely something we can do. So as far as, this is our standard process, telling you then we can get creative about when and where and under what conditions can we interject something that is specific to the tissue needs.”

On Obtaining Intact Baby Bodies, Potentially Splitting the Baby piece-by-piece into Different Shipments, and it all just being “a matter of line items”: “And we are able to obtain intact fetal cadavers, then we can make it part of the budget that any dissections are this, and splitting the specimens into different shipments is this, that’s, it’s all just a matter of line items.”

On How Much the Department that Harvests Babies’ Organs Contributes to the Finances of Planned Parenthood: “I think everyone realizes especially because my department contributes so much to the bottom line of our organization, you know we’re one of the largest affiliates in the country. Our research department is the largest in the Unites States, larger than any the other affiliates’ combined.

On Paying the Patient for Collecting “Additional Specimen” While Harvesting Organs: “We just need to bake it in, we just need to bake it in. It gets a little touchy when it comes to the patient though, because technically we can’t reimburse the patient for donating the fetal tissue, but if we’re collecting an additional specimen, like Hep B if it’s something we need to know is Hep B and it’s not something we do clinically. That does fall under my research part where we reimburse the patient. It’s challenging because she’s coming in for an AB but we’re not paying her for that AB but we’re paying her for this blood and yea.”

There’s so much more as well, including the Planned Parenthood officials mocking pro-life advocates, pro-life counselors with ultrasound machines, and common-sense laws protecting the health of women and unborn children.

What seems to be clear from this latest video is that Planned Parenthood has created a culture in its affiliates that is very comfortable with altering the abortion procedure to get the specific body parts a buyer is looking for.

She seems to be much more concerned with the fetal tissue buyer’s demands than the consent form her patients have signed agreeing that the abortion procedure would not be altered in any way – not to mention the obligation the clinic’s doctors themselves are ethically bound to which require they look out for the best interests of their patients first and foremost.

It is also clear that when it comes to fetal tissue harvesting, this Planned Parenthood affiliate, like those shown in the other videos, seems more concerned with their bottom line than anything else.

But what is Planned Parenthood's response to hours and hours of investigative journalism footage showing affiliates all over the county selling aborted babies for parts?  They ask the media to look away. They shut down their website and scrub it clean.  Using inflammatory language, they belittle the citizen journalists who are simply revealing through video footage words directly out of the mouths of Planned Parenthood employees themselves.  They spout out stale talking points that have been proven false time and time again.

We are continuing to stand up against the lies and distortion from the abortion industry in federal court as we defend the investigative journalists revealing these barbaric, immoral, and potentially illegal practices. Stand with us.