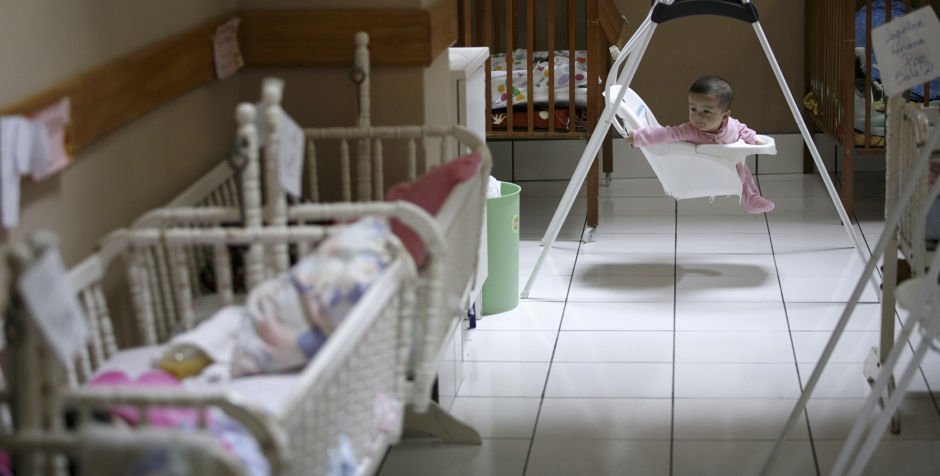 How the Bureaucracy Bullies Adoptive Families

Even as orphans in need face overwhelming obstacles, those loving and caring families who wish to provide them the care they so desperately need – to adopt them – are being targeted by an out-of-control federal bureaucracy.

The international orphan crisis currently affects over 153 million children around the world.

Over 153 million children who do not know the love and protection of a mother or a father.

Over 153 million children who live without the hope of a family to call their own.

In spite of these overwhelming statistics, thousands of American families have bravely chosen to face this crisis head on by welcoming orphaned children into their own families through international and domestic adoptions.  But the astronomical cost of adoption today—frequently well over $40,000—coupled with the high costs of caring for a child who has experienced trauma and often has special needs creates major barriers to adoption for most poor and middle class families.

In order to encourage adoption and lessen this financial burden on families, Congress created the Adoption Tax Credit, which offers a credit for qualified adoption expenses.  Since its establishment in 1997, the Adoption Tax Credit has helped thousands of American families offset the staggering expense of adoption so that they can meet the special needs of their adopted child.

Yet the very tax credit that was created to support thousands of adoptive families is now being used against them.  The IRS is now targeting families who claim the adoption tax credit by subjecting them to long and burdensome audits.

In 2012, the IRS requested additional information from 90 percent of returns claiming the adoption tax credit and went on to actually audit 69 percent. This is a staggering number. Think about this: the IRS put as a top priority the auditing of parents who have adopted kids. The Taxpayer Advocate Service—which is part of the IRS—explained the gory details:

“During the 2012 filing season, 90 percent of returns claiming the refundable adoption credit were subject to additional review to determine if an examination was necessary. The most common reasons were income and a lack of documentation.

“Sixty-nine percent of all adoption credit claims during the 2012 filing season were selected for audit. . . . The average adoption credit correspondence audit currently takes 126 days, causing a lengthy delay for taxpayers waiting for refunds.”

This is outrageous!  American families who have opened up their lives and homes to precious orphaned children are now likely to have to open up their lives to the prying eyes of the IRS as well.

The transition home for an adopted child is a challenging time for both the child and their new family.  And now, just as a family is focusing on providing care and healing for their traumatized child, they are forced to spend countless hours digging up receipts, which are often in a foreign language and currency if a receipt was given at all, and documenting every detail of their adoption journey for the IRS.

And have these invasive audits yielded any fraud? Jay answers:

Absolutely not. In fact, this question has been asked and answered by the Government Accountability Office. This 2011 GAO report is dispositive:

So not only are these audits disproportionately burdening adoptive families, but they are fruitless as well!

The auditing of adoptive families is a poignant example of how bureaucrats’ overly burdensome regulation and meddling hurts lower middle class and lower class families harder than anyone else.

Again, as Jay discusses in Undemocratic:

This is the kind of behavior that alienates citizens from their government. In an era of trillion-dollar deficits, allocating IRS resources to audit thousands of adoptive parents will not make the slightest bit of difference to the fiscal health of the nation.

Instead, it demonstrates the IRS’s lack of proportion and integrity, doing further damage to an agency whose reputation was already in tatters. But the story gets worse. A closer look at the data shows that adoptive families are hardly taken from the ranks of the wealthy and privileged. People from a variety of economic backgrounds adopt. Once again, here’s the Taxpayer Advocate Service:

“With respect to the Adoption Credit, and in particular the credit for adoption of special needs children, the IRS has failed abysmally to take into account that over 45 percent of adopting families are at or below 200 percent federal poverty level, presenting particular communication and functional literacy challenges even as they are desperately in need of the funds which Congress has sought to deliver to them.”

There are countless examples of this bureaucratic bullying in our government.

Congress intends to make life easier for members of our American community who are working hard, loving their neighbors, and caring for the widows and orphans.  Americans rise to the challenge, just as generations have before.

Then, unelected and unaccountable bureaucrats act outside of the law to burden and bully everyday Americans.

To learn more about these challenges we face and what we can do to restore our Republic, pre-order #1 Bestselling Author Jay Sekulow’s brand new book Undemocratic now.