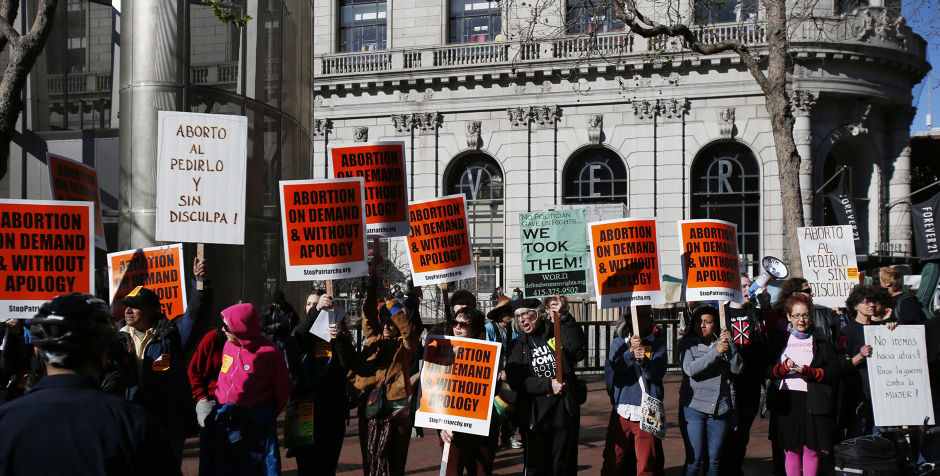 Earlier this week I unpacked Planned Parenthood’s fallacious reporting mechanisms which attempt to hide the fact that they are the nation’s leader in aborting babies.

Since you and I are handing the abortion giant more than half a billion dollars of our hard earned tax dollars each year, maybe we should be able to ask what we helped pay for this year.

Supposedly, according to federal law (the Hyde Amendment), no federal funds can be used for abortions.  So what could Planned Parenthood be using all that money for?

First, Planned Parenthood is proud of its nearly 100-year history, rooted in eugenics, and its founder Margaret Sanger who established the organization to "assist the race toward the elimination of the unfit."  Planned Parenthood doesn’t shy away from Sanger, instead opening its message from President Cecile Richards by praising her.

Planned Parenthood then talks to you, the American taxpayer, thanking you for your support and letting you know what you’ve helped accomplish:

Until 1973, young healthy Americans women were dying because of illegal and unsafe abortions. Today, abortion is one of the safest medical procedures in the country.

Thanks to your support, our movement has come so far in nearly one hundred years and we are building momentum.

With that in mind, here is some of what you helped pay for this year with your tax dollars:

Planned Parenthood also could have used your tax dollars to pay its legal bills, using the courts to implement its radical abortion agenda.  Planned Parenthood spends an entire page of its report touting that it “won court victories protecting abortion” in numerous states, from Arizona to Iowa.  And claims to have stopped pro-life laws that could have “forced three of the five abortion providers” in Alabama to shut down and is “pushing back against similar laws that closed health centers [i.e., abortion clinics] across Texas and threatened access to abortion in Louisiana, Mississippi, Oklahoma, and Wisconsin.”

What are these laws that your tax dollars could have helped to defeat or at least temporarily halt as the cases are appealed?  These pro-life laws would have forced Planned Parenthood to follow federally proscribed safety standards and other basic health and safety regulations – the types of regulations that were ignored in abortionist Kermit Gosnell’s house of horrors where women died and babies born alive after botched abortions were subsequently murdered.  There is nothing “safe” about the abortions Planned Parenthood advocates for, not for the women nor the babies.  The fact is your tax dollars are feeding Planned Parenthood’s voracious appetite for more abortions, without any restrictions whatsoever.

You also helped pay for Planned Parenthood’s abortion machine reaching “1 million people outside the U.S.”  Why is this important?  Because President Obama repealed all restriction on U.S. tax dollars being used to fund abortion outside the U.S., something known as the Mexico City Policy.  So while your tax dollars can’t technically pay for an abortion within our borders, Planned Parenthood is free to use that money to pay for abortions outside America.

You also helped pay for Planned Parenthood’s massive media propaganda blitz “[i]n every medium and across every platform” to “shift[] public opinion” by demonizing and distorting the Supreme Court’s decision in the Hobby Lobby case and every pro-life American who didn’t want to be forced, against their firmly held religious beliefs, to pay for abortion pills.

While you might have known about much of that, this next one should be absolutely shocking – so shocking in fact I am posting the actual page from Planned Parenthood’s annual report so you can see it with your own eyes.

You paid for an admitted abortion propaganda movie.

I can’t state it in any more plain terms than what Planned Parenthood said itself: “When the film Obvious Child was released this year, it marked a breakthrough for abortion in popular culture – as an edgy, hip, funny, remarkably honest story revolving around one woman’s abortion.”  Your tax dollars helped write it, film it, and promote it.

But that’s the point, Planned Parenthood’s abortion distortion is so convincing that it could name a movie about aborting an unborn baby, “Obvious Child.”

It is obvious.  It’s obviously a life.  But as obvious as it is, we’re still sending half a billion of our tax dollars to the largest abortionist in America.

This article is crossposted on Redstate.