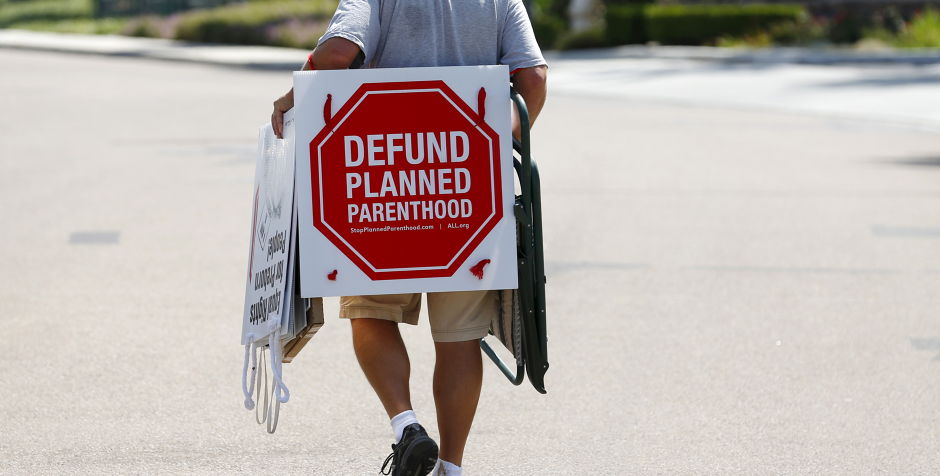 The American public has been shocked and disgusted by the revelations concerning Planned Parenthood’s latest business venture: dismembering and selling body parts of unborn children.

The Center for Medical Progress (CMP) – a pro-life investigative journalism group – has released shocking videos of the abortionists discussing the sale of body parts, as well as abortion techniques used to harvest the body parts during abortions.

At the ACLJ, we now represent CMP – along with its founder David Daleiden and board member Troy Newman – defending them in a federal lawsuit filed by the National Abortion Federation (NAF) – a lawsuit aimed at stopping the release of videos involving NAF.

The fact of the matter is the abortion industry doesn’t want the American public to see the evil it is perpetrating.  It is scared, running to court in an attempt to intimidate and silence the truth about big abortion’s slaughter and sale of aborted babies’ body parts.

At a hearing in federal court in San Francisco yesterday, a judge extended the TRO until the end of this month.  Details in this report from the Associated Press:

U.S. District Judge William Orrick sided with claims by the National Abortion Federation and its members that they would suffer harassment, intimidation and even violence if the Center for Medical Progress was permitted to circulate the material.

The federation, a professional association that represents clinics, health centers, doctor's offices and hospitals where abortions are performed, alleges that officers with the Center for Medical Progress infiltrated the federation's yearly conferences in Baltimore and San Francisco by posing as fetal tissue buyers.

Orrick initially issued an emergency restraining order on Friday prohibiting the center from releasing recordings, names, addresses or dates gathered at the meetings.

Following a brief hearing on Monday, the judge agreed to keep the temporary order in place until an Aug. 27 hearing on the federation's request for an injunction permanently disallowing release of the information.

The non-disclosure agreements that Center for Medical Progress agents signed while presenting themselves as legitimate conference participants weighed heavily in his decision, Orrick said.

"As far as I'm concerned, anything that happened during the time of the NAF annual meetings, whether it's in the hallway, in a restaurant, in the meeting hall itself, if it's with NAF participants the defendants wouldn't have had access to but for the agreements signed under false pretenses, I think all of that would be included" in the restraining order, he said.

We strongly disagree with the Court’s finding. This case is about safeguarding the freedoms of speech and the press of our clients. Unfortunately, the court failed to do just that.

In our brief filed with the court, our position is clear:  NAF lacks organizational standing in the case, has not met the legal standards for a TRO, and is not likely to succeed on the merits of its case.

Our brief also asserted that the TRO prohibiting the release of potential footage represents “an invalid prior restraint in violation of Defendants’ freedoms of speech and the press.” The brief contends:  “NAF has done nothing to prove a clear and present danger or a serious and imminent threat to a protected compelling interest attributable to Defendants’ investigative journalism, which strives to inform the public of likely criminal wrongdoing.”

This court decision really marks just the beginning of a lengthy legal battle to defend the constitutional rights of our clients.

It is important to note that the court’s order in the NAF case does not affect CMP’s continued release of Planned Parenthood videos exposing the selling of body parts.

We remain committed to using every legal avenue available to ensure that our clients can tell the complete troubling story of an abortion industry that is in business to profit from the dismemberment and sale of body parts.

This lawsuit by the NAF is an unwarranted attack on the First Amendment and must not be permitted to stand.

We are confident that this lawsuit by NAF will not succeed and our clients ultimately will be able to release the complete findings of their investigative report.

We’ll be back in federal court in the days and weeks ahead to defend CMP as it exposes Planned Parenthood and the abortion industries deception and destruction of life.