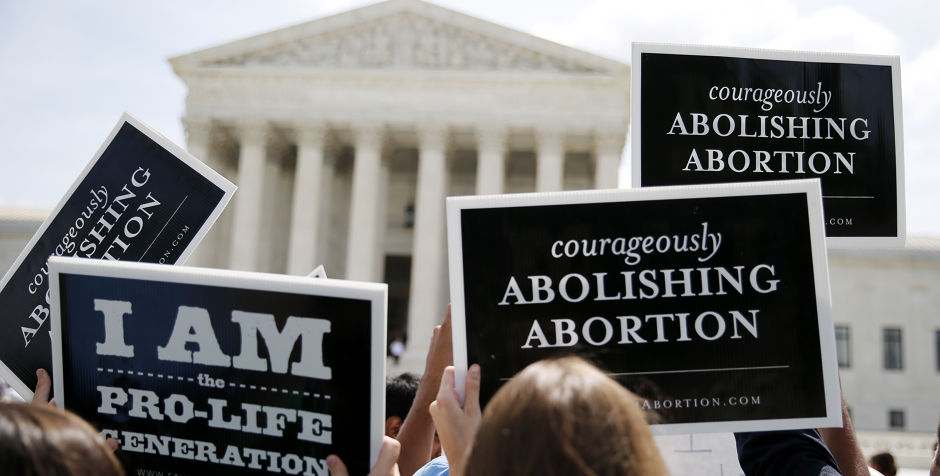 On March 5, ACLJ attorneys asked the U.S. Supreme Court to review and reinstate a lawsuit accusing the Planned Parenthood (PP) affiliates of California of illegally overcharging the government – and thus taxpayers – over $200 million. In our “petition for certiorari,” the name for a formal request that the Supreme Court hear a case, we argue that the decision of the federal appeals court rejecting the lawsuit dramatically departs from the rulings of other federal appeals courts and creates a substantial obstacle to attempts to pursue those who cheat the government.

The suit, Gonzalez v. Planned Parenthood of Los Angeles et al., was filed under the federal False Claims Act (FCA). The FCA authorizes both the federal government and private whistleblowers to bring civil suits to recover money obtained by “false claims” against the government. In this case, the complaining party is Victor Gonzalez, the former chief financial officer of the Los Angeles Planned Parenthood. Mr. Gonzalez sued, alleging that, for years, the PP affiliates massively – and unlawfully – marked up their reimbursement requests for the distribution of birth control drugs and devices to low-income individuals. The relevant federal and state laws and regulations required PP to charge the government no more than “actual acquisition cost” – i.e., what the drugs and devices cost PP – with no mark-up for profit. Instead, PP marked up the charges as much as ten times or more the actual cost. As we recount in our petition:

When the case went back to the district court, PP moved to dismiss the case on a variety of theories. The district court rejected some of PP’s arguments, but ultimately threw the case out again, this time ruling that the complaint did not allege “falsity” as required by the FCA. We appealed again, pointing out that a request for more money than is allowed is the very essence of a “false claim”. The Ninth Circuit, however, went in a new direction. Instead of reviewing the falsity argument, the appeals court decided on its own that the complaint did not allege that PP “knowingly” violated the law. The court said that state government officials “seemed to tacitly approve” of PP’s overbilling, and that this negated the scienter – the culpable state of mind – of PP. We sought rehearing, pointing out that the complaint attaches documents that show state officials told PP, in no uncertain terms, that it could not mark up its charges. But the appeals court declined to reconsider the case.

That meant we had to turn to the Supreme Court for relief. In our newly-filed petition, we explain why the Ninth Circuit got the False Claims Act claim wrong here:

The FCA targets misconduct that cheats the federal government. Sometimes the government has some awareness of the alleged misconduct while it is still happening. In such cases, the federal circuits have generally held that government knowledge of the misconduct can be relevant to, and possibly help disprove, the scienter – the mental state element – which the FCA requires for liability. This scienter defense is generally referred to as the “government knowledge defense,” and because this defense goes to a necessary element of an FCA suit, it applies to both government and private enforcement under the FCA.

In sharp contrast, the Ninth Circuit here rendered a decision that gives conclusive defensive effect, at the pleadings stage, to state government officials’ knowledge and partial inaction. This decision directly conflicts with square holdings of the Third and Fifth Circuits, dramatically departs from the consistent practice of seven other circuits, flies in the face of the Department of Justice's repeated insistence upon the proper limits of the “government knowledge defense,” and in the process turns this Court’s [pleadings] standard upside down. This Court should grant review.

In layman’s terms, this means: (1) the government’s supposed approval of otherwise illegal activity is a question of fact that, when disputed (as here), has to be decided at the factfinding stage and cannot be decided based upon a bare reading of the complaint; (2) state officials, who are not the federal government, cannot approve of or authorize private parties like PP to cheat the federal government; (3) when the state officials repeatedly said “No” to PP, a court should not infer, without proof, that there was a secret “Yes”; and (4) the Ninth Circuit’s ruling on each of these issues puts it at odds with every other federal appeals court and creates a roadblock to enforcement of the FCA, necessitating the Supreme Court to step in and settle the matter.

The False Claims Act is the federal government’s “primary civil remedy to redress false claims for government funds,” according to the Department of Justice itself. In fact, FCA suits have brought in more than $38 billion in recoveries in the last three decades. Even fans of Planned Parenthood should agree that it disserves the nation to hamper the functioning of that important federal statute.

We hope the Supreme Court will agree to hear this case and to overturn the Ninth Circuit’s very unfortunate ruling. Our petition is available here.

Attorney Jack Schuler, of Schuler and Brown in Van Nuys, California, is serving as co-counsel with ACLJ attorneys for the case.