As the Executive Director of the ACLJ, I am joining other pro-life leaders in signing a letter to the U.S. Senate Committee on Health, Education, Labor, and Pensions in opposition to the nomination of Xavier Becerra to serve as the next Secretary of the Department of Health and Human Services (HHS). We firmly believe confirming Becerra to this critical post would be a mistake for our country and will hurt our efforts to protect life at all stages. The ACLJ has direct experience at the Supreme Court fighting Becerra’s anti-life efforts.

Mr. Becerra has a dismal and radical record when it comes to protecting the lives of the unborn. As the Attorney General of California, he has consistently attacked pro-life policies and conscience protections. As stated in the letter, there are numerous specific instances in which Becerra was an avowed enemy to the pro-life cause:

He led the charge against the Title X Protect Life Rule which under the prior administration successfully defunded Planned Parenthood of $60 million. Despite the Supreme Court already siding with the Little Sisters of the Poor in an earlier case, Mr. Becerra took the nuns and similar groups to court to force them to violate their conscience. However, perhaps most ironic, Mr. Becerra has argued against following an existing Federal law against forcing healthcare entities to provide, pay for, provide coverage of, or refer for abortion (the longstanding Weldon Amendment) calling the enforcement of such provisions “illegal”. Notably, if confirmed Mr. Becerra would be responsible for overseeing the Title X program; establishing the federal preventive service mandates that infringed on the conscience rights of the Little Sisters of the Poor; and enforcing the Weldon Amendment.

Becerra also sought to intimidate pro-life health centers and even journalists. You may remember that pro-life investigative reporters helped expose the unethical and illegal sale of aborted babies’ body parts by Planned Parenthood. It was Becerra who sought to threaten and prosecute them by bringing 14 felony charges for recording 14 videos. Even the LA Times Editorial Board called this a “disturbing overreach.”

During the ongoing COVID-19 pandemic, Becerra led a letter of pro-abortion state Attorneys General who sought to use the public health emergency to lift federal restrictions on chemical abortions. He also led a letter calling for the Administration to fund vaccine research involving fetal tissue claiming that “no alternatives to human fetal tissue . . . have been shown to be as powerful conducting these important studies.” Neither the Pfizer or Moderna vaccines used human fetal tissue in their production.

None of these radical views are new for Becerra. His pro-abortion track record – which we extensively detail here – extends to the earliest days of his career in public office. As a Member of Congress, he voted against any pro-life legislation, including the Pain-Capable Unborn Child Protection Act, the Born-Alive Abortion Survivors Protection Act, and the No Taxpayer Funding for Abortion Act. He even voted against commonsense legislation to prohibit partial-birth abortion, as well as the Unborn Victims of Violence Act, which made it a crime to harm or kill an unborn child during the commission of a violent crime.

The ACLJ has been at the forefront of battling Becerra’s radical abortion agenda in court for years – and we’ve been winning – but we cannot allow him to use HHS to further that anti-life agenda through HHS.

In addition to all of these concerns which place Becerra well outside the mainstream—and clearly not within the “unifying” theme for which President Biden has stated he is aiming, Becerra also has no medical background or experience. Given we are in an ongoing pandemic, this lack of experience is disqualifying.

At the ACLJ, we strongly believe that confirming Becerra as Secretary of HHS would be a harmful step in the wrong direction. He has proven to be an enemy of the health of women and the unborn. Entrusting him with our national health programs would be a grave mistake, and we believe that he is not qualified to serve in this capacity. Join us in fighting to protect life, and sign this petition demanding the Senate to reject his nomination. 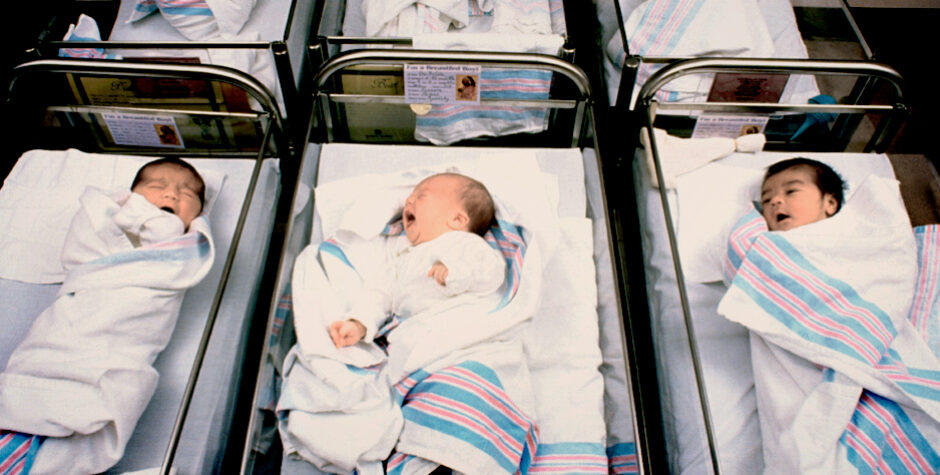 When each of our two girls was born, a cry was the first sound we heard. It was a sound of discomfort and need, yes, but also the sound of life! It was confirmation that our baby was both fragile and valuable. It was a sign that she was deserving of quality medical care. When our son was born, it...