Every day, thousands of innocent unborn babies are killed all around the world. As we reported, there were over 42.6 million abortions in 2020 alone, making abortion the leading cause of death world-wide. That means that over 42.6 million innocent babies were killed at a rate of well over 116,000 PER DAY. The heinous practice of abortion is the embodiment of disdain for human life; its very existence shows a blatant disregard for the inherent value of human life.

At the ACLJ, we will not stand by and allow this global genocide of the unborn to continue. We have just filed two Universal Periodic Review (UPR) reports with the U.N. urging Ireland and Hungary to reform their laws to protect unborn babies.

The UPR is just one of the numerous ways we address human rights violations around the world.  Through our European affiliate, the European Centre for Law and Justice (ECLJ), we have the opportunity to assist the U.N. Human Rights Council (HRC) in evaluating the status of human rights in each Member State that is up for that period’s review.

We addressed various human rights abuses in all fourteen countries up for review. Two of our reports centered on the issue of abortion.

In our report on Ireland, we addressed the fact that in 2018, Ireland repealed language within its own constitution that enshrined the right to life for both the mother and the unborn. In addition to repealing this language, Ireland legalized abortion and expanded access to abortion through permitting abortions up until week 12 and made “available without charge certain services to women for the purpose of termination of pregnancy in accordance with this Act.”

As we stated in our submission:

Ireland has removed language within its constitution that protected the equal right to life of the unborn and has granted access to abortion on request which is available up until 12 weeks, with a three-day waiting period. Still, abortion activists believe that these restrictions are . . . too strict and are lobbying for abortion on demand to be expanded, as well as removing the waiting period.

After abortion was fully legalized in Ireland on 1 January 2019, data from Ireland’s Department of Health showed a massive surge in the number of abortions performed within the country. According to the report, the number of abortions carried out in Ireland in 2019 was 6,666. This is a drastic increase from the 2,879 abortions carried out in 2018 when abortion was not yet fully legalised. It is now reported that when excluding spontaneous miscarriages, 10% of all pregnancies in Ireland end in abortion.

We have previously discussed some of the pro-abortion laws and targeting of pro-life speech occuring in Ireland that has become a cause for concern. We will continue working to ensure that unborn children are once again protected in Ireland.

Human dignity shall be inviolable. Every human being shall have the right to life and human dignity; embryonic and foetal life shall be subject to protection from the moment of conception.

However, while these protections are now enshrined within its constitution, Hungary has yet to reform its abortion laws to further protect the unborn. As we stated in our submission:

While Hungary has repeatedly affirmed its regard for and belief in the sanctity of life, unfortunately, abortion is still legal in Hungary, due to the 1992 Act LXXIX allowing abortion, which has not been amended despite the more recent protections of life in the constitution and public policy. Unfortunately, the remaining abortion laws also discriminate against pre-born children on the basis of potential disability.

This specific conflict has reached the courts, and on 15 October 2020, the Budapest-Capital Regional Court filed a judicial initiative to the Hungarian Constitutional Court, regarding a lawsuit in a tort case. In the lawsuit, the parents of a disabled child (the plaintiff) sued a hospital (the defendant) for damages and compensation for a “wrongful birth” of their child, who had a congenital disorder.

The specific targeting of preborn babies with potential disabilities for abortion is of great concern, and the ECLJ has been actively engaged in this particular case. In January of 2021, the ECLJ filed an amicus curiae brief to the Constitutional Court of Hungary arguing that Hungary’s 1992 Act LXXIX contradicts both the Fundamental Law of Hungary and Human Rights Law.

In addition, we have addressed the issue of abortion before the U.N. HRC numerous times and just recently delivered a powerful oral intervention before the HRC detailing horrific abortion practices happening all over the globe.

We have taken direct action to urge the international community to no longer turn a blind eye to the killing of innocent babies still in their mothers’ wombs, particularly through means that are tantamount to torture.

Over the past year, the word “pandemic” has become commonplace. While not technically a disease, abortion is a deadly scourge that gripps the entire world, and is causing massive loss of life. We can and must fight it. As we’ve just demonstrated, millions of innocent lives are depending on us.

Join us as we aggressively continue our efforts to advocate for the unborn and give a voice to the voiceless worldwide. 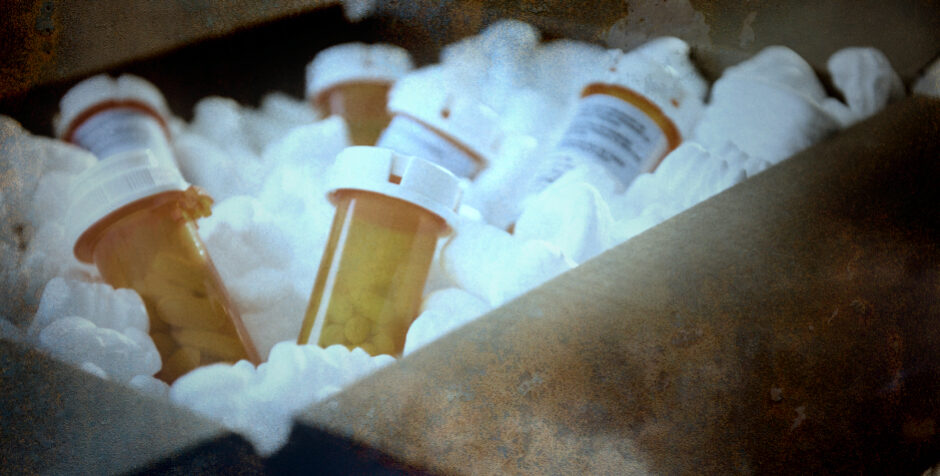 As we anticipated , the Biden Administration is quickly stripping away the pro-life protections that the Trump Administration advanced over the previous four years. You may recall that last year, during the height of the pandemic, abortion advocates – led by none other than President Biden’s new...