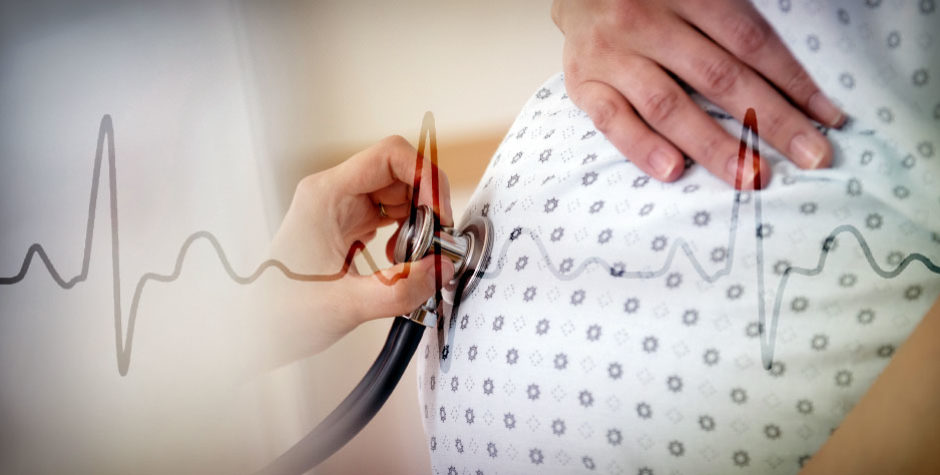 When federal district court Judge Mary Geiger Lewis ruled against the newly enacted South Carolina Fetal Heartbeat and Protection from Abortion Act, she didn’t hold anything back. Although the pro-abortion challengers, led by Planned Parenthood South Atlantic, challenged only one out of roughly two dozen provisions of the new law, Judge Lewis, an Obama appointee, granted a preliminary injunction against the entire Act. That’s not the way litigation is supposed to work. So the ACLJ just filed an amicus brief urging the U.S. Court of Appeals for the Fourth Circuit to overturn – “vacate” – her overbroad injunction.

Here’s the story: Many states across the country have been adopting heartbeat bills – laws that ban abortion after a baby’s heartbeat can be detected. Those bills resonate with the common understanding that if someone’s heart is beating, that person is alive and should not be deliberately slain. Consequently, heartbeat legislation is quite popular.

But here’s the hitch: The Supreme Court created a right to abortion in Roe v. Wade. And while the abortion lobby has long sought to dehumanize prenatal human beings – calling them “tissue” or “products of conception” – the fact is that from remarkably early in pregnancy, children have plainly recognizable human features, including organs. As the abortionists have now admitted when challenging heartbeat laws, the human heartbeat can be detected from around six weeks of pregnancy.

Now, it is a good thing that abortion proponents are finally admitting what the pro-life movement has said for decades: “Abortion Stops a Beating Heart.” But that hasn’t prevented abortionists from challenging heartbeat laws in court, precisely because the heartbeat starts so early. As the abortion lawyers point out, the Supreme Court has generally said that bans on abortion are impermissible before viability, and – the abortion lawyers argue – six weeks of pregnancy is months before a baby could live outside the womb. Therefore, the pro-abortion legal teams contend, heartbeat laws must be struck down.

In the separate case of Dobbs v. Jackson Women’s Health Organization (which we analyze here), the U.S. Supreme Court is currently examining the question whether the viability line – assuming there is such a thing – should stand as an absolute obstacle to abortion restrictions. In the meantime, abortionists have been winning court injunctions against heartbeat bills in the lower courts. So to that extent, it was not a shock when Judge Lewis granted a preliminary injunction against the South Carolina post-heartbeat ban on abortions.

But as someone who has helped draft heartbeat bills around the nation, I have to emphasize that these heartbeat bills come in a package. That is, banning abortions after heartbeats are detectable is just one part of a broader pro-life program that these bills enact. For example, a model heartbeat bill will include essential informed consent measures – specifically, requiring the abortionist to test for a heartbeat and let the mother know if one is found – that can be crucial for saving mothers and babies from abortion even if the ban portion of the bill is invalidated. Another section of the model bill requires states to report whether there is a supposed “health” justification for any abortion done – regardless of whether a heartbeat is found and regardless of whether the ban section is operative.

The South Carolina heartbeat bill contained both of these model features (and others), but the district court judge did not spare these independently valuable provisions from her order. We therefore focused our amicus brief on the “wildly overbroad” scope of the injunction. As we explain in our brief:

The South Carolina Fetal Heartbeat and Protection from Abortion Act, SB 1 . . . contains many different provisions, including a robust severability provision, but the challenge by plaintiffs focused on just one provision, namely the criminal ban on post-heartbeat abortions. Yet the preliminary injunction the district court entered . . . enjoins “the entire Act” (p. 18) under the (erroneous) premise that the different provisions are not severable. This blunderbuss approach to relief was wrong, not just as a matter of severability, but as a matter of federal subject matter jurisdiction. The district court should not have granted a preliminary injunction against statutory provisions that plaintiffs neither challenged nor alleged to have caused plaintiffs any cognizable Article III injury.

As we explain, the Heartbeat Act consisted of nine different sections, and the third section of the Act adopted or amended fourteen different statutory sections. Of this range of legislative provisions, Planned Parenthood and its fellow plaintiffs targeted only one: the post-heartbeat ban section. As the plaintiffs themselves said, “[T]he only effect of an injunction would be to prevent South Carolina from enforcing its plainly unconstitutional ban on previability abortions” (emphasis added). Well, that’s what plaintiffs said. But that’s not what the judge – with the urging of plaintiffs – did.

We point out (p. 5) how mistaken it was to treat the Act as if it were a block that had to rise or fall together: “The remainder of the Act contains many sections and provisions that have independent significance, i.e., they remain functional regardless of whether the ban section is operative.” We elaborate:

[T]here is obvious value, for example, to the provisions requiring heartbeat testing and communication to the pregnant woman that her baby has a heartbeat. Such powerful information clearly has immense potential value as a matter of informed consent. And in any event, whether such information ultimately sways a woman’s choice or not, the obtaining and communication of such information does not depend at all upon the operative force of the separate post-heartbeat ban provision.

adds a requirement that abortionists report for all abortions whether the abortion is done for health reasons or not, and if the abortion was done for health reasons, to explain the health rationale. This requirement has obvious epidemiological value. What proportion of abortions are done for health reasons as opposed to elective social reasons? Are physicians invoking health justifications that are flimsy or serious? If the latter, is there a maternal pregnancy health issue that warrants statewide attention? The effectiveness and value of this provision in no way depends on the operative force of the post-heartbeat ban section. Hence, there is no reason whatsoever it should be enjoined.

As we conclude in our brief:

Plaintiffs’ claim that, “[w]ithout the ban, the residue of [the Act] would be nothing more than a series of inoperable or unworkable provisions deprived of their common purpose.” . . . , is inaccurate, indeed indefensible.

This is not the first time we have dealt with a federal district judge grossly overreaching to invalidate an entire heartbeat law when only the ban section was challenged. We filed an amicus brief in an Ohio case with the same problem. Is this just one more instance of the “abortion distortion factor,” where normal rules go out the window in abortion cases? Whether it is or is not, here at the ACLJ we plan to keep insisting that courts mind their limits, especially in the context of protecting children before birth.