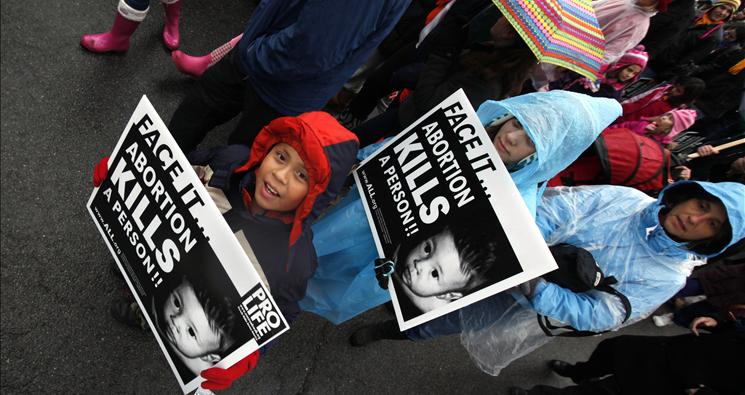 In January, we warned you.  We described exactly how Obamacare would open the door for Planned Parenthood-run clinics in middle schools and high schools.  And now it’s a reality.

When I first read the appalling story that Planned Parenthood was setting up shop in a public high school’s health center, I had a strong suspicion that its “reproductive services” at the school were targeting mainly poor and minority kids.  After all, Planned Parenthood’s eugenic history is well-known, and as recently as 1997 was proclaiming that its “core clients” were “young women, low-income women, and women of color.”

I was right.  The CBS story describes the school’s neighborhood as “heavily Latino and low-income.”

There are so many reasons why we the pro-life cause is winning the battle for public opinion.  The increase in ultrasounds and improvements in ultrasound technology are a huge factor – causing Americans to see the unborn child as a baby and not (as Planned Parenthood would prefer) as a mere “clump of cells.”  Also, the patient and faithful advocacy of pastors, sidewalk counselors, activists, and others is slowly but surely winning the day.

Relatively overlooked, however, in the abortion debate is Planned Parenthood’s extreme focus on the most vulnerable members of our society – young, poor, minority girls.  In any other context, such a focus would be a national scandal, with the mainstream media publishing story after story excoriating Planned Parenthood for racism and sexism.  But this is abortion – the cornerstone of the sexual revolution – and it is sacred to the secular left, certainly more sacred than their alleged commitment to ending racism.

In the twisted world of abortion morality, teaching poor kids that sex can be consequence-free is considered a “service” and aborting the babies that inevitably result from this teaching advances “social justice.”  I have another word for Planed Parenthood’s actions.