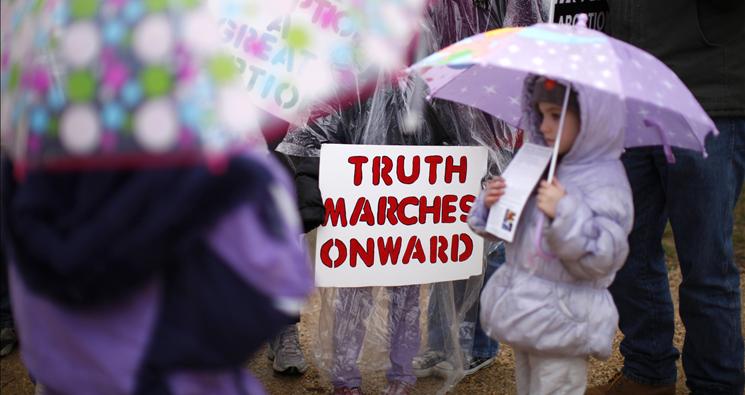 Our federal lawsuit against Planned Parenthood in Texas alleges that the abortion giant defrauded taxpayers by charging state and federal governments for services not actually provided, medically unnecessary services, and services that are not covered under Medicaid and other programs.

On Friday, a federal court agreed with the ACLJ that these allegations, if proven, constitute fraud in violation of federal law. The federal court in Texas denied Planned Parenthood’s attempt to have this critical case against the abortion giant thrown out.

This is a major victory as this case to hold Planned Parenthood accountable moves forward to trial. At stake are literally hundreds of millions of dollars, and it is a case that could have a substantial impact on one of Planned Parenthood’s largest affiliates in Texas.

The federal court noted that our lawsuit on behalf of former Planned Parenthood employee turned whistleblower, Karen Reynolds, “asserts that these false claims were submitted to the United States and Texas governments for reimbursement and, to support its claims for payment, [Planned Parenthood] regularly falsified patient charts.”

As the court also noted, Planned Parenthood merely argues that “there is nothing fraudulent about a policy to maximize revenues.” The Court didn’t buy that argument and held that if our client’s allegations are proven, it would show that Planned Parenthood engaged in a “fraudulent scheme to maximize revenues” in violation of federal law “on a regular if not daily basis” over the course of at least ten years.

This court decision is also a major victory in light of a recent decision from a California federal court throwing out a similar case against Planned Parenthood there. The ACLJ has already successfully appeal that case to the Ninth Circuit Court of Appeals once, and is preparing to appeal the trial court’s second attempt to throw the case out on a technicality.

The federal district court in California held that fraudulent overbilling of the government does not constitute a “false” claim. We are arguing on appeal, and as the federal court in Texas agreed, Planned Parenthood’s alleged fraudulent actions do violate federal law.

Both of these cases against the largest abortion provider in America are critically important in the fight for life and against continued taxpayer funding for the abortion business. We will continue to keep you informed as these cases proceed.