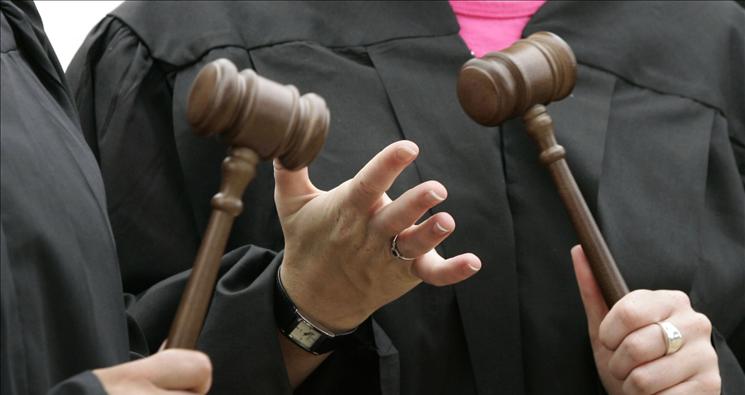 The ACLJ is continuing its efforts to hold Planned Parenthood (PP) affiliates in California accountable for more than $100,000,000 in illegal overbilling. PP should not be permitted to enrich itself by extracting tens of millions of dollars in taxpayer funds through a scheme of charging rates in excess of legal limits.

In Gonzalez v. Planned Parenthood Los Angeles (PPLA) et al., ACLJ attorneys represent P. Victor Gonzalez, the former Vice President of Finance and Administration of Defendant PPLA in a federal whistleblower suit. The suit, brought under the federal False Claims Act, 31 U.S.C. §§ 3729 et seq., and the California False Claims Act, Cal. Gov’t Code §§ 12651 et seq., alleges that PP affiliates in California bilked the state (and through it, the federal) government over birth control drugs and devices. In particular, PP routinely and unlawfully billed the government at its hugely marked-up “usual and customary” rates, instead of charging the much lower “acquisition cost,” i.e., the price PP actually paid for the materials.

Gonzalez, represented by local pro-life attorney Jack Schuler, filed suit on Dec. 19, 2005, in federal district court in Los Angeles. The suit remained “under seal” – kept secret from the public – as required by the False Claims Act, to allow the federal government the opportunity to decide whether to intervene in the case. The federal government finally decided, nearly two years later, not to intervene, and the district court then unsealed the case. Gonzalez filed a First Amended Complaint, and PP responded with a motion to dismiss, which the district court granted on Oct. 30, 2008. The district court ruled that Gonzalez could not bring the suit because the alleged fraud had already been the subject of “public disclosure.”

Gonzalez appealed to the U.S. Court of Appeals for the Ninth Circuit, with ACLJ attorneys joining the case on his behalf. We filed legal briefs with the appeals court, and I presented oral argument for Gonzalez on Jan. 15, 2010. The three-judge panel of the Ninth Circuit that heard the case on June 29, 2010 unanimously overturned the district court’s dismissal and reinstated the case. The appeals court ruled that Gonzalez was an “original source” of the information and therefore was entitled to sue even if there was a “public disclosure” of the information. The appeals court on Aug. 12, 2010 turned away PP’s petition for rehearing. PP did not try to take the case to the Supreme Court.

When the case returned to the district court, PP filed an answer to Gonzalez’s lawsuit, but then filed a motion for judgment on the pleadings (i.e., dismissing the case). The district court on Apr. 19, 2011, granted the motion in part. The court threw out Gonzalez’s state claims, saying they were filed too late (beyond the statute of limitations). The court also rejected the federal claims, but gave Gonzalez the chance to amend his complaint, which he did. PP again answered and moved for judgment on the pleadings, raising new objections to the Second Amended Complaint. The parties, with the court’s approval, then agreed to another amendment to the complaint.

After we filed a Third Amended Complaint, PP moved, for the fourth time, to dismiss the case. This time PP added another new argument, namely, that the complaint did not allege that any of the claims were “false.” The district court on June 26, 2012 agreed and again dismissed the entire case. We appealed once more to the Ninth Circuit. This is the appeal that is currently pending.

We filed our opening brief for Gonzalez on Dec. 27, 2012. PP filed its response brief on Feb. 25, 2013, and we filed our reply brief today. The dispute on appeal centers on whether a claim of unlawful overbilling is a “false claim” under the federal False Claims Act. We point out that the very purpose of the FCA was to target overbilling of the government, and that what makes a claim “false” is that the person making the claim is not entitled to the money requested. (To guard against liability for innocent mistakes, the FCA also requires that the false claim be made “knowingly.”) PP’s position is that violations of billing limits are “mere regulatory violations” not covered by the FCA. Our response is that this interpretation would largely gut the FCA, noting that the federal Department of Justice regularly obtains sizable false claims awards under the FCA statute based upon allegations of unlawful overbilling.

The appeal has not yet been scheduled for oral argument. We will keep you posted as developments unfold.