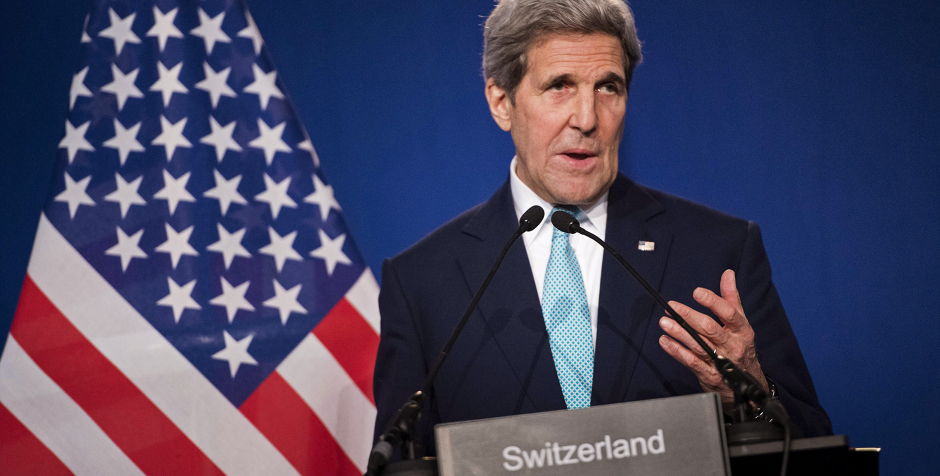 U.S. Government Must Use Every Opportunity to Bring Pastor Saeed Home

Today, we continue to urge the U.S. government to do all within its power to bring home American Pastor Saeed Abedini who is wrongfully imprisoned in Iran for his Christian faith.

In the wake of President Obama’s announcement that a framework for a deal with Iran has been reached on nuclear negotiations, it is critical that our government use this unique opportunity – as our two nations continue to sit at the negotiating table over the next few weeks and months – to bring Pastor Saeed and the other wrongfully imprisoned Americans home to their families.

Secretary of State John Kerry addressed the issue following the announcement that a framework for a deal with Iran had been reached:

And finally, with respect to our citizens, we of course have had a number of conversations, and no meeting, no date when we come together has been without conversation about our American citizens. I’m not going to go into any details except to say to you that that conversation is continuing. We have a very specific process in place to try to deal with it, and we call on Iran again, today, now, in light of this to release these Americans and let them get home with their families. And we are working on that and we will continue to be very focused on it.

As Secretary Kerry stated, the United States and Iran continue to talk about the release of Saeed and the other Americans held captive in Iran. It is the hope of our family that Saeed and the others are released and returned to their families. President Obama has told our family that he considers securing the freedom of Saeed to be a "top priority" and I continue to take him at his word. As we prepare to celebrate Easter, I want to thank the many people around the country and the world who are continuing to pray for Saeed's release.

Pastor Saeed – a U.S. citizen – deserves to be home with his wife and two young children.  For over 920 days, he has been wrongfully held, simply because he is a Christian.  He is suffering intense pain from prison beatings.

We continue fighting across the globe for his freedom – at the United Nations, in Congress, and with the State Department.

Join our international effort, and sign our petition (below and) at BeHeardProject.com urging the Obama Administration not to leave him behind.