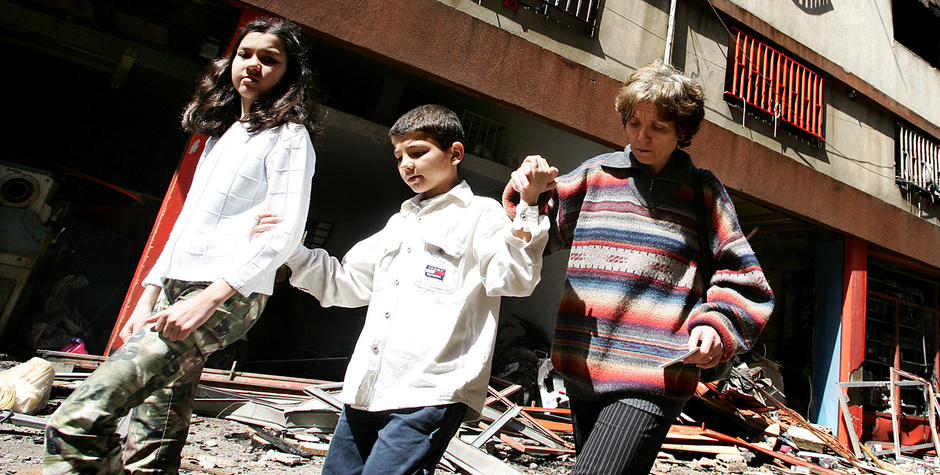 As we reported a little over a week ago, we sent a letter to the United Nations (U.N.) Secretary-General as part of our recently announced 7-point plan to advance the cause of Christians and others being exterminated by ISIS (Islamic State) genocide.

In our letter, we urged Secretary-General Ban ki-Moon to recognize the ISIS genocide and to press the U.N. Security Council and other U.N. bodies to do the same. Only by first formally recognizing the genocide, we explained, could the U.N. begin taking any meaningful action to stop it.

In a briefing submitted to the U.N. Security Council at a meeting held late last week, the U.N. Secretary-General’s Special Representative and Head of the United Nations Assistance Mission for Iraq has now “condemn[ed] in the strongest possible terms the continued killings, kidnapping, rape and torture of Iraqis by ISIL, which may constitute crimes against humanity, war crimes and even genocide.”

Critically, he “call[ed] on the international community to take steps to ensure the accountability of members of ISIL for the atrocious crimes they have perpetrated.”

At the meeting, Iraq’s Representative to the U.N., Mohamed Ali Alhakim, also made the case for U.N. action. Importantly, he stated that he

[w]elcome[d] the fact that United States Secretary of State John Kerry has said that he considers ISIL’s actions in Iraq to be acts of genocide and crimes against humanity, particularly those against minorities such as Yazidis, Christians and Shiite Muslims.

In his report to the Security Council, the Secretary-General’s Special Representative surveyed just how grim the situation in Iraq has become: “More than 50 mass graves have been discovered so far in several areas of Iraq,” including three graves found just last month “in the football ground area of central Ramadi” where “the remains of as many as 40 people may have been discovered.”

He warned that “ISIL also continues to commit violations against women and children” of religious minorities, for example, by kidnapping Yazidi children for use as soldiers and Yazidi women and girls for use as sex slaves.

And importantly, he also called attention to “ISIL’s use of weaponized chemicals in its attacks on civilians and security force personnel”:

One of the most worrying such incidents was a rocket attack in Taza district, Kirkuk governorate, on 8 March, after which two young girls died from complications believed to stem from the attack, and a number of people were admitted to hospital. . . . I strongly condemn any attempt by ISIL to use chemical agents as weapons, the use of which is prohibited and considered a violation of international law.

The Secretary-General’s Special Representative went on to condemn the “[t]errorist attacks directly targeting civilians” that “continue to take place on a daily basis throughout the country, predominantly in Baghdad.” He described two recent attacks that killed 62 and wounded 134.

In his assessment, “[t]he humanitarian crisis in Iraq remains one of the world’s worst.” We agree. And that is precisely why we are calling for action at the U.N.

As we said in our letter:

The first step the United Nations must take in order to fulfill its responsibility to protect is to recognise the ongoing atrocities as genocide.  We strongly and respectfully urge you to make this declaration and to communicate with the interested and appropriate United Nations organs to this end. . . .

Once the United Nations recognises the genocide as such, then it may properly mobilise the international community to honour the terms of the Genocide Convention and fulfill its responsibility to protect.

We commend the Secretary-General’s office for answering the call by placing the issue before the U.N. Security Council. But we continue to urge the Secretary-General to formally label ISIS’s atrocities as genocide and fulfill his duties, under Article 99 of the U.N. Charter, by recommending action at the U.N. Security Council to address this grave threat to “maintenance of international peace and security.” We will also continue our push for action at the Security Council as well as at the U.N. Human Rights Council, which is set to convene in June.

We welcome the progress, but there is still much work to be done.

Stand with us as we speak up for our Christian brothers and sisters, and other religious minorities, being persecuted for their faith.  Sign our Petition today.