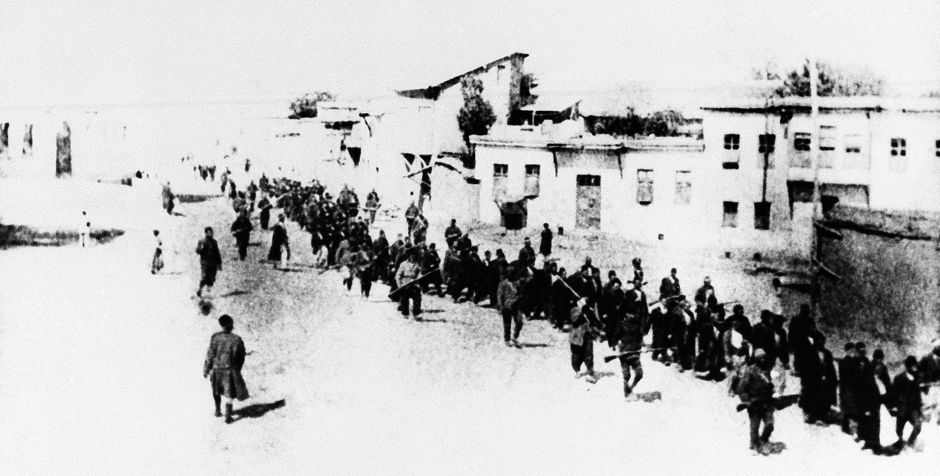 The Systematic Killing Of Christians Continues

With growing frequency we are seeing the persecution and mass murder of Christians in Africa and the Middle East by radical Muslims, in particular, ISIS and Boko Haram, who are aligned.

Unfortunately, the systematic killing of Christians by Muslims is not new. April 24, 2015, marks the 100th anniversary of the start of the Islamic Ottoman Empire’s genocide of about 1.5 million Armenian Christians.

In 301 A.D., Armenia declared itself a Christian nation, the first nation ever to do so. In the fifteenth century, however, it was absorbed into the Ottoman Empire. Armenians, who numbered around two million before the genocide, were treated as second-class citizens in the empire because they were Christians and were viewed as “infidels.”

In the early 1900s, the government, led by the “Young Turks,” decided to restore the crumbling and ethnically diverse empire by “Turkifying” it, that is, by creating a homogenized Islamic nation state. Non-Turks and, in particular, non-Muslims were considered a threat.

After the start of World War I, Ottoman Muslim leaders declared a jihad or holy war against all Christians who were not their allies. On April 24, 1915, the systematic extermination and deportation of Armenian Christians began.

The atrocities against the Armenian Christians included the forced marching of thousands of them into the Syrian Desert where they were left to die. “Killing squads” hunted Armenian Christians and murdered them by such means as drowning, burning, beheading, and crucifixion. Armenian women were raped and forced into harems. Armenian children were kidnapped, converted to Islam, and given to Turkish families. Armenian-owned property was seized, and Armenian churches were destroyed or turned into mosques. The Armenian population was unable to defend itself because, as a precursor, the Ottoman Turks had disarmed them.

When the genocide ended in about 1922, there were fewer than 400,000 Armenians left in the Ottoman Empire.

During this same time frame, the Ottoman Turks also committed genocide against Greek and Assyrian Christians, killing several hundred thousand of them. The genocide of approximately two million Armenian, Greek, and Assyrian Christians provided a template that Nazi Germany used about twenty years later when it began the methodical murder of close to six million Jews and millions of other people.

Some find it hard to believe that there are still people motivated by their faith to kill others who do not share their faith, viewing such barbarism as a thing of the past. Such views, however, are naïve and run contrary to history.