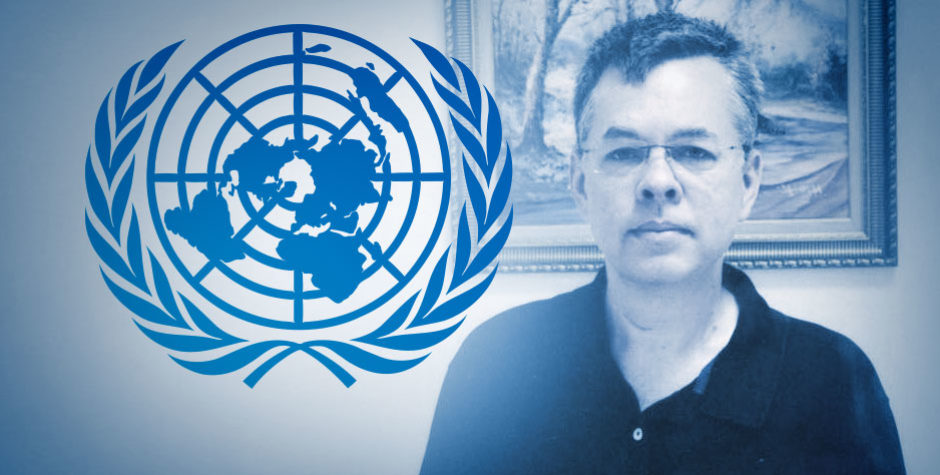 American Pastor Andrew Brunson is now facing what could amount to the rest of his life in a Turkish prison.

He has been charged with “Christianization.”

A 62-page indictment – a diatribe against Christianity and Israel – claims that the Christian pastor living out his Christian faith, including through “humanitarian aid, education, and training,” is terrorism. If convicted, he faces 35 years in a Turkish prison – essentially a life sentence for the 50-year-old American pastor.

His trial resumes October 12th. Time is of the essence.

Pastor Andrew peacefully served the people of Turkey as a Christian pastor – following the law without issue – for 23 years.

We cannot allow Turkey – our supposed NATO ally – to sentence a U.S. citizen to the rest of his life behind bars for being a Christian and living out his faith.

He has now been moved from his prison cell to his house in Turkey as his trial continues, but he must be allowed to come home to America. We're representing Pastor Andrew's family, aggressively working globally for his ultimate freedom.