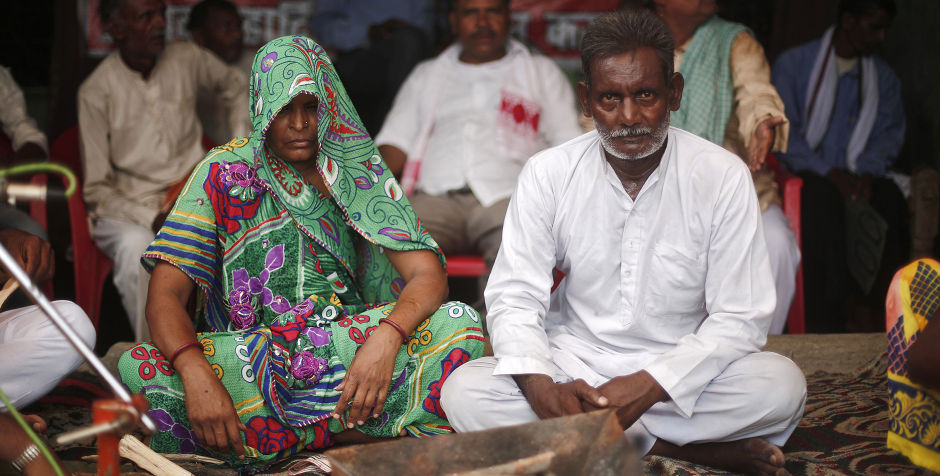 The Ploy to Criminalize Christianity

India is taking major steps to stifle, and even criminalize conversion to, Christianity.

Parliamentarians have announced plans to introduce a bill, ironically called “the Religious Freedom Bill,” which would reportedly “prohibit conversion from one religion to another by the use of force or allurement or by fraudulent means.”  In this context, force is defined as the threat of injury “including threat of divine displeasure.”

In other words, basic Christian doctrine, including the need for a Savior, heaven, and hell, would lead to direct violations of this proposed law.

With a population of 1.2 billion, India is the world’s second largest nation. In 2014, the U.S. State Department estimated approximately 80.5% of India’s population are Hindu and according to Indian government officials, this number is declining:

“For the first time, the population of Hindus has been reported to be less than 80 per cent. We have to take measures to arrest the decline,” said Upper House MP Tarun Vijay, a key proponent of the bill, in a recent interview. He continued, poignantly identifying the purpose of the anti-conversion legislation:  “It is very important to keep the Hindus in majority in the country.”

Some suggest that a national anti-conversion law would violate the Indian Constitution, and academically, they’re probably right.  Yet, in spite of the national Constitution’s religious freedom protections, the U.S. State Department reports that “[s]ix out of 29 state governments enforced existing ‘anti-conversion’ laws.” Some of these laws require would-be converts to obtain permission from local officials.  The State Department acknowledged that state-level anti-conversion laws limit religious freedom.

Christians constitute 2.3% of India’s population. That’s 27 million Christians.  Already, Christians and pastors “remain under intense pressure,” and many fear that with the passage of a national anti-conversion law, this pressure is sure to increase.

While the Hindu religion is generally viewed as peaceful and tolerant, stories of violence against religious minorities, and arrests, suggest otherwise.  For example, news reports have surfaced that a Christian pastor, his wife, and another church member were recently “beaten unconscious and left badly injured when Hindu extremists raided a prayer meeting last month” in the Indian state of Madhya Pradesh.

The same source also reported that “[a]t least 19 Christians in the state were arrested last month in three separate incidents where extremists attacked or threatened Christians.”

In its 2014 Religious Freedom Report, the U.S. State Department cited an Evangelical Fellowship of India’s statement that there were between 145 to 151 incidents of anti-Christian violence in 2013 nationwide.  According to the report,

there was “structural and institutional violence” against Christians in Rajasthan, Madhya Pradesh, Jharkhand, and Gujarat. According to EFI, local district councils and police in these areas were responsible for arresting Christians, denying them land rights, and harassing churches, often on the basis of nonexistent laws. Many incidents involved the seizure of land from tribal people who converted to Christianity.

In states with existing anti-conversion laws, the U.S. State Department noted that “[p]olice arrested Christians and Muslims for alleged ‘coerced conversion’ of Hindus.” The report specifically described five accounts where alleged violations of state-level anti-conversion laws led to arrests. Christians were the targets of several of these described incidents and you can be sure this list is not exhaustive.

Another recurring problem is the government’s failure to efficiently or effectively prosecute those who attacked religious minorities.

Even in India’s national Parliament, leaders manifest a festering hostility toward minority faiths – including Christians.

Lower House MP and senior legislator Yogi Adityanath, also a Hindu head priest, recently said that opponents of Hindu customs “should leave India or drown themselves in the ocean.” Statements like this “make minority communities suspicious about the intentions of this government,” cautioned one Christian organization.

While the anti-conversion law targets the forced conversions from the Hindu faith, reports of forced conversions to the Hindu faith have also surfaced.  Reportedly, India’s Parliament was recently “disrupted for days as opposition members protested against Hindu hardline groups for allegedly forcing religious minorities to convert to Hinduism.” Some of the “hardline” groups are close to the Prime Minister’s ruling BJP party.

Given the current hostility directed toward Christians in India, we can expect that passage of a national anti-conversion law will lead to a dramatic increase in the persecution of Christians. We must heed the warning of Christians on the ground in India, and oppose the national effort of Hindu extremists to prevent the spreading of the Christian faith.

As we continue fighting through our office in the region and across the globe to protect persecuted Christians, we urge India to protect and not prosecute Christians. We will also continue working to ensure that our own government implements foreign policies that would encourage nations like India to respect and not repress the fundamental human rights of their Christian populations.