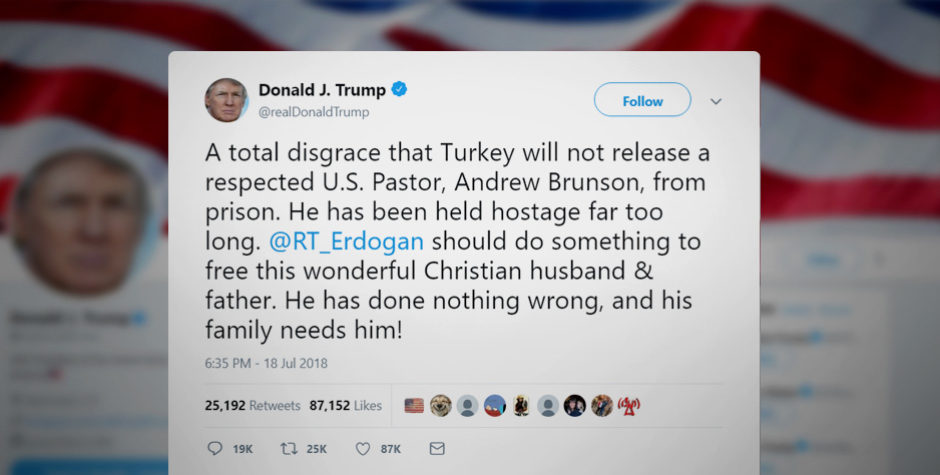 Turkey’s decision to ignore continued demands for the release of innocent American Pastor Andrew Brunson will not be tolerated.

Yesterday, after the third court date of this sham trial, Pastor Andrew was sent back to prison and the trial was again delayed another three months – until October 12th.

The highest levels of the U.S. government, all the way up to the White House, are fully engaged in response to the exploitation of Pastor Andrew, as our supposed “NATO ally” continues to hold him captive as a political pawn.

President Trump expressed outrage with Turkey and President Recep Erdoğan over the appalling mistreatment of an innocent American father and husband, rightly calling this travesty a “total disgrace.”

A total disgrace that Turkey will not release a respected U.S. Pastor, Andrew Brunson, from prison. He has been held hostage far too long. @RT_Erdogan should do something to free this wonderful Christian husband & father. He has done nothing wrong, and his family needs him!

The ACLJ senior legal team is in Washington D.C. right now to increase the pressure for Pastor Andrew’s immediate release.

We will not stop fighting until he is home safe.

Join over 580,000 others in demanding his freedom.