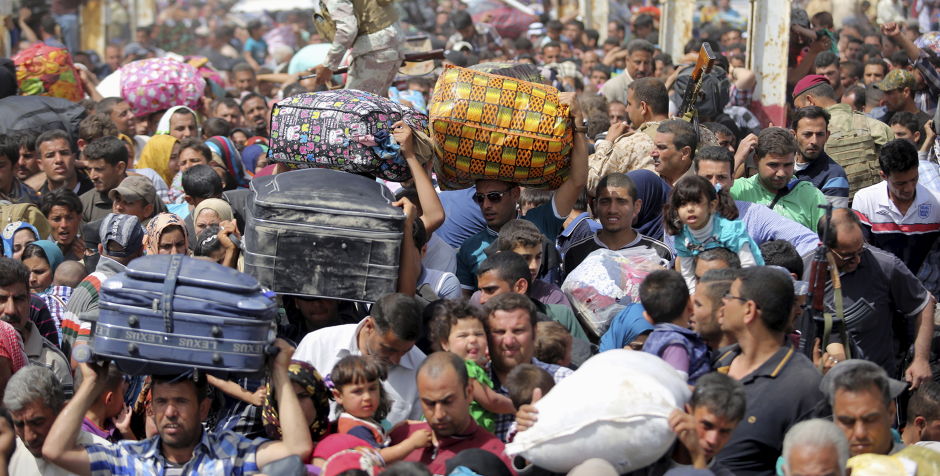 Persecuted Christians Urge Congress to Do More In Fight Against ISIS

We Must Do More In Fight Against ISIS

Last week Congress heard testimony from individuals in Iraq and Syria who have personally witnessed the extreme brutality of ISIS – the Islamic State. Those testifying included an Iraqi nun from Mosul displaced by ISIS, Sister Diana Momeka, and a Syrian Christian from Damascus, Hind Kabawat. Their message to Congress: Christians and religious minorities are experiencing unprecedented persecution which will continue without concerted efforts from the U.S. and other allied governments to combat ISIS.

ISIS’s campaign to cleanse Iraq and Syria of Christians and religious minorities and “wipe the earth clean of any evidence of their existence” has been widely successful in areas where its efforts are forcefully concentrated. As Hind Kabawat testified, “nowhere in Syria is safe” for religious minorities. Hundreds of thousands of Christians are finding themselves displaced and homeless; stripped of their humanity and dignity and left to deal with unimaginable trauma – enslavement, torture, rape, and the loss of loved ones.

Currently, the Iraqi and Kurdish governments bear the majority of responsibility for providing protection, shelter, food and medical care to the persecuted and displaced. The Kurdistan Regional Government is devoted to defending the innocent but lacks the necessary resources. The government’s army – a third of which consists of women fighters – lacks essential weaponry and basic equipment to adequately defend against ISIS. Additionally, humanitarian resources in the region have been exhausted as the Iraqi and Kurdish governments continue to welcome more innocent and persecuted persons fleeing from ISIS.

The relief proposed by those presenting testimony to Congress is two-fold and includes military support and humanitarian relief.  As one witness testified, aggressive combat of ISIS is necessary and “it is the responsibility of decent governments around the world to help make the burden of this battle bearable.” Chairman of the House Foreign Affairs Committee, Ed Royce, stated at the hearing that the options for US assistance range from additional material support (weapons and training) to friendly forces, all the way to creating “safe zones” or “no fly zones” and recognized that “[t]he physical security and welfare of those being targeted by ISIS is an immediate priority.”

Kabawat testified that “[c]reating safe havens where Syrians fleeing ISIS-controlled and contested cities can seek refuge inside the country is of utmost importance as a way to manage the conflict in the short term.”

Another category of relief identified as an immediate need by those testifying, but one that is often overlooked, is trauma support. As Kabawat testified, “the men, women and children of my country have been traumatized by the attacks they have experienced and the immense losses they have sustained. If we wait until the war is over to begin addressing such widespread and systematic trauma, we will have lost an entire generation of Syrians who are now growing up amidst horror and war . . .”

Chairman Royce agreed that “we need to focus more on their psychological well-being.”

ISIS’s focused efforts of ethnic and religious cleansing are the worst ever seen by Christians in Iraq and Syria. For those of us sheltered from the horrors overseas, it is sometimes hard to imagine, much less relate to, the extent of the trauma experienced by the persecuted Church overseas. But as Chairman Royce urged in his opening statements in the hearing, “we can’t lose sight of the fact that people are being kidnapped, tortured and killed each and every day.”

More importantly, we must not remain silent. As Dr. Martin Luther King, Jr. said, “A time comes when silence is betrayal,” and that time is now.

While it is unclear what action will be taken by Congress to heed the pleas of the persecuted in Iraq and Syria, the hearing this week serves as an important step. We at the ACLJ are mobilizing our international offices to protect the persecuted Church.

Not long ago,  ACLJ Chief Counsel Jay Sekulow testified before a Senate committee about the critical plight facing persecuted Christians.  We will continue working in Congress to ensure that the persecuted are not forgotten and abandoned.

If you haven’t already, add you name to our petition to Congress, and be their voice.