American Pastor Saeed Abedini’s wife Naghmeh and their two young children, Rebekka and Jacob, are making an impassioned plea to meet directly with the President of Iran when he comes to New York later this month.

It has been over three years since Naghmeh has seen her husband, Pastor Saeed.  After three years of missed birthdays, anniversaries, holidays, and milestones in their children’s lives, Naghmeh has a new unique opportunity to fight for the release of her husband, who remains wrongfully imprisoned in Iran for his Christian faith.

The 70th session of the United Nations General Assembly is scheduled to open later this month, and the Iranian President and other top Iranian officials will be traveling to New York for the occasion.  That’s right Iran’s President will be on U.S. soil – where Pastor Saeed belongs.

Naghmeh recently sent a letter to the Iranian Ambassador to the United Nations requesting a meeting with Iranian President Rouhani, Foreign Minister Zarif, and the Ambassador himself.

In the letter, Naghmeh writes:

My husband has great love and respect for Iran, and this why, during the three years before his imprisonment, our family has committed to opening an orphanage for young street children. When Saeed returned to Iran in 2012, as he had done so many times, it was to put in place the final board member, a devoted Shia Muslim from Qom. Though we have lived in the United States with our children since 2005, we have been committed to serving some of Iran’s most needy.

Yet, for the last three years, our family has greatly suffered in the absence of my husband and my children’s father.  Saeed is currently being held in Rajaei Shahr prison in Gohardasht. Saeed is not a criminal.  Saeed is not a threat to Iran or the stability of its government.  Saeed is a husband and a father.  Saeed is suffering from internal injuries incurred during his time in prison that Iranian doctors have indicated need surgery and hospitalization, but which he has not yet received.

The purpose of the United Nations General Assembly is to facilitate discussion and decision-making that advances peace and security around the world.  Yet, my husband remains in prison for nothing more than the peaceful exercise of his faith.  Therefore, it is with the same spirit of diplomacy and decency that governs the annual session of the UN General Assembly that I respectfully request a meeting for myself and my legal counsel with President Rouhani, Foreign Minister Zarif, and yourself to discuss Saeed’s situation.  I will make myself available at your convenience.

Also included in the letter to the Iranian Ambassador are these hand drawn letters from Pastor Saeed’s children. 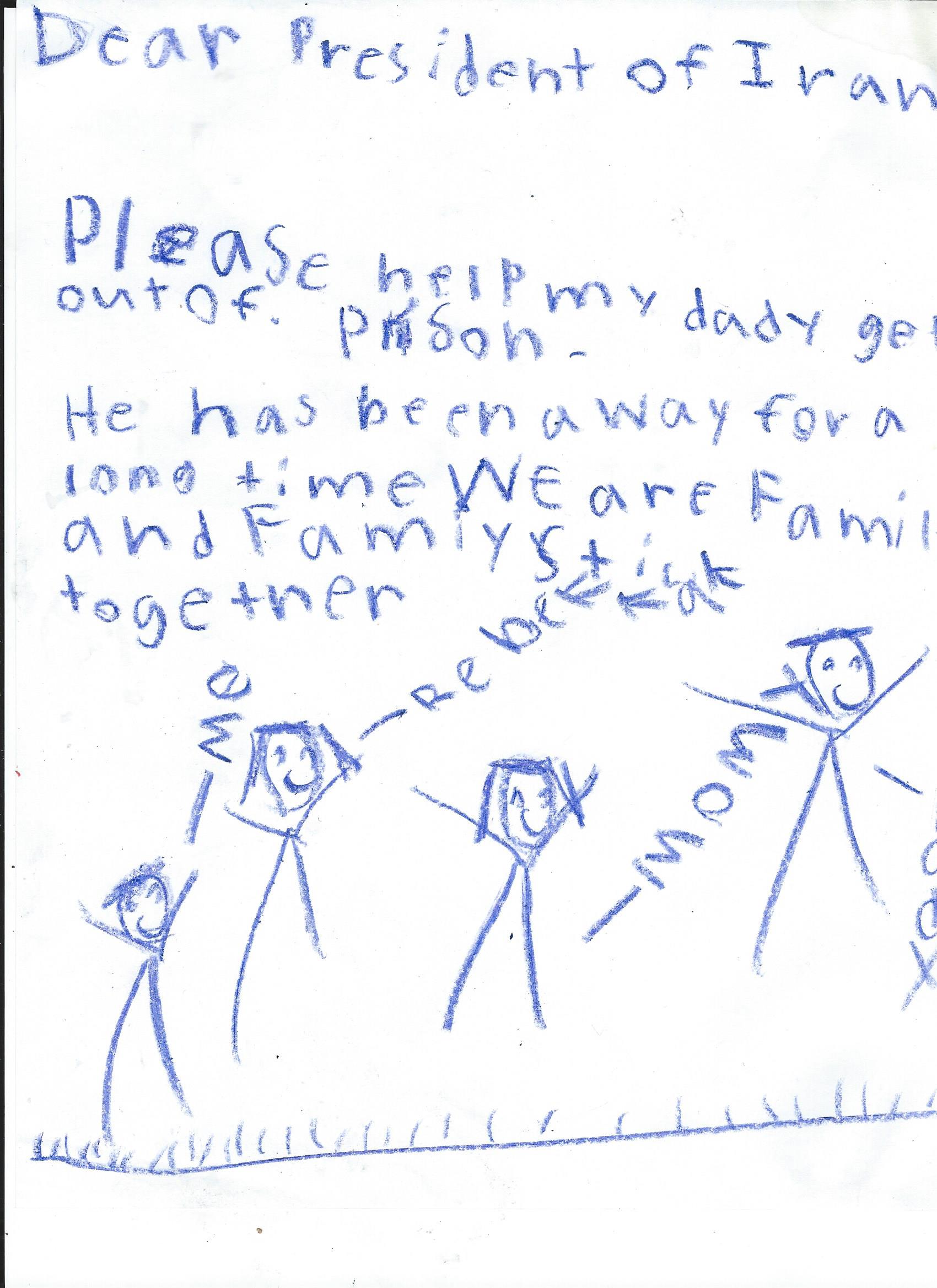 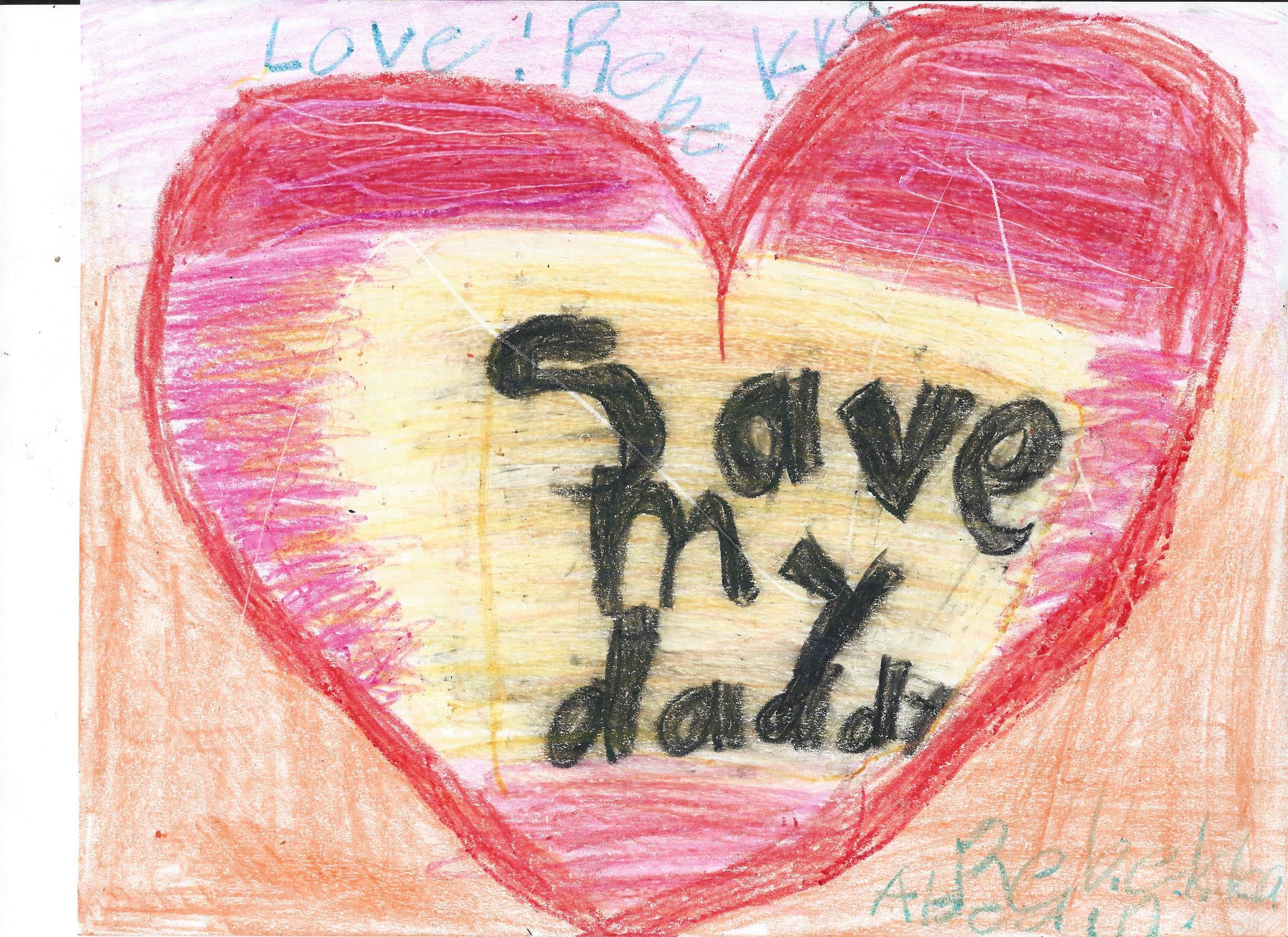 This American family is torn apart. Pastor Saeed was trying to help the neediest Iranians, and instead, he sits tormented in one of the world’s most dangerous prisons.

Iran wants to be a part of the international community, and they claim that they are entering a new era. Here’s their chance to prove it.

We will continue working for Naghmeh, Rebekka, and Jacob to bring their husband and father – Pastor Saeed – home.  We join them in urging Iran to meet with Naghmeh when the Iranian delegation is on American soil at the U.N. General Assembly.

We are also urging U.N. Secretary General Ban Ki-moon to meet with Naghmeh and Iran’s president to put international pressure on Iran to honor its numerous human rights obligations and free Pastor Saeed.

Join our massive letter-writing campaign at the U.N. by writing a letter (or signing ours) at BeHeardProject.com.  It’s simple; we have a form you can fill out to write a letter for Pastor Saeed and we’ll send it.

Your voice is a critical part of our ongoing multipronged international campaign for Pastor Saeed’s freedom.  Be heard today.