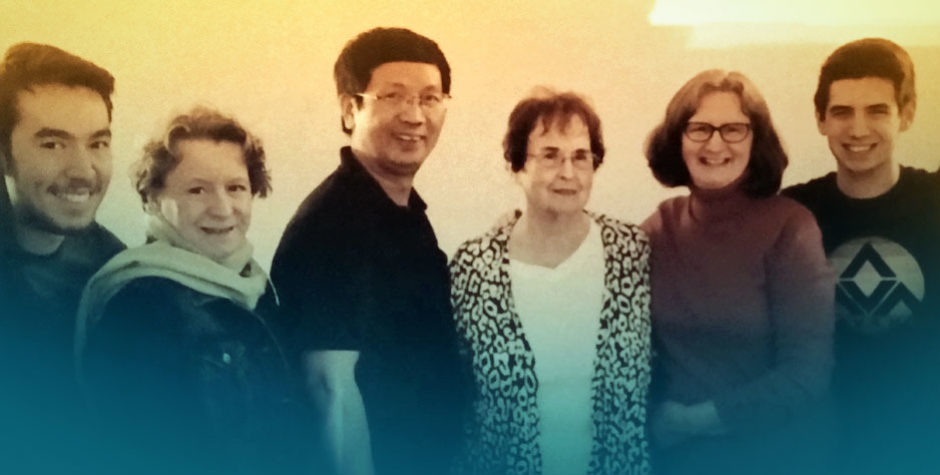 Pastor John Cao (/tsaw/) – a U.S. permanent resident from Greensboro, North Carolina – has been wrongfully imprisoned in China for almost two years, and the court just postponed his appeal hearing for a fourth time – further violating Pastor Cao’s right to due process, a fair trial, and equal treatment under the law.

Last March, Pastor Cao was wrongfully convicted and sentenced to 7-years imprisonment by the trial court without any evidence to substantiate the ridiculous charge against him. A charge which was related to his humanitarian and missionary work for the indigenous Wa people of Northern Burma (Myanmar).

The northern region of Burma is a severely impoverished area inhabited by the Wa people. In fact, reports indicate that only 1% of the Wa people “can read or write in their own language.” On his first trip visiting the Wa in 2013, Pastor Cao was shocked by the poverty, drug trafficking and isolation, so he began his work for the Wa people by providing humanitarian aid. In addition to supplying basic everyday needs, Pastor Cao established schools to serve children in the area to give them a chance at obtaining an education and bettering their lives. As we informed you before, remarkably, in just three years, he and other volunteers established 16 schools in the Wa area, which served over 2,000 students.

To achieve such an accomplishment, Pastor Cao regularly traveled between China and Burma, crossing a narrow river, roughly 30 feet in width, which divides the two countries. In those three years, Pastor Cao never at any time experienced problems with either government. On March 5, 2017, however, Pastor Cao, along with a Chinese Christian teacher, were taken into custody as they stepped off of a ferry on a return trip from Burma.

Approximately 12 people arrived on 3-4 separate ferries at the same time as Pastor Cao, however, only Pastor Cao and the teacher (the only 2 Christians) were singled out for arrest. While the other ferry customers received minor administrative fines for using the ferries, Pastor Cao and the teacher were the only ones detained, arrested, and charged with illegal border crossing. However, shortly after his arrest, Pastor Cao’s charge was changed to organizing illegal border crossings – a ridiculous charge normally used to convict human traffickers.

A year after his arrest and continued detention, Pastor Cao was sentenced to seven years in prison, despite a lack of evidence to support the charge against him. In fact, the prosecutor only submitted written witness testimonies, therefore Pastor Cao had no opportunity to cross examine the alleged witnesses, or to provide rebuttal evidence. Pastor Cao immediately appealed his unfair and unjust trial and conviction to the Pu’er Intermediate Court. According to Chinese Criminal Procedural Laws, the appellate process shall be no longer than 2 months. However, it’s been almost a year since his appeal, and Pastor Cao has yet to see his day in court. Instead, the court has unjustifiably and repeatedly delayed Pastor Cao’s appeal by illegally extending the appellate period four times, for a total of nine months.

For almost 2 years, Pastor Cao has been in a 26 x 10 ft prison cell, with a dozen other prisoners who must all share the same 26 ft. slab as a bed – his section is only 1.6 feet wide. He has lost over 50 pounds and is experiencing significant health issues, including severe back pain, headaches, and inflammation that makes it difficult for him to eat. To date, he has not been allowed proper medical treatment. As it is winter, he is not able to see the sun from his cell, and is only allowed to an area the sun reaches once a month and only for about 20 minutes.

In addition to his deteriorating health, Pastor Cao is not allowed visitation from anyone but his attorneys. This prohibition includes his wife, sons, and mother. Any letters to him are screened and reviewed by multiple authorities, and by the time he receives the ones that are allowed through, the letters are four months old.

Sadly, since Pastor Cao’s arrest, the Burma government has begun to destroy the schools that he helped establish, eliminating the only chance that many of the Wa people had to gain an education and improve their lives.

Pastor Cao should not be punished for his humanitarian and missionary work. We are representing Pastor Cao’s family – working alongside the highest levels of government, actively and aggressively urging the Chinese government to release Pastor John and allow him to come home to America where he can enjoy his retirement in the presence and comfort of his family.

Join with the over 110,000 supporters who have signed our urgent petition demanding Pastor Cao’s freedom. Your voice can make a huge difference as we advocate for his freedom.