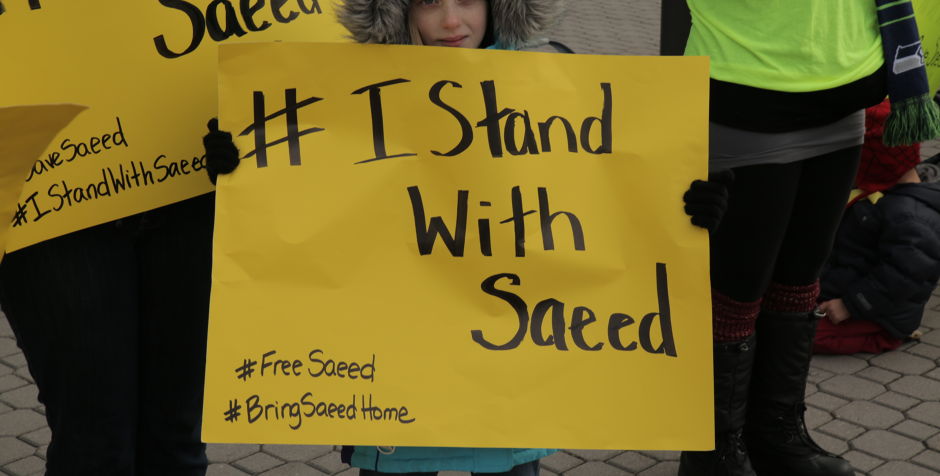 No Deal with Iran Unless Pastor Saeed is Freed

No Deal with Iran Unless Saeed is Freed

No Deal with Iran Unless Pastor Saeed is Freed

American Pastor Saeed is facing renewed torment and hostility in an Iranian prison.

Each day Iranian guards demand he recant his Christian faith and become Muslim. He is threatened with an extended sentence.

Now the United States is entering renewed negotiations with Iran.

There is already a framework for a nuclear agreement, but Pastor Saeed is still not home and the situation is getting worse.

The Obama Administration must demand the immediate release of Pastor Saeed and the other Americans held captive.

There can be no deal unless Pastor Saeed is released and allowed to return to his family in America.

Time is of the essence.

Take action with us as we fight for his freedom. Add your name now:

No Deal Without Pastor Saeed Home

To the Obama Administration and Congress:

As the U.S. sits across the table from Iran, Pastor Saeed sits in a deadly prison. Demand Iran release this wrongfully imprisoned U.S. citizen before any deal is reached.

We're taking direct action for Pastor Saeed and the persecuted Church. Join us with your tax-deductible gift today.