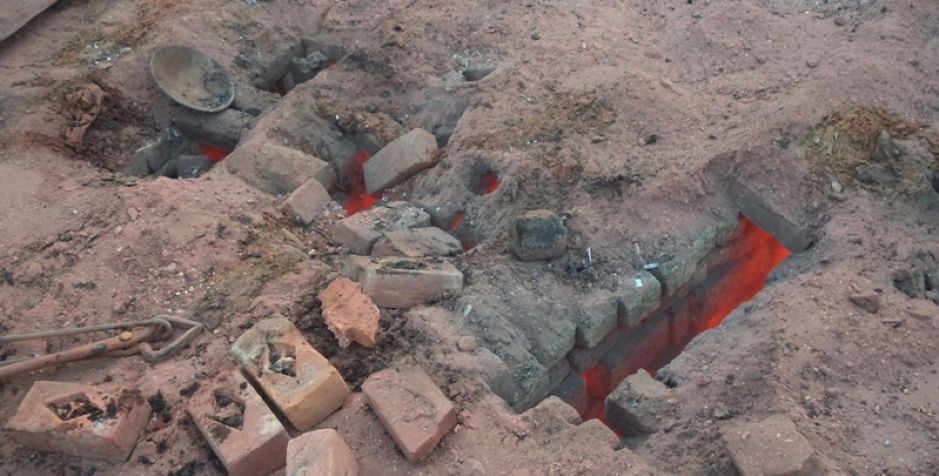 Yesterday, November 4, a Muslim mob in Pakistan burned to death a young Christian couple, including a pregnant mother of four children. Their alleged crime? Blasphemy.

At the ACLJ we’re still learning the details, but here’s the on-the-ground report from our European Centre for Law and Justice affiliate in Pakistan:

Shahzad, his wife, Shama, and parents had been working and living at the brick kiln of Yousaf Gujjar for the last thirteen years. On November 3, 2014, while cleaning the house, Shama found some papers that belonged to her father-in-law who had died a week prior to this incident. She gathered all those papers; some of the papers were printed in Arabic. Shama was illiterate and did not know whether those papers were from the Qur’an. She burnt all of them together (a common way of disposing of papers).

Her Muslim neighbors, Shakoor and Inayat saw her burning the papers. They informed Khawar Yousaf, son of Yousaf Gujjar (owner of the brick kiln) that Shama burnt the Qur’an. Khawar called Shama and Shahzad to his office, locked them inside and beat them.

One of the brick kiln laborers told our legal team that a fruit vendor named Muhammad Ramzan used to come to the brick kiln. On November 3, 2014, he passed by the garbage corner where he also saw some partially burnt pages that had Arabic written on them. He found out that a Christian couple had burnt the Qur’an and they were in the custody of the brick kiln owner.

Outraged, Ramazan went to his village’s mosque and told the cleric Maulvi Muhammad Hussain that the Qur’an had been desecrated. Muhammad Hussain sent out a message to the adjacent villages’ mosques and also made an announcement at his own mosque. All told, about six to seven villages were informed that a Christian couple had burned the Qur’an.

On November 4, 2014 at about 6:30 a.m., an enraged mob of about four thousand Muslims attacked at the brick kiln. They attacked the office where the couple was detained. The mob beat the couple with clubs. Soon the couple fell unconscious; the mob took them on top of the brick kiln and lay them down on the openings from where coal is thrown to increase the fire. The Muslims also put an iron sheet on them which was about 7 feet long and 3 feet wide to press them in order to keep them from moving.

While the couple was being burnt, the Muslims were chanting slogans of Allah-o-Akbar (Allah is great). They remained there until the couple was completely burnt. During the visit at the brick kiln, our legal team learned from a police officials that the police received the information and arrived at the site but due to the huge number of people they could not intervene. However, the police registered the crime report and about 50 people have been arrested so far.

The Christian eyewitnesses told that the Muslims also burnt the Bible and threatened the Christians that they would burn the Christian houses and church in the village. They also said that Khawar Yousaf had demanded 150,000 Pakistani rupees (roughly $1471) from the couple to let them escape from the village. But the poor couple was unable to pay.

During our meeting with the family of Shahzad, the family informed our team that Shama was in the second trimester of her pregnancy.

At the ACLJ, we’ll continue to monitor developments. Pakistan is one of the top recipients of American foreign aid.