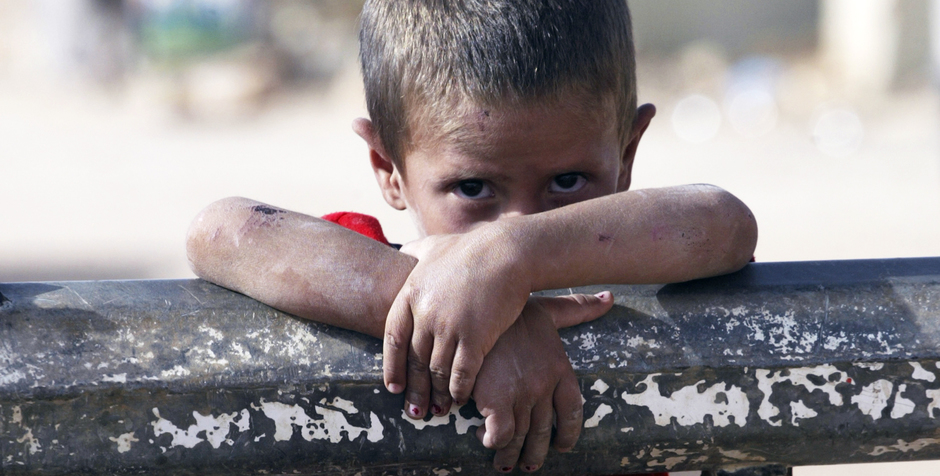 Fighting against ISIS Genocide with USCIRF and the UN

The world has watched in horror this year as ISIS – the Islamic State – has systematically wiped out Christians and other religious minorities across Iraq and Syria.  They have committed unspeakable atrocities, and their actions have clearly risen to the level of genocide. The latest reports out of Iraq and Syria show ISIS fighters executing dozens of captives by dipping them in nitric acid and children of ISIS sex slaves being treated like livestock.

The United States Commission on International Religious Freedom (USCIRF) has now joined our call for recognizing ISIS as perpetrators of genocide against Christians and other religious minorities, detailing the breadth of ISIS’ evil in the USCIRF 2016 Annual Report:

ISIL’s summary executions, rape, sexual enslavement, abduction of children, destruction of houses of worship, and forced conversions all are part of what our commission has seen as a genocidal effort to erase their presence from these countries. In March of this year, U.S. Secretary of State John Kerry rightly proclaimed ISIL a perpetrator of genocide, which USCIRF had recommended publicly in December.

Iraq’s religious freedom climate continued to deteriorate in 2015, especially in areas under the control of the Islamic State of Iraq and the Levant (ISIL). ISIL targets anyone who does not espouse its extremist Islamist ideology, but minority religious and ethnic communities, including the Christian, Yazidi, Shi’a, Turkmen, and Shabak communities, are especially vulnerable. In 2015, USCIRF concluded that ISIL was committing genocide against these groups, and crimes against humanity against these and other groups.

In response to their findings, the Commission made recommendations to the U.S. government on how to best confront ISIS, including:

The more we find out about the historic atrocities committed by ISIS, the more pressing it is for the international community to take action to end their evil reign.

Our European affiliate, the European Centre for Law & Justice, recently sent a new international legal letter to the 47 Member States of the United Nations Human Rights Council discussing the international community's legal obligations to act to stop this genocide.

Our letter emphasizes the Human Rights Council's duty to recognize that the atrocities committed by ISIS as "genocide" under international law.  It details the international legal definition of genocide under the 1948 Genocide Convention and recounts many of the heartbreaking facts about the persecution of our brothers and sisters in Christ in Iraq and Syria.  We close with our call to action of the U.N. body:

According to the Genocide Convention, "[t]he Contracting Parties confirm that genocide ... is a crime under international law which they undertake to prevent and punish". The Convention makes clear that "the competent organs of the United Nations" have a responsibility "to take such action under the Charter of the United Nations as they consider appropriate for the prevention and suppression of acts of genocide". According to the Office of the Special Adviser on the Prevention of Genocide, "[t]he duty to prevent and halt genocide and mass atrocities lies first and foremost with the State, but the international community has a role".

The Thirty-Second Session provides an opportunity for this critical organ of the United Nations to squarely address the ongoing humanitarian crisis posed by ISIS. This Council should identify the subject atrocities as genocide at this Session. We respectfully request that this Council declare that the "Islamic State" and its followers are committing acts of genocide against religious and ethnic minorities and to then act accordingly.

The action we request - a declaration of genocide by this Council and by the United Nations - rests on solid ground and precedent.

ISIS continues its reign of terror around the world. Christian communities in the Middle East are nearing extinction. We must act before it’s too late.