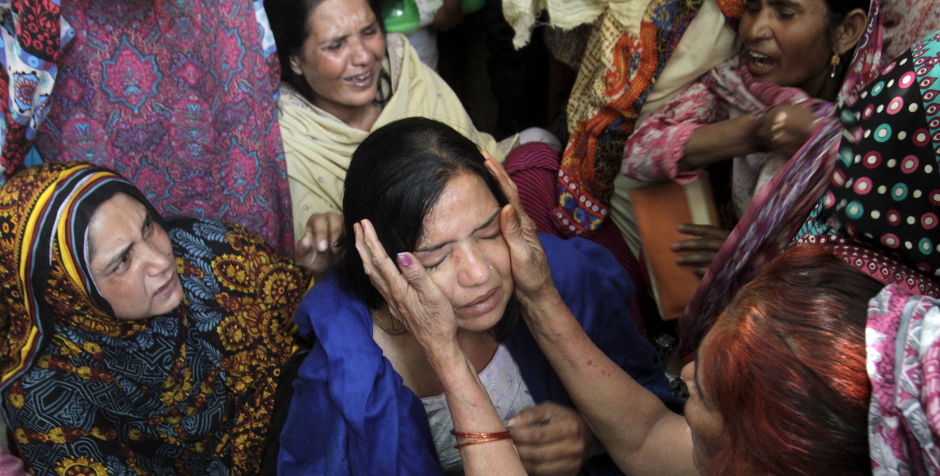 Jihadist terrorists, once affiliated with ISIS (the Islamic State), carried out a mass casualty Easter massacre, targeting Christians for deadly bombings.  Other reports indicated that ISIS may have crucified a Catholic priest on Good Friday after threatening to carry out the sadistic murder of this Christian minister.

As our families were celebrating Easter and praying for our persecuted brothers and sisters in Christ around the world, radical Islamic jihadists struck in Lahore, Pakistan – the city where we have an office defending persecuted Christians.

At least 72 people—including 17 children—were killed and hundreds more injured in an apparent suicide bombing at a Pakistani park that an Islamic militant group said was aimed at Christians celebrating Easter. . . .

Police said Sunday’s blast was near a play area for children. Local television footage showed distraught parents running with injured children and ambulances ferrying the wounded to hospitals. An unnamed eyewitness on Pakistan’s Geo News channel said, “There was a sudden explosion. It was so loud that I felt a piercing pain in my ears.” …

Ehsanullah Ehsan, a spokesman for the Pakistani Taliban’s Jamaat-ul-Ahrar, or freedom fighters group, called reporters and said his group had “carried out this blessed operation” that “targeted the Christian festival of Easter.”

It’s the clearest evidence yet that jihadist armies are intentionally targeting Christians for extinction.  On this holiest of days, these terrorists targeted innocent women and children celebrating in a public park, because they were Christians.

Jamaat-ul-Ahrar is what can be described as a group of jihadi mercenaries, having splintered from the Pakistani Taliban and reportedly allied itself off-and-on with al Qaeda, ISIS, and other radical Islamic terrorist armies.

It only exacerbates the already sickening plight of persecuted Christians and further fails to provide any real solutions to the genocidal terror.

Sadly, the targeting of Christians in Pakistan was not an isolated incident.

Earlier this month in Yemen, ISIS militants raided a Catholic home for the elderly established by Mother Teresa, murdering four nuns and kidnapping a Catholic priest.  ISIS then threatened to crucify him on Good Friday.

There are reports that ISIS carried out this sadistic murder on Good Friday, though other reports leave hope that this minister may still be alive.

One thing is clear: ISIS and other jihadist armies are specifically targeting Christians.  They are waging genocide.

Jihadists have crucified, beheaded, executed, raped, and enslaved Christians and other innocent people that refuse to bow to their evil.  They have done it before. And they will continue to do it, every single day in the Middle East and increasingly in western cities like Paris, Brussels, and San Bernardino.

The question is not if they will strike again, but when and where.

We must commit to destroying ISIS and other radical jihadists once and for all.  We must continue to fight across the globe to defend persecuted Christians from extermination.