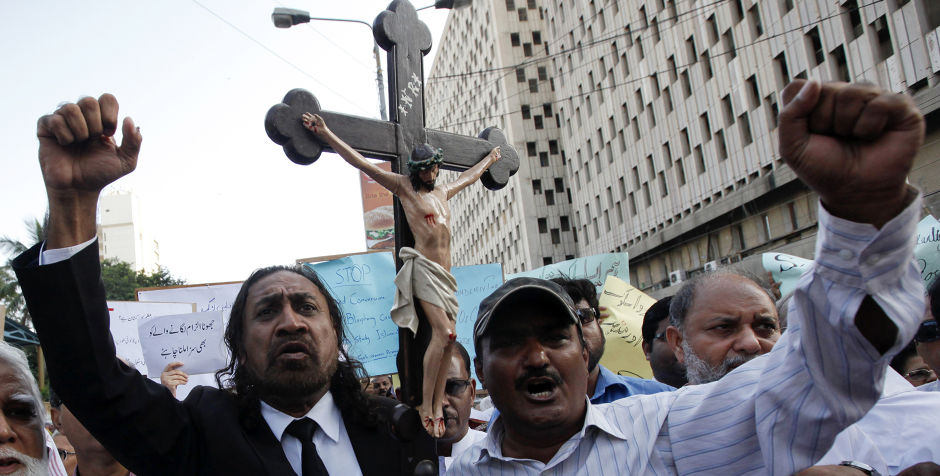 Earlier this week we reported some truly horrifying news from Pakistan.

A Christian couple was literally burned alive by an angry Islamist mob.  In what amounted to a mob lynching over blasphemy accusations, the couple (including a pregnant mother) was murdered for their faith.

As gruesome and appalling as this situation is, international media has reported, and our affiliated office in Pakistan has confirmed, that between 40 and 50 members of this murderous jihadist mob have been arrested by police.

As the Wall Street Journal correctly noted, the arrests only took place only because of the immense international outrage that ensued.

There are reports that the owner of the kiln in which they were burned was among those arrested and that they could appear in court as early as this week.

Yet despite the international outrage the reaction in Pakistan has been lackluster at best.  Pakistan’s Prime Minister, Nawaz Sharif, merely stated that this was “an unacceptable crime.”

Theft is an unacceptable crime.  This was an act of evil barbarism – a crime against humanity.

But in Pakistan, it’s “blasphemy” that’s the crime.  All it takes is one false accusation against a Christian, and it happens every day.  Christian mother of five Asia Bibi sits on death row, convicted and sentenced under Pakistan’s Shariah blasphemy law.

But in most cases, as we have previously detailed, Christians are murdered long before they are sentenced to hang under the blasphemy law.

Whether it is this heinous law or mob executions, Pakistan is brutally persecuting Christians at an alarming rate.

Yet the fact that arrests were made is a reminder to the power that we have to speak out as Christians for our persecuted brothers and sisters around the world.

We’re continuing to work with our team on the ground and will press for justice, both to fight for persecuted Christians in Pakistan and to see radical Islamic vigilantes vigorously prosecuted so that this never happens again.