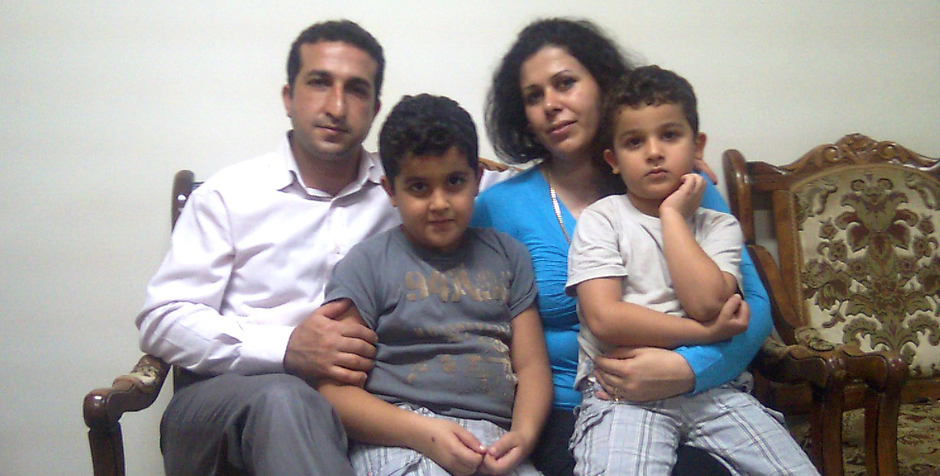 As we first reported last weekend, Christian Pastor Youcef Nadarkhani was rearrested by Iranian authorities on Friday.  This marked the second time he has been rearrested in Iran after being acquitted and released from a death sentence for his Christian faith in 2012.

This time he was arrested along with his wife and at least three church members.  Thankfully, he and his wife were thereafter released.  However, three of Pastor Youcef’s church members remain in Iranian custody.

It is unclear at this point what their charges are.  All this week we have been actively working to verify the situation on the ground and inquire about Pastor Youcef’s fellow church members.

Pastor Youcef’s rearrest once again underscores the dire plight of Christians in Iran.  Even when free, they are on constant alert with the possibility of being arrested, imprisoned, or even worse – executed – at any moment.

Pastor Youcef was originally sentenced to “execution by hanging” because of his Christian faith.  He suffered for three years on death row, enduring brutal imprisonment.  After a large legal advocacy campaign spearheaded by the ACLJ and other concerned groups, Pastor Youcef was eventually freed in September of 2012.  However he was rearrested on Christmas Day 2012 and later released in early January 2013.

The latest rearrest last week raises new concerns about the safety of him and his family.  We remain very concerned about the plight of his three fellow church members.

No one, of any faith, should fear imprisonment simply because of their faith, and we remain committed to fighting for Pastor Youcef’s church members and other persecuted Christians in Iran.

The release of American Pastor Saeed Abedini from an Iranian prison earlier this year, after a more than three-year legal advocacy campaign, underscores both the power of prayer and the voices of millions of people across the globe crying out with one voice for freedom.

You can continue speaking out at BeHeardProject.com as we continue working to defend persecuted Christians in Iran and across the globe.