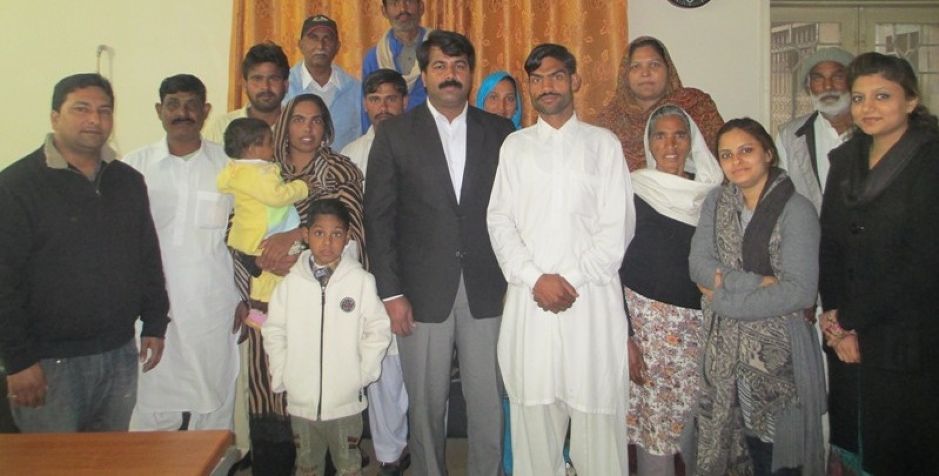 The ECLJ is pleased to inform you that our affiliate in Pakistan, the Organization for Legal Aid (OLA), has successfully obtained the acquittal of Imtiaz Masih, a Christian who was falsely accused of killing his Muslim employer’s brother in Sheikhupura, Pakistan.

The situation involved three brothers: Muhammad Anwar, Muhammad Aslam, and Muhammad Sarwar. Masih worked for Sarwar as a caretaker of his cattle and farmland. On November 9, 2010, Anwar was shot and killed outside his house. Anwar’s brother, Aslam, initially filed a police report alleging that he witnessed three Muslim landlords and two other individuals shoot his brother, Anwar, over a land dispute. About a month and a half later, on December 27, 2010, however, Aslam changed his statement and alleged that Masih had told a neighbor that he (Masih) had killed Anwar.

The same day, Aslam and Sarwar abducted Masih and took him to their farmhouse. The brothers tortured Masih and forced him to confess to the crime before the police. After implicating Masih in the killing, Aslam fraudulently induced Masih’s father to give the family’s land to Aslam.

False accusations of crimes are all too common in Pakistan. Usually, people falsely accuse others to settle personal scores or simply to implicate an easy target to divert attention from the real culprit. Because Pakistani Christians are generally poor and uneducated and do not have means to fight with wealthy Muslims, they become easy targets of persecution. Widespread corruption in the criminal justice system, especially in the police department, facilitates such false accusations.

Interestingly, in this case, a few months later, Anwar’s widow filed a separate charge against her brothers-in-law, Sarwar and Aslam, claiming that they had killed her husband to grab his property, only to later withdraw the case. Sarwar and Aslam, however,  continued to pursue the case against Masih.

After conducting its initial investigation, the OLA applied for Masih’s bail, which was granted, and Masih was released on bail in March 2011.

After four years of legal battles, the court finally acquitted Masih on February 7, 2015, holding that, due to conflicting statements of the prosecution witnesses, they could not be trusted, and therefore, the prosecution failed to prove its case beyond reasonable doubt.

Masih’s family visited the OLA office to show their appreciation and thank the staff for their hard work and supporting the family in this difficult time.

*This article is written by Shaheryar Gill who serves as Associate Counsel with the ECLJ and oversees ECLJ’s work in Pakistan.