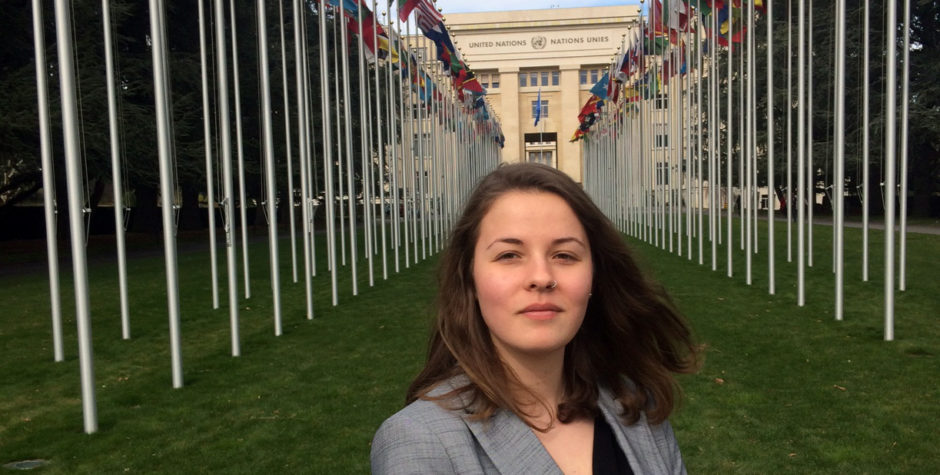 American Pastor Andrew Brunson has been unjustly imprisoned in Turkey for nearly a year and a half, despite having committed no crime and having peacefully lived out his religious beliefs in service to the people of Turkey for over two decades. During his imprisonment, we have been zealously advocating for Pastor Andrew’s release. Last month, we submitted a written statement to the U.N. Human Rights Council, requesting their assistance in securing Pastor Andrew’s release.

Today we brought his case before the same Council in Geneva and spoke directly to the Turkish representative there as well. Pastor Andrew’s daughter Jacqueline addressed the Council on his behalf:

Thank you, Mr. President. I am here today on behalf of the ECLJ, who is representing my father, Pastor Andrew Brunson, the innocent United States citizen who has been wrongfully imprisoned in Turkey now for almost a year and a half and yet, he has still not been formally charged with any crime. Having grown up in Turkey, it has been hard for me to understand the situation. My family loves and respects the Turkish people, and my father has been dedicated to serving them for over 2 decades.

I know the allegations against my father are absurd. He is not an armed terrorist trying to overthrow any government, my father is a peaceful pastor. My family has suffered greatly during the past year and a half, which has been filled with tears, and countless unanswered questions.

I visited my father last August, we sobbed the entire visit. It was hard to see him so broken, so thin, so desperate. He wrote a note last week which said, “Let it be clear, I am in prison not for anything I have done wrong, but because of who I am – a Christian pastor. I desperately miss my wife and children. Yet, I believe this to be true, it is an honor to suffer for Jesus Christ, as many have before me. My deepest thanks to all those around the world who are standing with and praying for me.”

Turkey should not get away with holding my father one more day. Please, make any and all efforts to secure my father’s release and safe return to the United States. He’s been falsely imprisoned for far too long. Thank you.

President Erdoğan, by demanding a swap of Pastor Andrew for an Islamic imam, Fethullah Gülen, has indicated that Pastor Andrew is a political prisoner and bargaining chip for Turkey: “You have another pastor in your hands. Give us that pastor and we will do what we can in the judiciary to give you this one.” Turkey should indeed be held accountable for its wrongful imprisonment of Pastor Andrew, especially because it appears that Pastor Andrew is being held prisoner because of his faith.

It is high past time that Pastor Andrew was released, and we will continue to aggressively fight on his behalf until he is safely returned home to the United States and his family. Join with us. Speak out on behalf of Pastor Andrew. Help us bring him home.