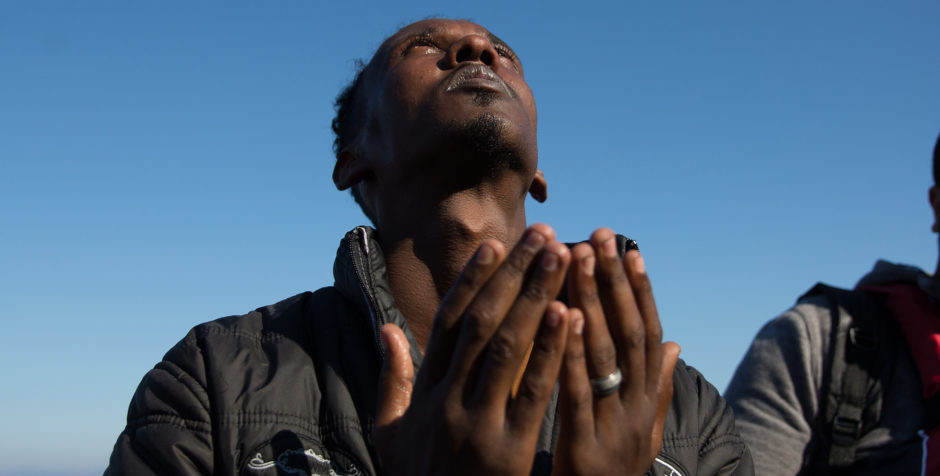 A week ago, the radical Islamist, al-Qaeda affiliated, Somali-based al-Shabaab terrorist group is believed to have struck again in their deadliest attack to date.

A truck laden with explosives detonated in a busy Mogadishu intersection near the Safari Hotel and a host of government offices, restaurants, and shops. The ensuing blast produced a death toll of at least 320 with over 400 more injured, and dozens more missing. Many of the bodies were burned beyond recognition.

The Voice of America reported that the “newly Turkish-built military base in Mogadishu was the original target of Saturday’s deadly truck bomb,” but the driver of the truck panicked when it was stopped at a checkpoint. When asked to pull over to the side of the road, the driver instead sped through and collided with a few vehicles before it detonated in the busy intersection. The targeted new base was built to help strengthen the Somali military against repugnant attackers like al-Shabaab.

According to one Somali intelligence official, “the Somali National Intelligence and Security Agency had prior information that al-Shabaab was planning to attack the Turkish military base.” Abdi Hassan Hussein, a former Somali intelligence officer, stated: "Whether they claim or not claim makes no difference. We know the act that has happened, it’s al-Shabaab. The information we are getting so far shows this is the work of al-Shabaab. It has their hallmarks." And, The Washington Post reported: “analysts say no other group in Somalia has the capability to carry out such a sophisticated strike.” In addition, investigators established that the vehicles used in the Mogadishu bombing came from Bariire, an al-Shabaab stronghold, and that “Somali intelligence has identified the driver of the truck who carried out the attack and is known to be an al-Shabaab member.”

We recently wrote about al-Shabaab’s ruthless resurgence in neighboring Kenya as revenge for Kenya’s counter-terror operations in Somalia. We’ve detailed these atrocities for some time pointing out the largest previous attack in 2015 when jihadist gunmen stormed the campus of Garissa University hunting down Christian students and eventually killing 148 people. Al-Shabaab claimed responsibility, and even admitted to targeting Kenyan Christians.

Kenya – with a population that is 83% Christian – has served as an easy target for al-Shabaab. Not only is al-Shabaab inflamed over Kenya’s counter-terrorism aid to Somalia, but they also do not like the fact that Kenya has, for decades, served as a host – no doubt a Christian-influenced haven – for hundreds of thousands of Somali refugees.

This brutal attack in Mogadishu unfortunately serves as an unwelcome reminder that Somalia continues to face the challenges of the radical jihadist terrorism infecting their own nation.

To be a Christian convert in Somalia is a certain death sentence. The U.S. State Department’s 2016 International Religious Freedom Report states: “Al-Shabaab continued to threaten to execute anyone suspected of converting to Christianity.”

The report goes on to lament:

Al-Shabaab continued to harass secular and faith-based humanitarian aid organizations, threatening the lives of their personnel and accusing them of seeking to convert Somalis to Christianity. A high-level Catholic Church official, who helped reopened the Catholic church in Hargeisa in October, said “there is no way of having a presence in Mogadishu . . . all pastoral work is done secretly.”

Following any other religion than Islam is clearly socially unacceptable in Somalia with less than 1% of the population constituting a combined membership in other religions. Furthermore, even if practicing another religion is not technically illegal, it is practically illegal. Hence, the Somali legal framework supports the social ostracization of other religions, especially where the Provisional Federal Constitution (PFC) states: “all citizens, regardless of religion, have equal rights and duties before the law, but establishes Islam as the state religion and requires laws to comply with sharia principles.”

Since al-Shabaab began its reign of terror, it has ruthlessly targeted Somalis suspected of Christian activities:

They include a 46-year-old woman shot dead near the town of Jilib after a Swahili-language Bible was found in her shack; a 69-year-old man killed near a port south of Mogadishu after Shabaab fighters found 25 Somali Bibles in a bag he was carrying; and two boys, aged 11 and 12, who were beheaded by the Shabaab after their father refused to divulge information about an underground church.

This extreme persecution has led to the belief that at one point “no more than a thousand Christians” remained in a nation of over 11 million people. That is simply staggering.

This demented jihadist army must be stopped. Al-Shabaab’s brutal persecution and atrocities against Christians can no longer be ignored or tolerated. We must defeat and destroy these Islamic jihadists.