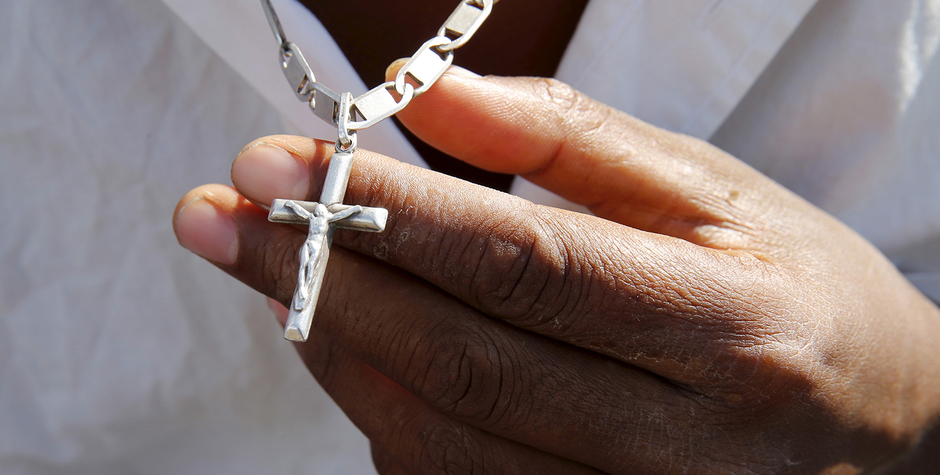 Just last week, the ACLJ announced our seven-point plan to advance the cause of Christians persecuted by the Islamic State (ISIS) genocide in the Middle East.

We are pleased to report that today we took a major step in implementing that plan, mobilizing our affiliate with consultative status at the United Nations (U.N.), the European Centre for Law and Justice (ECLJ).  We just sent a legal letter to U.N. Secretary-General Ban ki-Moon, urging him to recognize the genocide against Christians and to take decisive action.

While we have previously raised this issue at the U.N. in verbal addresses and written submissions, today we sent this letter directly to the Secretary-General on behalf of over 307,000 people who have signed our petition – including people from 147 nations and territories.

As part of our plan, and following up on our successful campaign urging Secretary of State John Kerry to recognize ISIS’s atrocities targeting Christians as genocide (which he did in March and confirmed this week), our focus turns back to the U.N. – which so far, has not taken the critical step of recognizing the genocide.

In our letter, we urged the U.N. Secretary-General to recognize the genocide, and to press the relevant U.N. offices and bodies to do the same. In particular, we stressed the importance of the U.N. High Commissioner for Human Rights addressing the issue at the Human Rights Council’s upcoming 32nd session in June 2016. This is a vital opportunity for the U.N. to squarely address the atrocities, recognize them as genocide, and begin the process of taking concrete action to stop it and protect the victims.

We laid out the case for why the U.N. must formally recognize the ongoing genocide of Christians. We summarized the gruesome evidence that the ongoing atrocities are in fact targeted at religious and ethnic minorities – especially Christians.

And we reminded the Secretary-General that numerous other international bodies have already declared that these atrocities are genocide – including the Parliamentary Assembly of the Council of Europe, the European Parliament, the Holy See’s representative at the U.N. in Geneva as well as Pope Francis, the British House of Commons, the U.S. Department of State, the U.S. House of Representatives, and the U.S. Commission on International Religious Freedom. We said:

As indicated above, a growing number of international bodies have recognised that the ongoing atrocities committed by members of the Islamic State constitute genocide against Christians and other religious and ethnic minorities. On this point, there can now be no meaningful dispute. Your Excellency, it is time for the United Nations not just to join, but also to lead the international community in confronting the ongoing genocide. To do so, however, it must first formally recognise the genocide.

Consistent with our seven-point plan, we explained in our letter that “[o]nce the United Nations recognises the genocide as such, then it may properly mobilise the international community to honour the terms of the Genocide Convention and fulfill its responsibility to protect.”

The “responsibility to protect” is an established U.N. initiative whereby “the international community, through the United Nations” has recognized its

responsibility to use appropriate diplomatic, humanitarian and other peaceful means, in accordance with Chapters VI and VIII of the Charter, to help to protect populations from genocide, war crimes, ethnic cleansing and crimes against humanity.

The responsibility to protect calls for “collective action, in a timely and decisive manner, through the Security Council,”

If this established “responsibility” means anything, the U.N. must act now to stop the current genocide and protect the Christians and other religious and ethnic minorities intentionally and systematically targeted by the Islamic State.

We also called to the Secretary-General’s attention the prosecution tools available to the U.N. to confront and stop ongoing genocide.  The Genocide Convention provides for “international penal tribunals,” which could take the form of ad hoc tribunals established by the U.N. Security Council such as those implemented regarding the genocides in Rwanda and Yugoslavia.  Or, if the U.N. Security Council makes the necessary referral, the International Criminal Court could prosecute members of the Islamic State committing genocide.

The U.N. Charter gives the Secretary-General the power to “bring to the attention of the Security Council any matter which in his opinion may threaten the maintenance of international peace and security.”  That is why our first letter, a key first step in our broader seven-point plan, is directed specifically to the U.N. Secretary-General himself.

As we continue our work at the U.N., we will continue developing and implementing our plan, which calls for:

(You can read more about our seven-point policy proposal here.)

Our government, and the U.N., must do everything in their power to 1) stop the genocide and 2) protect the Christians. So must we.

The ACLJ will continue to stand for our Christian brothers and sisters, and others targeted for destruction by ISIS’s inhuman and genocidal acts of violence. Please stand with us. Add your voice. Sign our new petition (below and) at BeHeardProject.com today, and share it with your friends, family, faith groups on social media.