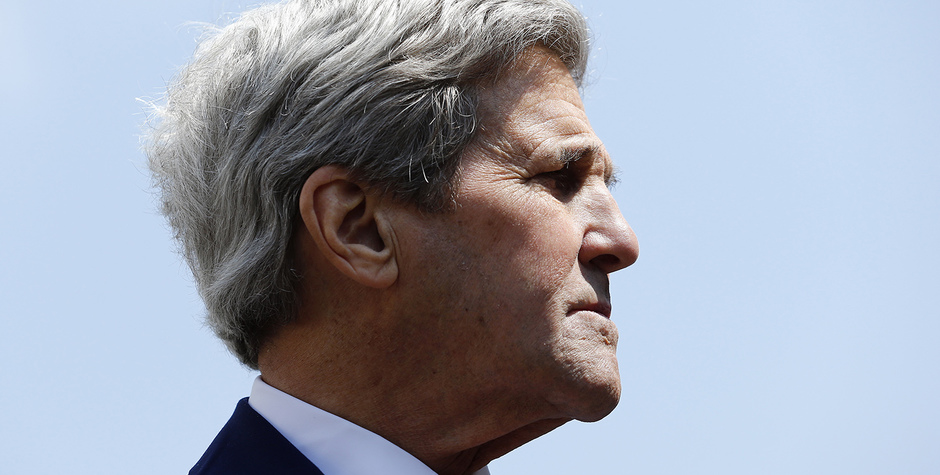 Today we delivered a critical legal letter directly to U.S. Secretary of State John Kerry thanking him for recognizing the “genocide against . . . Christians” and calling on him to fulfill our obligations under the Genocide Convention by first urging immediate action at the United Nations (U.N.) Human Rights Council (HRC).

As you know, the ACLJ has been working tirelessly to advance the cause of Christians in the Middle East who are under continuous genocidal attack by ISIS (the Islamic State). In February of this year, the ACLJ sent a letter to Secretary of State Kerry requesting that he declare that the atrocities being committed by ISIS against Christians are acts of genocide. Shortly thereafter, Secretary Kerry did just that.

On March 17, 2016, he declared that ISIS “is responsible for genocide against groups in areas under its control, including Yezidis, Christians, and Shia Muslims.”

Today, as part of our Seven-Point Plan to 1) stop the genocide and 2) protect Christians, we delivered another letter to Secretary Kerry.  This time, we thanked him for taking a critical stand against the genocide being perpetrated on Christians and for reaffirming his position in recent public remarks. But more importantly, we urged him “to continue [his] pursuit of any and all available means to mobilize the international community to stop the genocide and protect the victims.”

It is vital that the United States fulfill its responsibility to protect religious freedom and the lives of persecuted Christians. This is why in our most recent letter we strongly urged Secretary Kerry to

The timing of this letter is intentional and important. In June, the United Nations Human Rights Council will hold its 32nd Session. As we explained in our letter, “This session provides an excellent opportunity for this critical organ of the United Nations to squarely address the ongoing humanitarian crisis posed by the Islamic State.” As the time for the HRC’s meeting is rapidly approaching, it is important that the United States and Secretary Kerry act quickly and decisively in advancing at the United Nations the cause of those Christians targeted by ISIS. We are optimistic that they will do so.

The ACLJ continues to press forward a strategic effort to do all we can to end this genocide. Earlier we provided you with our Seven-Point Plan in our campaign to stop the genocide and protect Christians. We have already begun implementing this effort and are seeing results.  We recently wrote a critical legal letter to the United Nations Secretary-General.  Just a week later, his representative informed the U.N. Security Council that ISIS may be committing “genocide.”  This was an important step in furtherance of our campaign.

Now, we are preparing written and oral submissions to the United Nations through our affiliate, the European Centre for Law and Justice (ECLJ), which holds special consultative status as an NGO. We are actively engaged in accomplishing the other points as well.

We are seeing progress. In fact, you’ll recall that one of our proposals was the establishment of in-region safe zones – in recognition of the reality that many genocide victims do not want to abandon their homeland. As we recently reported, Congress has embraced our proposal and is advancing such a measure in pending legislation – overwhelmingly passing the House and now making its way through the Senate.

The progress is welcome, but much more work remains to be done. We must end the genocide.

Please stand with us. Add your voice. Sign our new petition (below and) at BeHeardProject.com today, and share it with your friends, family, and faith groups on social media.