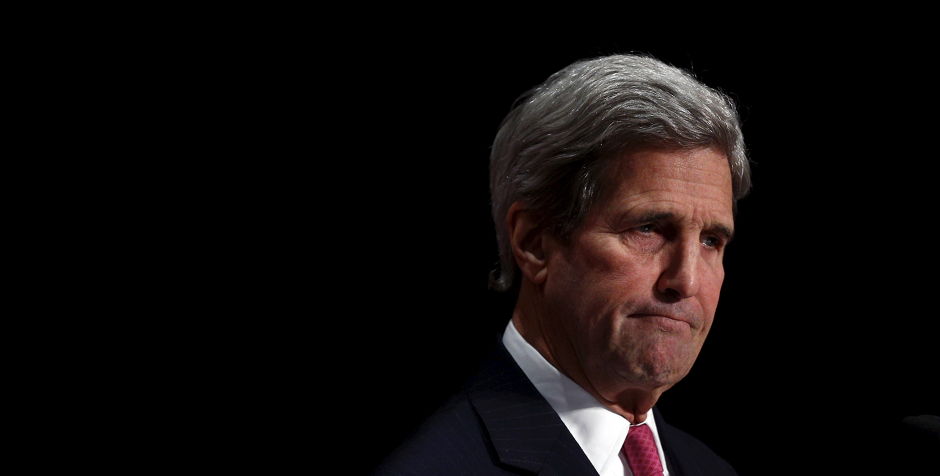 Today, the ACLJ and a number of allied organizations sent a detailed legal letter to Secretary of State John Kerry detailing the ISIS genocide against Christians and other religious minorities in the Middle East.

The letter begins by discussing how the United States Commission on International Religious Freedom, the Holy See’s representative at the U.N. in Geneva, Pope Francis, various U.N. reports, the Parliamentary Assembly of the Council of Europe, and the European Parliament have all declared the ISIS atrocities against Christians and other religious minorities as genocide.  While the European Parliament’s resolution passed unanimously specifically labeled it as a “genocide of Christians,” the Obama Administration continues to say they are concerned with acknowledging the reality of the genocide that is occurring and possible “legal ramifications.”

This designation is vitally important because it requires nations around the world to act together to stop this historic evil.  The United States should not be shirking this responsibility but should be leading the way in fighting this genocide and defending the persecuted that are pushed to the brink of extinction by ISIS.

The facts speak for themselves:

In Iraq and Syria, Christians represent a small minority of the population, making up roughly 8% of the Syrian population and less than 3% of the Iraqi population. The Christian population in both countries is rapidly decreasing. For example, tens of thousands of Christians have fled Syria since the beginning of the civil war in fear for their lives. ISIS’ religion-targeted abuses include “killings, rape, kidnapping, enslavement, theft . . . destruction of religious sites . . . sexual slavery, forced conversion, ransom demands, property seizures, and forced business closures.” In Syria, ISIS has beheaded and stoned men, women, and children for blasphemy, heresy, and apostasy. Within the territories it controls, ISIS demands that Christians convert to Islam, pay a protection tax called jizya, or flee, punishing by death those who fail to comply.

ISIS’ notorious abuses are targeted primarily against religious minorities, including an estimated 200,000 Iraqi Christians in 2014. In June 2014, after ISIS seized the city of Mosul, Iraq, it demanded that Christian residents either convert to Islam, pay a tax for protection to ISIS, or be executed; further, ISIS gave the Christians less than a week (July 14 to 19) to make their decision. Several important religious sites and Christian institutions in Mosul were destroyed.

The most important part of our letter lays out the international legal analysis that requires the United States, the U.N., and the rest of the international community to recognize this as genocide and to act accordingly to stop it.

18 U.S.C. § 1091(a) lists the six specific acts that constitute the crime of genocide if committed by anyone “with the specific intent to destroy, in whole or in substantial part, a national, ethnic, racial, or religious group” regardless of whether committed “in time of peace or in time of war.” Those six acts are:

The question here “is whether ISIS’ commission of killings, rape, enslavement, destruction of places of worship, and forcible religious conversion of Christians in Iraq and Syria because of their religion constitutes the crime of genocide under U.S. law.”

In order to determine whether ISIS’ atrocities against Christians constitute the crime of genocide, ISIS must have committed any one of the six prohibited acts, such as, killing, serious bodily injury, etc., with specific intent to destroy, in whole or in substantial part, Christians because of their religion.

First, it is indisputable that Christians constitute a religious group. It is important to mention that both Christians and Yazidis constitute religious groups, and both have been subjected to similar treatment by ISIS. For instance, ISIS has killed, enslaved, raped, and forced members of both groups to convert or pay ransom or flee the territory. Yet, the U.S. Government is preparing to label ISIS treatment of Yazidis as genocide but not identical ISIS treatment of Christians.

Second, while criminal intent can take several forms, specific intent in the crime of genocide is clearly present if the perpetrator foresaw and desired the wrongful consequences of his act (dolus directus). Genocidal intent can be “derive[d] from the combined effect of speeches or projects laying the groundwork for and justifying the acts, from the massive scale of their destructive effect and from their specific nature, which aims at undermining what is considered to be the foundation of the group.” While ISIS “has been vocal about its ‘genocidal intent’ toward Christians and other minorities,” the natural and intended consequence of killing, raping, enslaving, forcibly converting persons to Islam, and destroying Christian places of worship is the destruction, in whole or in substantial part, of Iraqi and Syrian Christians as a religious group. . . .

There is also overwhelming evidence that ISIS members kill Christian men, and beat, enslave, rape, sell, and kill Christian women because of their religion. These acts are aimed at bringing about the total or substantial destruction of Christians as a group in the territories under ISIS control. As such, these acts constitute the crime of genocide under 18 U.S.C. § 1091(a)(2) by causing serious bodily injury as well as under § 1091(a)(4) by subjecting Christians to conditions of life that are intended to cause their physical destruction in whole or in part. Killing men and capturing women for rape and other sexual abuse would clearly contribute to the physical destruction of Christians as a group. Furthermore, raping and enslaving Christian women would result in prevention of Christian births, § 1091(a)(5), since ISIS adheres to the Islamic belief that children inherit the religion of the father.

We will continue urgently speaking out for our persecuted brothers and sisters in Christ until the U.S. is leading the world to stop this historic evil against Christians and other religious minorities.  Continue to make your voice heard and sign the petition (below and) at BeHeardProject.com.